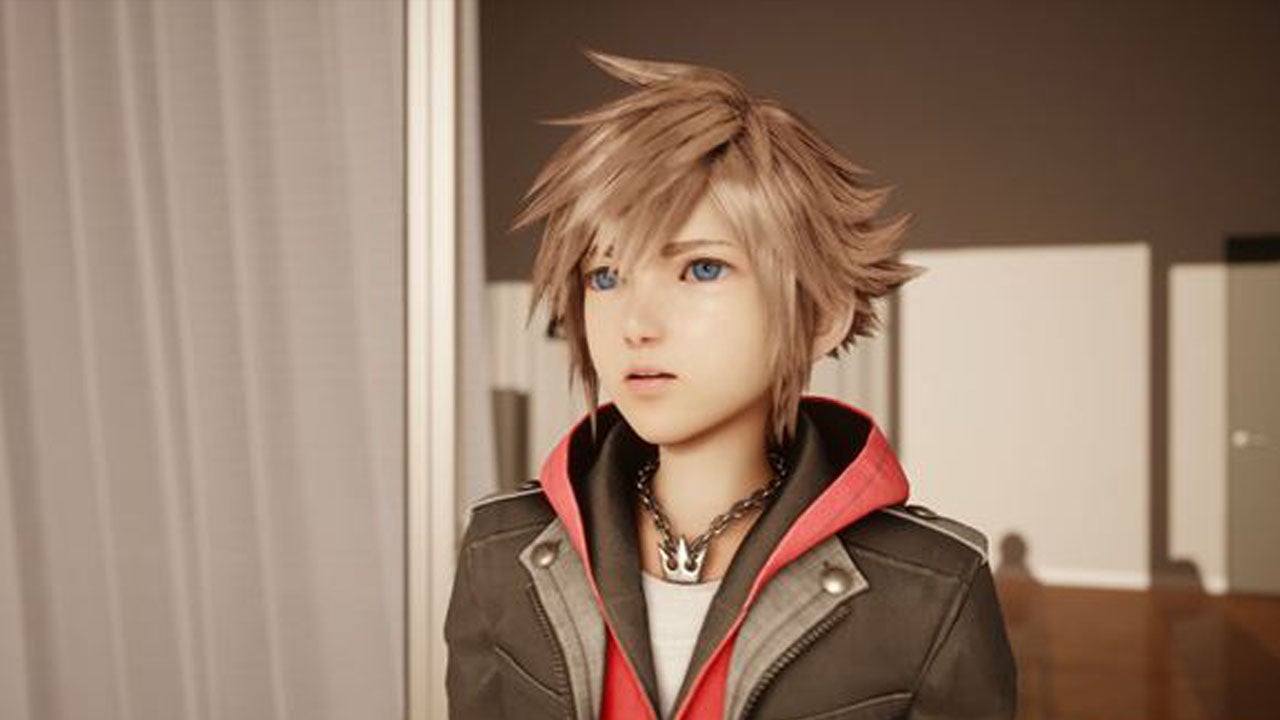 It’s pretty cool to see Kingdom Hearts 4 announced and confirmed. In my opinion the KH series spent way too much time meandering through spin-off adventures of varying importance and quality between its second and third entries – so to know the next numbered game is in development and on the distant horizon is great news for both series fans and the KH-curious who might not want to start out with a side story.

Sure, KH4 might be a long way away, but it’s exciting. Not just because it isn’t a spin-off – but because it’s a fresh start for the series. All of the games leading up to this point were part of the “Dark Seeker Arc”, one massive story that comes to a head in KH3. Much of that arc ends up wrapped up in that game, and so KH4 is an opportunity to have a relatively clean break. That’s even represented in the logo, which breaks several style traditions in every KH series logo up until now.

This opportunity to break free of some of the existing story is crucial. But, honestly, I’m worried that even if Tetsuya Nomura and the KH4 development team follow through on that, they might miss an even bigger, even more important opportunity to pivot and refocus this series.

Here’s what I mean, and how I see it. The original Kingdom Hearts was a wild, whacky crossover of the worlds of Disney and game design from Square’s classic JRPG playbook. Final Fantasy characters appeared in KH almost as a way to give it legitimacy as a Japanese RPG – but it was a Disney game first and foremost. It had its own lore – the story of Sora, Riku, and Kairi – but it was a relatively light-touch story that really existed as a framework to justify world-hopping between Disney universes and experiencing recreations of classic scenes from films.

As Kingdom Hearts grew in popularity, the paradigm began to shift. It’s silly to put such a qualitative thing into numbers, but let’s attempt to do so anyway: if the first KH was 70% Disney and 30% original in terms of focus, KH2 probably made that ratio 50/50. KH3, and some spin-offs, drive hard in the other direction, the inverse of the original game – majority focused on the original storylines and characters, with the Disney stuff relegated, taking a back seat.

It’s not that KH3 has less actual Disney content or characters, but it’s about how that content is deployed. When you visit Toy Story world, more time is dedicated to stuff about ‘Verum Rex’, a KH universe creation, and similar franchise story developments, than cool nostalgic times hanging out with Buzz and Woody. At one point, the Kingdom Hearts narrative was a means to an end – the ends being cool RPG mini-adventures in Disney worlds, strung together by some likable original characters. By KH3, the original ‘epic’ storyline was the end, and journeying through Disney worlds was merely the means, merely a vehicle with which to deliver that story.

If you think Kingdom Hearts’ story is a masterpiece or a convoluted mess isn’t relevant; the point is, it’s become the focus. For some people, knee-deep in that eye-crossing lore, that might be great. For me… not so much.

I dunno, really. I love Japanese RPGs, and I feel that heart-on-sleeve cutesy games of that genre are pretty much ten-a-penny. As are titles that take you on an angst-ridden journey exploring light and darkness. What sold me on Kingdom Hearts back in the day was the Disney aspect; something that I feel has been significantly backgrounded as the series has gone on.

What I really want is for Kingdom Hearts 4 to feel more like the first game, with a less heavy main story to allow for the focus to shift back to a fun roller coaster ride through a bunch of exciting Disney worlds. That’s still the thrill for me; all the more so given all the exciting IP Disney owns now that it didn’t back then. I’d love to see Sora battle Darth Vader, or team up with the Avengers. Who wouldn’t? But that love will quickly wane if most of that time is spent listening to Tony Stark talking about the Power of Waking and Luke Skywalker asking questions about the Keyblade War. Basically, I yearn for a simpler time. KH4, as an arc reset, has an opportunity to give us that.

I don’t really think it will, though. I think the overwhelming likelihood is that Tetsuya Nomura and the other creative leads of the KH series are keen to start a new epic arc that’ll be as involved as KH3 from the word go. A lengthy announcement trailer that featured only the briefest of glimpses of anything truly Disney feels like it sets the tone.

Fans are already freeze-framing pieces of that trailer with interesting results. Many feel certain that they’ve spotted a first glimpse of Star Warts in KH – what might be the foot of an AT-ST in a forest location that could well be the moon of Endor. That’s exciting, if true – but how much I really enjoy that will depend on how that level is presented, and if it’s allowed to shine and be the star of its section of the game. Truly doing that requires a tonal shift, and a willingness to focus just a little less on KH’s lore. I’m not convinced that’ll happen, though I really hope to be proved wrong.