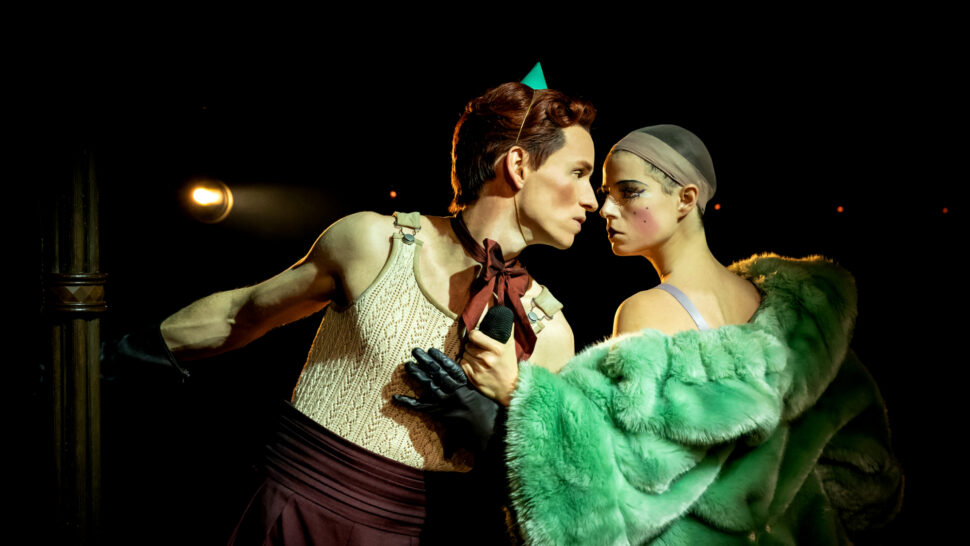 A revival of Kander and Ebb musical Cabaret was the big winner at Sunday’s Olivier Awards in London. Cabaret At The Kit Kat Club scooped seven of the prestigious trophies, including Best Musical Revival and Best Actor and Actress in a Musical for Eddie Redmayne and Jessie Buckley, respectively. Redmayne plays the Emcee while Buckley is Sally Bowles. (Scroll down for the full list of winners).

Held at the Royal Albert Hall, the Oliviers ceremony was the first time the event took place in person since the start of Covid. It was also an opportunity for host Jason Manford to get in some references to the recent Oscars ceremony scandal. According to the BBC, Manford appeared on stage before the proceedings began and quipped, “There will be moments where I’ve got to fill a bit of time when they’re changing the set, so I’ll come out and have a chat with some of you guys in the audience. Please don’t slap me in the face.”

During the ceremony, the comic added, “I’m a comedian, and this is an awards ceremony, and those two things have not gone down well together lately. So before we get into this properly, let me tell you, I think all your hair looks lovely, and I will very much be keeping your wives names out of my chuffing mouth this evening… This is an evening of back-slapping, not face-slapping.”

Among other wins, Cabaret also took prizes for Rebecca Frecknall’s direction as well as Supporting Actor and Actress in a Musical nods for Elliot Levey and Liza Sadovy.

Lolita Chakrabarti’s stage adaptation of Life Of Pi did nabbed five awards including Best New Play and Best Actor for Hiran Abeysekera. In a twist, the seven actors who play the Tiger were named Best Actor in a Supporting Role.

This year’s Best New Musical was Back To The Future – The Musical, which opened at the Adelphi Theatre in September 2021.

Best New Musical
Back To The Future – The Musical

Best Entertainment or Comedy Play
Pride And Prejudice* (*Sort Of)

Best Original Score or New Orchestrations
Simon Hale for Get Up, Stand Up! The Bob Marley Musical