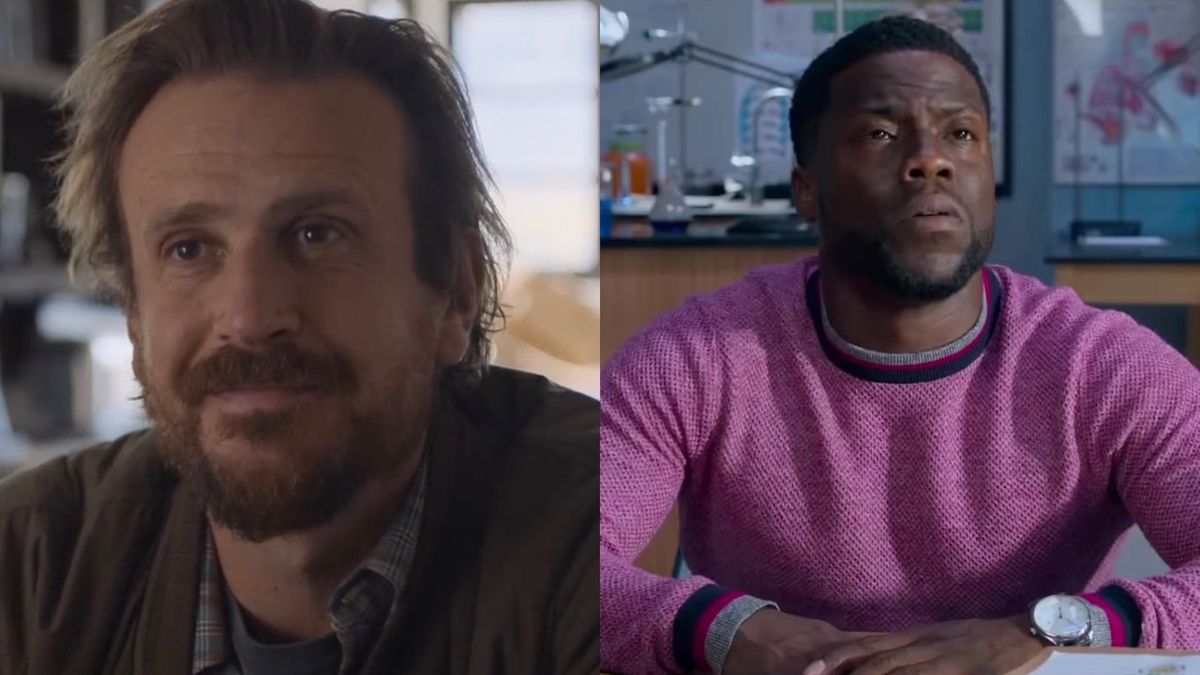 In Hollywood, it isn’t hard to imagine certain actors working together on projects that never caught on. One such show is the classic college comedy Undeclared., which can be streamed with an Amazon Prime subscription. The show was the brainchild of Judd Apatow as a follow-up to another cult classic – NBC’s Freaks and Geeks, which Jason Segel starred in, among many others. Of course, some Freaks and Geeks actors filtered over to the underrated Fox comedy. This led to Segel and a then-unknown Kevin Hart becoming roommates, and even as a Hollywood newbie, the How I Met Your Mother star recalled how the Jumanji: Next Level actor was the hardest working guy in the business.

Their real-life situation mirrored their characters in the college-centric comedy. Kevin Hart played Bible-thumping co-ed Luke opposite Jason Segel’s copy shop owner Eric. The comedic actors played well off each other during the series’ short run. That was part of Apatow’s master plan, according to Segel. The actor spilled on Jimmy Kimmel Live! how the whole scenario played out:

Being two young men sharing a small space could’ve spelled disaster, but it seemed to have the opposite. As Jason Segel told the story, it appeared that he and Kevin Hart formed a bond that is still intact, and the Hollywood star we know today was just part of the Ride Along actor’s DNA. Hart was meant to be a major star as he practiced his craft even as an LA transplant. His determination and drive have always been there, so the comedian with his hands in every field has been there since the beginning.

Kevin Hart hasn’t been shy about his rise in Hollywood. Hart spoken up a few times about his failures and maintaining his well-earned success in the entertainment industry. He even reflected on little moments that jumpstarted his career, like his cameo in Terror Squad’s “Lean Back” music video as a crucial step in his ascension. Despite hs incredible fame and success, Kevin still has goals to fulfill, like becoming a billionaire. His work ethic and determination are inching him closer to that status, as seen in Hart’s recap of his biggest 2021 moments.

Along with Kevin Hart and Jason Segel, Undeclared was stacked with future stars, with Seth Rogen, Charlie Hunnam, Jay Baruchel, and many more either starring, recurring, or appearing in guest spots. Despite receiving critical acclaim, much like its predecessor Freaks and Geeks, it was canceled after one season due to low ratings. In the two decades since Undeclared‘s cancellation, the Fox sitcom has increased its following and become regarded as an underrated classic.

Keep checking back with CinemaBlend for more updates on both Jason Segel and Kevin Hart’s careers. The former most recently starred in Netflix’s Windfall, and the latter can be seen later this year in The Man from Toronto and heard in DC League of Super-Pets.