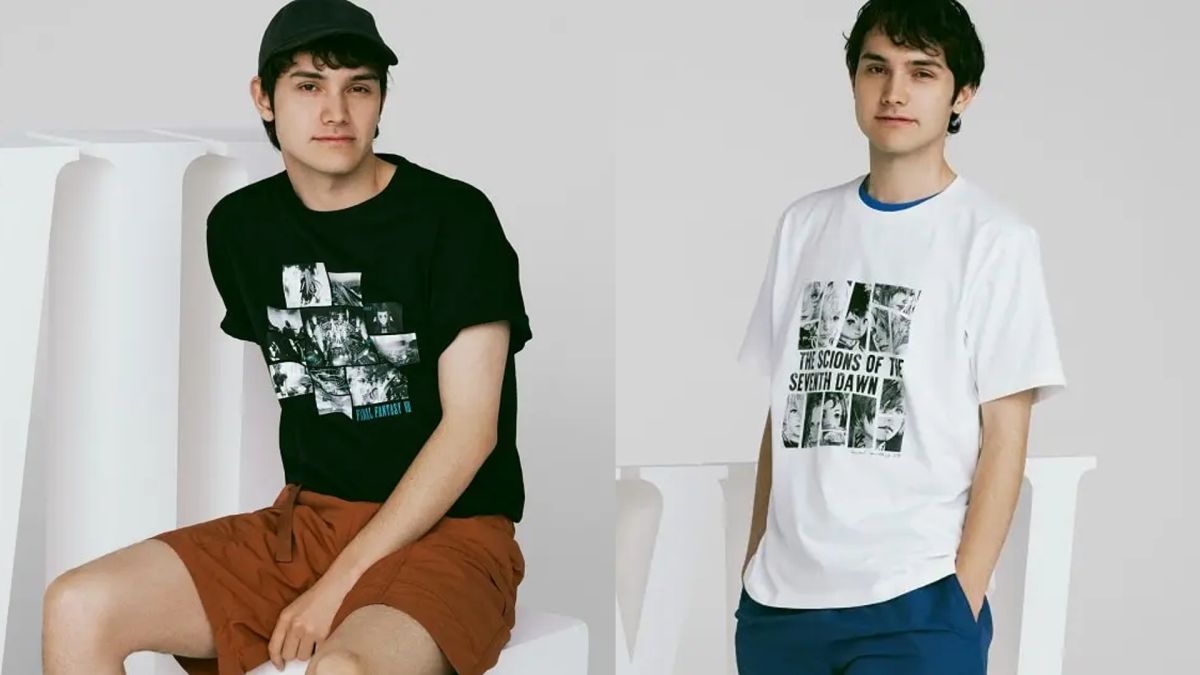 It’s Final Fantasy’s 35th anniversary (opens in new tab) this year, which is slightly terrifying. The first game was released in Japan in 1987 and since then we’ve seen 15 main games, countless spin-offs, and you best believe there’s more to come.

There have been a couple of celebratory goodies like a rearranged version of Prelude and some fantastic artwork, but nothing super major yet. It looks like that’ll be changing soon though, as clothing brand Uniqlo has accidentally leaked an upcoming collection of Final Fantasy-themed t-shirts (thanks, Kakucho Purei (opens in new tab)).

There are 16 shirts in total, one for every main game in the series. It’s part of Uniqlo’s UT line, which houses a whole load of neat pop-culture-themed lines, from Disney to Jujitsu Kaisen.  They all look pretty damn dope, but my personal favourites have to be the shirts for the original Final Fantasy and Final Fantasy 10. The shirts originally popped up on Uniqlo’s Vietnam site, but have since vanished.

When they’ll be officially launched is yet to be seen, but I have a feeling I’ll be scooping up a few of these myself when they finally do land. You can peep each of the t-shirts now and decide which ones are your favourites. It’s pretty neat of them to add Final Fantasy 16 (opens in new tab) into the mix too, despite not having a release date. The last we heard is that the game is six months behind the development, but Square Enix says to expect more news in Spring 2022.