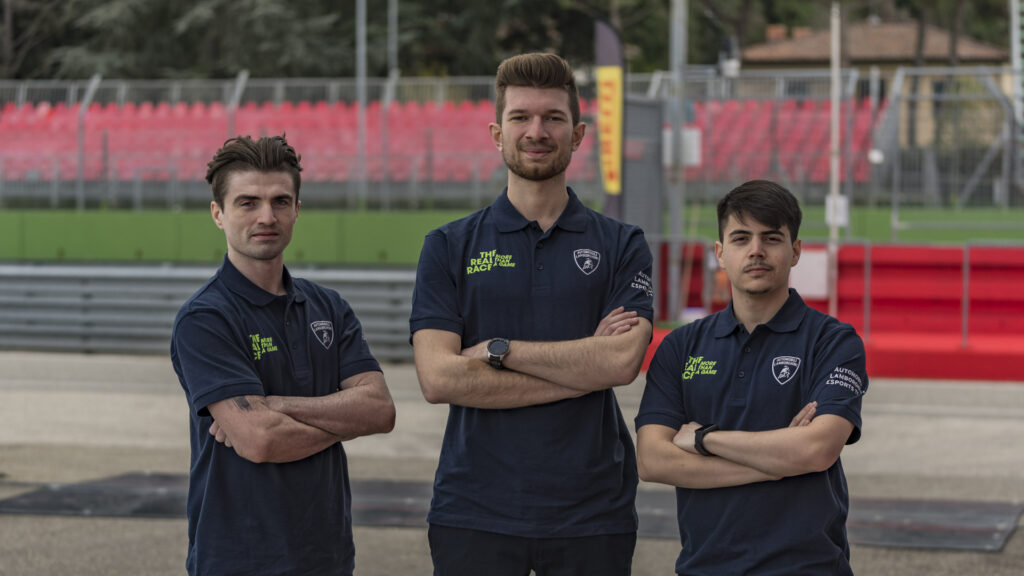 Italian car brand Automobili Lamborghini, owned by the Volkswagen Group, has launched its own esports team and signed three sim racing drivers to its roster.

Interestingly, the new members of the Lamborghini esports team will be supported directly by Squadra Corse, Lamborghini’s in-house racing team.

The car company will dedicate a team principal, driver, coach and engineers to the esports project. The staff members will help by offering their expertise in the development and analysis of telemetry data.

Lamborghini said in a release that the company was impressed by the success of The Real Race, a one-make virtual tournament that Lamborghini founded in 2020. The car manufacturer also announced the return of the Real Race in 2022, with dates announced in the following weeks.

Automobili Lamborghini’s Head of Motorsport Giorgio Sanna said: “Sim racing is an important platform in today’s motorsport scene. Video games were born to allow those who didn’t have opportunities for real-life racing to impersonate professional drivers.”

Sanna continued: “Now, after several decades of development in the industry, simulated racing is getting closer and closer to its real-life counterpart and now has nothing to envy from professional motorsport.”

Jordan Sherrat, Gianfranco Giglioli and Giorgio Simonini will join the team as drivers.

Esports Insider says: With the backing of Lamborghini’s in-house racing racing team, it will be interesting to see how the team performs in the world of sim racing. Lamborghini is not the only car brand to have an esports team, but it is good to see such a high-profile brand fully committing to esports.