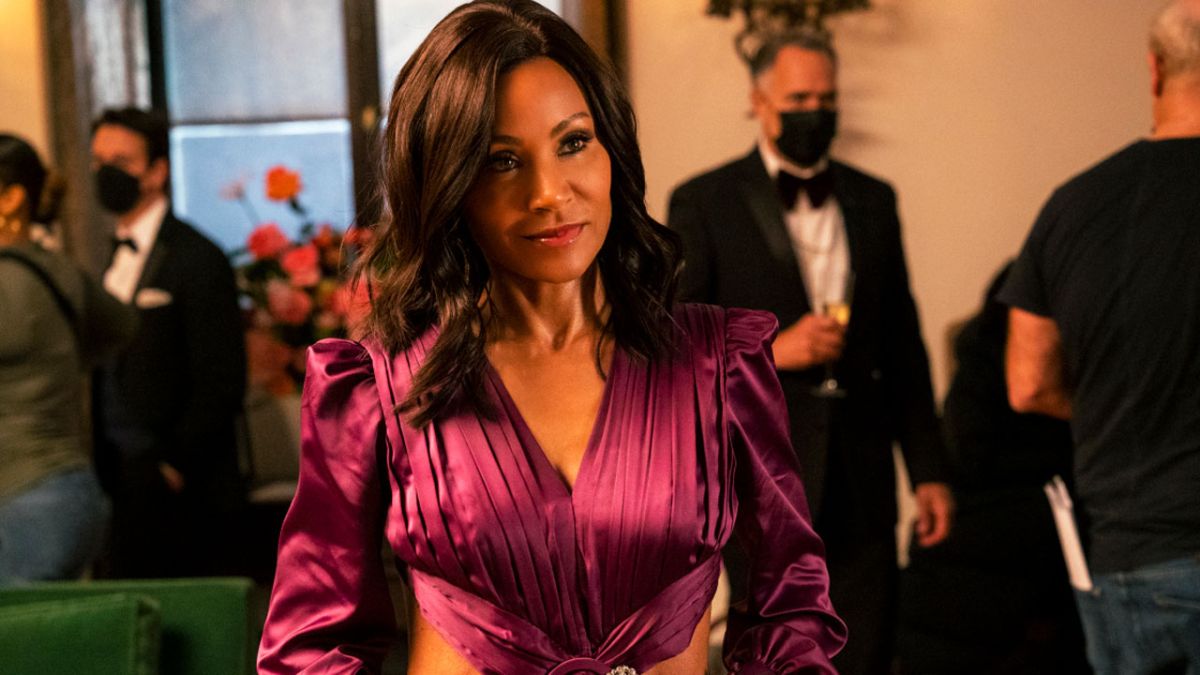 Jada Pinkett Smith’s been all over the awards red carpets this season in support of her husband Will Smith, who landed plenty of nods for his work in King Richard. However, after the kerfuffle between Will Smith and longtime comedian Chris Rock at the 2022 Academy Awards ceremony last month, Jada Smith hasn’t been on the red carpet much. That is, until this week, when she stepped out in a regal gold look for a charity event.

Taking to her own social media, Jada Pinkett Smith shared a look at her dress before attending a function for the Debbie Allen Dance Academy. The Academy is actually non-profit which strives to “expanding the reach of dance & theater arts for young people,” per its Instagram page. Pinkett herself said she chose gold on Debbie Allen’s suggestion. Take a look.

The event itself was in support of the Rhimes Performing Arts Center, and Shonda Rhimes herself was in attendance, as Pinkett Smith shared in a separate red carpet post, which you can see on Instagram. The Smith family was also seemingly supportive of the endeavor, as a studio in the new institution is named after them, per Broadway World.

Samuel L. Jackson and LaTanya Richardson Jackson were also in attendance, but Jada Pinkett Smith flew solo for this event. This is despite the fact a “fly aerial studio” will be named for both Will and Jada’s family.

Strikingly, this was Smith’s first public appearance since Will Smith officially resigned from the Academy after slapping comedian Chris Rock during the live broadcast. The comedian had seconds before made a joke about Pinkett Smith’s hair during the Oscars awards. Unbeknownst to Rock, the Gotham and Matrix 4 star suffers from alopecia. Jada Pinkett Smith had shaved her head last summer after she and Will Smith’s daughter, Willow, had suggested she “let go.”

Meanwhile, if you’re going to get back into the red carpet game after a whole big online brouhaha, you might as well look fierce. Earlier this year, Jada Pinkett Smith opened up about some of the red carpet moments she’s loved in the past and some she felt like she was simply following the crowd. She also admitted on TikTok that she’d had to be sewn into her Matrix Resurrections premiere dress after the zipper broke just before showtime!

The gold dress, unlike the red one she wore for her Matrix 4 premiere is sleek and stylish, but looks super comfortable too. When you know all eyes are on you on the red carpet, that’s exactly the look you should go for.