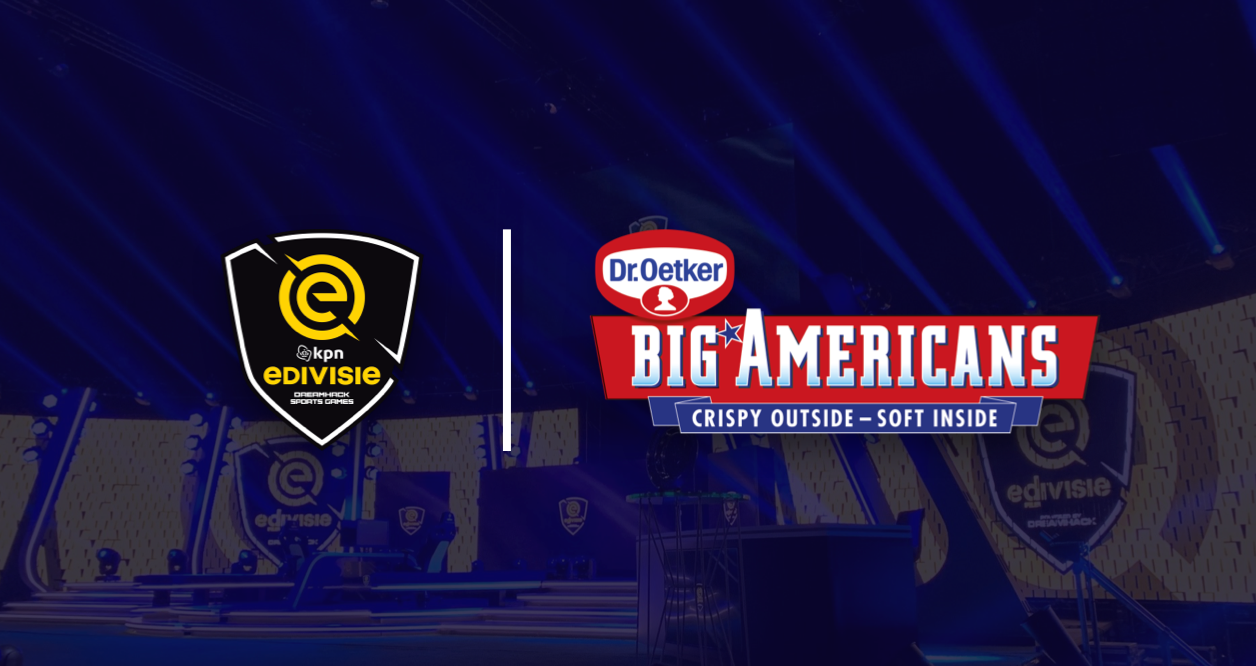 The KPN eDivisie Finals is the culmination of the 2021/2022 season, and will take place June 4-5th during GG22, DreamHack’s sports gaming festival.

The event will round out KPN eDivisie’s fifth season, and award €50,000 (~£41,800) in total prize winnings. Last year, eDivisie struck a two-and-a-half year partnership with Dutch telecom giant KPN, which included naming rights for the tournament.

Dr. Oetker has sponsored esports tournaments in the past, including the League of Legends Premier Tour in 2019.

Dr. Oetker Brand Manager Ezra van der Heijde commented on the partnership: “We are really thrilled about this partnership and we think there is a perfect match between Big Americans lovers and the fanbase of KPN eDivisie.”

Henry Owen, Head of Brand Partnerships at DreamHack Sports Games, added: “We’re excited to welcome one of the Netherlands’ most loved brands to the KPN eDivisie portfolio of partners. We know that Big Americans resonates strongly across our fanbase and the partnership will enable us to further establish the KPN eDivisie brand and its community.”

Esports Insider says: Dr. Oetker is a legacy brand in Europe, having been founded in 1891, and its Big Americans brand is the DiGiorno’s equivalent of pizza in Germany for you folks reading from the states. We’re still interested to see what sort of ‘money can’t buy experiences’ the brand will put on during GG22, but we’ll probably have to wait until the summer to find out.

Find out about ESI DC