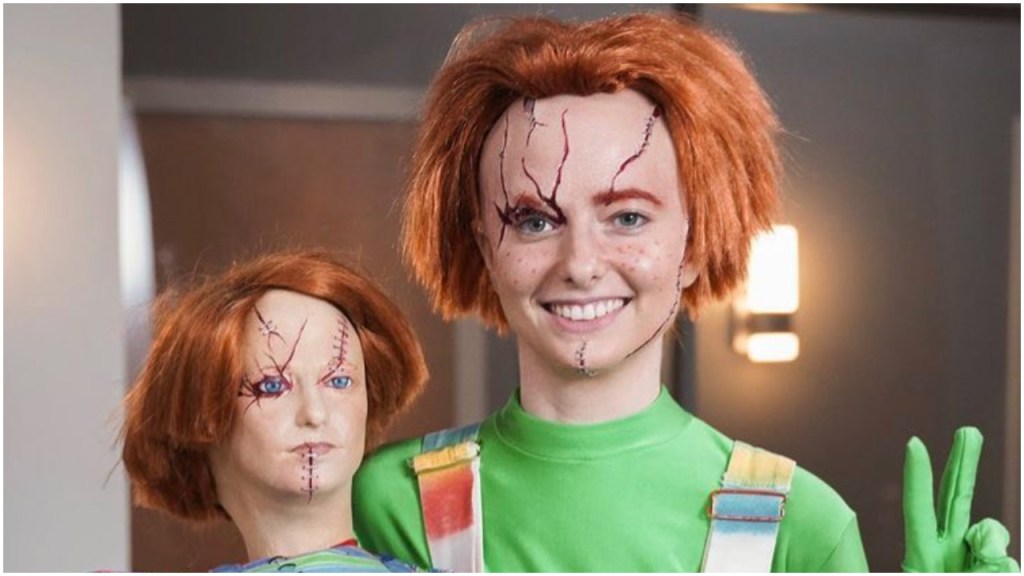 Imagine if Chucky was a workplace comedy.

That was the basis for a nice bit of NBCUniversal synergy as Saturday Night Live parodied the Syfy drama star.

Sarah Sherman starred as the killer doll in a sketch that saw the knife-wielder brought in front of Jake Gyllenhaal’s HR manager after attempting to stab Chloe Fineman, Ego Nwodim and Melissa Villaseñor.

“Chucky, I understand when your feelings get hurt, your first reaction is violence,” said Gyllenhaal.

The series, which comes from Don Mancini, was a breakout for NBCU, reaching 11.6 million viewers in its first season across all platforms.