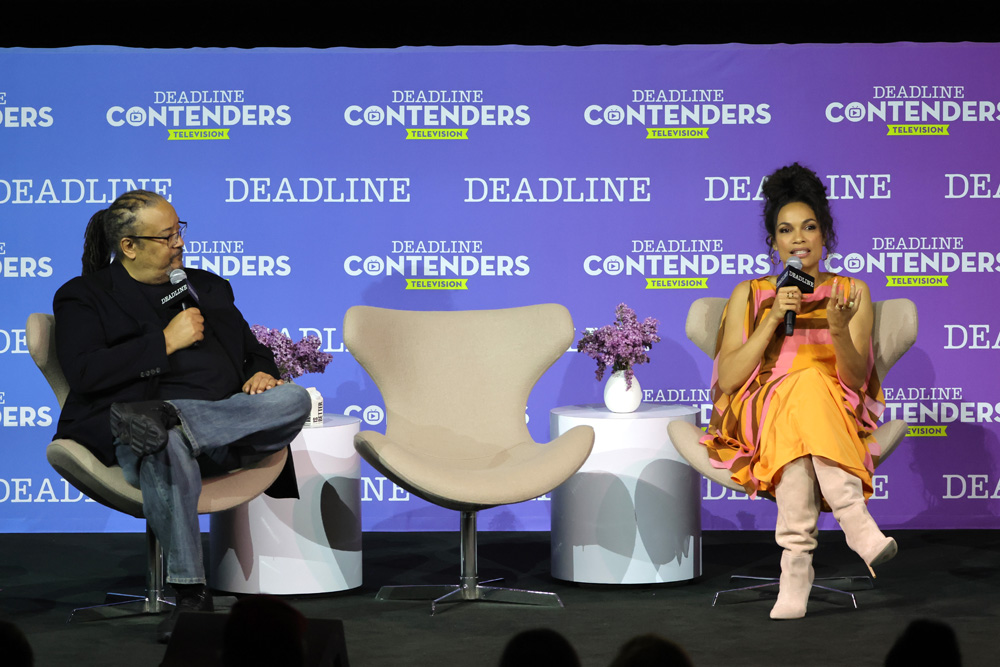 Rosario Dawson knows a little something about living in desolation. While discussing her dystopian drama DMZ at Deadline’s Contenders TV event Sunday, the actress recounted her Coney Island roots and how her surroundings looked very similar to the world that HBO Max built for the limited series.

“I grew up on the lower Eastside, born in Coney Island, and grew up in an abandoned building,” said Dawson, who was joined onstage by director/executive producer Ernest Dickerson. “That neighborhood was, like, bombed out. As a community we knew that no one was coming to rescue us. We had to work together to create community.”

Based on the DC Comics title of the same name, DMZ is in an apocalyptic drama that takes place during the second Civil War. Dawson plays Alma Ortega, a medic traveling through the demilitarized zone of Manhattan Island who becomes a symbol of hope for those who are cut off from the rest of the world. Ava DuVernay was also a director and executive producer on the project.

“[This is about] the folks left behind when the bridges and tunnels are cut off,” Dawson says. “They are tenacious and they are resilient. Everybody is doing heroics things. Communication is the key to this entire show. When you communicate you can build broken bridges.”

DMZ couldn’t be more timely, insists Dickerson. “It’s scary but there are lot of people trying to force us into a second Civil War. Everyone has to vote in next election. All politics are local, and that’s what speculative fiction is always good for. It shows us the dangers that we are facing and if are smart enough, find ways to avoid it.”

Dynamite’s top characters will star in FAIRY TALES this summer
Nipsey Hussle Estate Drops Cannabis Documentary Ahead of New Store Opening
World of Warships: Legends Spring Update is Now Live
Esports Scotland partner with Strive Sponsorship
The Next Mafia Game Will Reportedly Be Set In Sicily and Follow the Family of Don Salieri