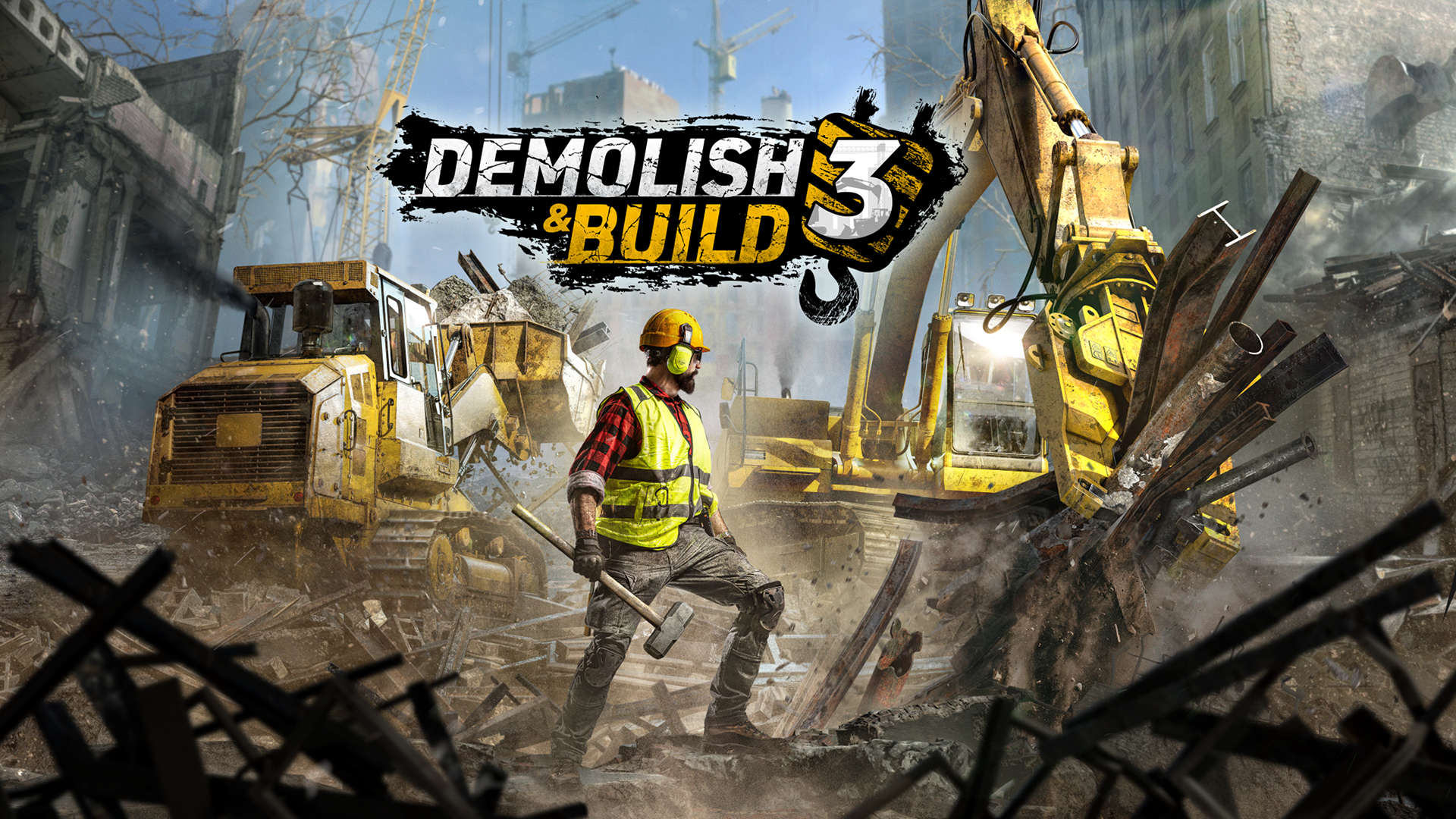 We can’t pretend we were overly enthused by the release of the original Demolish & Build on Xbox – in fact, whilst our review pointed out that it could occasionally be fun, for the most part it was a bit of a throwaway title that was easily forgotten. Now though the teams behind the franchise are back, confirming Demolish & Build 3 will be coming to PC, Xbox, PlayStation and Nintendo Switch. And yep, we don’t know what happened to Demolish & Build 2, either.

Due to hit PC first, swiftly followed by launch on Xbox One, Xbox Series X|S, PS4, PS5 and Nintendo Switch, Demolish & Build 3 is the next iteration of the physics based simulator that focuses on a construction and demolition company.

2023 is the release window year, yet the creators explain that this is a fresh start for the series. The new version will offer an authorial, very advanced demolition system and extensive management options. Coming from Demolish Games S.A., which is currently working on a stealth action game World War II: Underground, they’ll be handling both development, and publication of Build & Demolish 3.

It’s a game in which you’ll be found taking on the role of the head of a demolition company. The gameplay is focused on carrying out both demolition and construction work around different buildings, as well as managing and expanding the company. Those behind it are promisinga vast array of tools and construction vehicles, for various types of work. The likes of a good old hammer, excavators and large cranes are sure to appear.

“It’s a new start for the series. In Demolish & Build 3 we offer players a new quality. The game is much better and much more detailed than the previous titles. Just to name some of them, we have prepared a realistic demolition system; work with heavy machinery, which accurately reflects how it’s being operated in real life; and all of this balanced between playability and realism” – said Paweł Dywelski, CEO, Demolish Games S.A.

Demolish Games are keen to point out another important gameplay element, besides the construction and demolition works, will be the company management. The player will buy the equipment, hire employees and assign them tasks, as well as take care of the expansion of the company’s headquarters. Executing orders will allow for the further development of the company. As they progress the player will gain access to more complicated and challenging tasks.

Every fragment of Demolish & Build is composed of a specific material with its own parameter regarding resistance to damage of a specific type. The individual objects are physically connected to each other, which means that they will be subjected to realistic pressure forces. As a result, the structures will additionally influence each other. In practice, the system is based on physics, which gives the demolition process a very realistic character.

“One side of Demolish & Build 3 lets the player run and develop the company, and the other allows them to independently carry out construction and demolition works, for example, handle a hammer in their hand or control an excavator. Players will be able to fully realize their destructive and building desires” – said Paweł Dywelski.

Get set to experience Demolish & Build 3 in 2023 on PC, followed by versions for Xbox One, Xbox Series X|S, PlayStation 4, PlayStation 5 and Nintendo Switch. Check out the trailer below, and hit up the Steam page if you wish to know more.