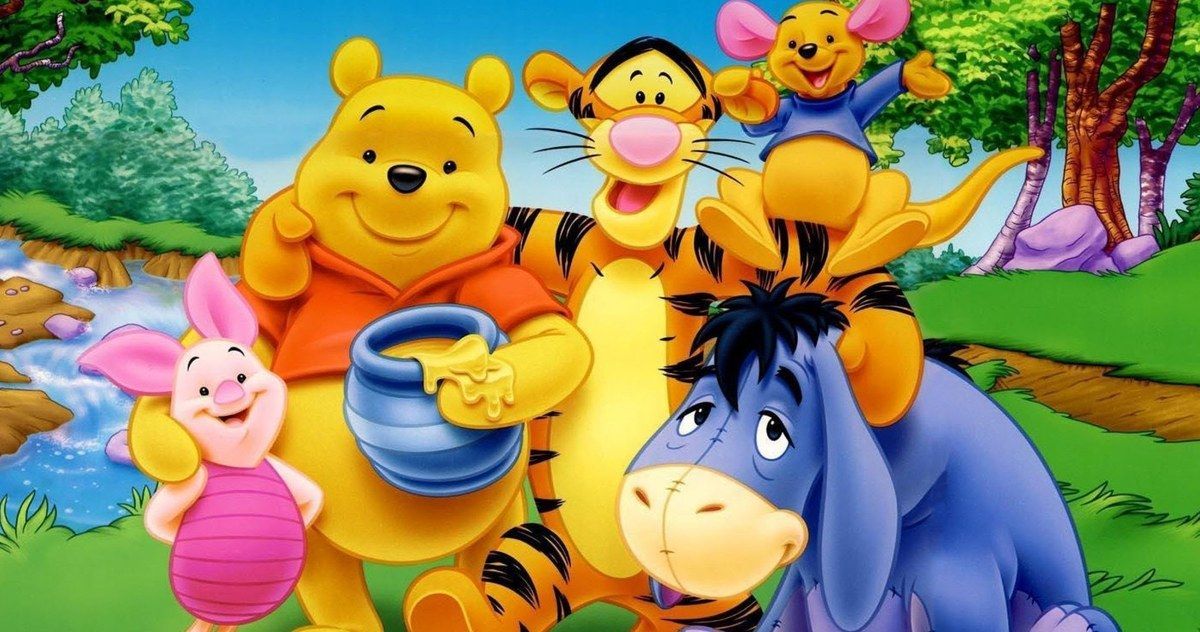 Baloo, Paddington, Yogi, Ted – there are a heap of fictional bears in cinema, but there’s only one that surely comes to mind at the mention of bright orange fur, a cherry colored crop top, and, most notably, an obsession with honey. Winnie the Pooh is quite a well-known chubby little cubby all stuffed with fluff. He’s been part of the Disney animated movie franchise since the 1960s and is still making his way on-screen in recent years. His most up-to-date journey to the big screen was in 2018, in Disney’s live-action Christopher Robin film, starring Ewan McGregor. The once-2D-animated Pooh was turned into a lifelike cozy teddy bear, seen along with an adult Christopher Robin and all of their woodland friends.

With Pooh comes a club of forest critters, hopping, flying, and sulking their way through the Hundred Acre Wood. From an orderly rabbit to a gloomy donkey, there are enough personality traits from the creatures of Winnie the Pooh for anyone to find a character to relate to. While some may connect to viewers more than others, in the end, there has to be someone you’d end up with at the conclusion of a “Which Winnie the Pooh character am I?” questionnaire. There’s a Winnie the Pooh character for all, and here is how they each rank by relatability.

Owls are generally seen as a symbol of wisdom and that’s exactly what Pooh’s character, simply called Owl, is known for. With brown feathers and a British accent, Owl is seen as the elderly mentor of the bunch. Although he and his friends see himself as a brainiac, Owl isn’t as smart as he thinks he is, thus thinking very highly of himself. Despite misspelling his own name, Pooh still appreciates Owl’s guidance.

Rabbit is the yellow, garden-loving one of the bunch. Rabbit knows how to have fun, often spending time drinking tea or ice skating, but when he gets riled up, he becomes a super control freak. Still, despite often being vile and uptight, he still has a soft spot for his friends, tolerating Pooh coming over and eating his food, or Tigger’s constant sneak attacks that typically result in the destruction of his prized garden. When in doubt, it’s Rabbit to the rescue!

Being a child, Roo is the youngest and tiniest member of the Winnie the Pooh group. A joey, Roo is jumpy and adventurous à la common childlike energy. Roo is fearless, never being afraid, even in frightening situations like being stuck in a tree, trapped in a river, or venturing out to find a mysterious elephant — or “heffalump.” And after doing so, he was even the first to befriend the purple pachyderm, kick-starting a friendship between it and the other animals of the woods.

Roo’s kangaroo mother Kanga is a down-to-earth mother figure to all. Kanga is sweet and nurturing, and very tame compared to her adventurous child. She spends her time tidying up and tending to her son, and has a close bond to everyone else, especially Tigger whom she treats like her own. In fact, Kanga is one of the few that Tigger does not pounce upon when seeing — except for that one time on Valentine’s Day because, “You always bounce someone you love.”

Winnie the Pooh is innocent and childlike, and nice to everyone he meets. When he isn’t sticking his head into an exceedingly large jar of honey, he’s plainly enjoying the life around him. Pooh is always optimistic and courageous. His little-brain mentality makes him incredibly naive but to the point that it’s seen as adorable with Pooh saying things like, “People say nothing is impossible, but I do nothing every day.”

T-I-double Guh-Er spells Tigger, or at least that’s how the eccentric tiger spells his name out. As stated above, Tigger is known for approaching his friends by catapulting himself onto them and rolling them to the ground. He even calls himself the greatest bouncer in the Hundred Acre Wood, often jumping up and down on his tail. Very rarely do we see Tigger unhappy, with the orange fuzzball having such a positive outlook on life. He is loving and friendly to everyone, and always supportive of his friends.

Like Roo, Piglet is tiny but unlike Roo, Piglet is neither bold, nor extreme. He is, however, extreme…ly shy and fearful. The little piggy is afraid of almost everything but he has attempted to get over these fears. Usually, he is more willing to stay home, away from the danger but in the end he tags along anyway so as to not miss out on being with his friends. Aside from his fears, Piglet is very creative and can invent anything with contraptions around him.

Christopher Robin is relatable in the way that he’s, well, a human being. The young boy acts as a caretaker to his stuffed animals, whom he sees as anthropomorphic creatures. He is friendly, smart and adventurous with his escapades leading to him having gotten in trouble with his mom. Winnie the Pooh is Christopher’s best friend, and despite being young, he is aware that childhood is temporary and that one day he won’t have Pooh beside him. But when he grows up, he reunites with all the animals, Pooh being the first.

Eeyore is a sad, gloomy donkey contradicting nearly all of his friends, especially Tigger. Being dull is his entire personality, and truthfully, he seems content with it. He appreciates his friends’ efforts to put him in a good mood, and he is a great pal in return. Some say Eeyore’s tail being nailed to his behind puts him in a bad state of mind, but even though he doesn’t like it, he says nothing better can replace it. Unsurprisingly, the sad creature loves sad stories, but only because they help him to be thankful for what he has. We’ve all felt like Eeyore before, even if not to this extent, but regardless of being sad, he still maintains enough of a positive perspective, especially when it comes to his friends.