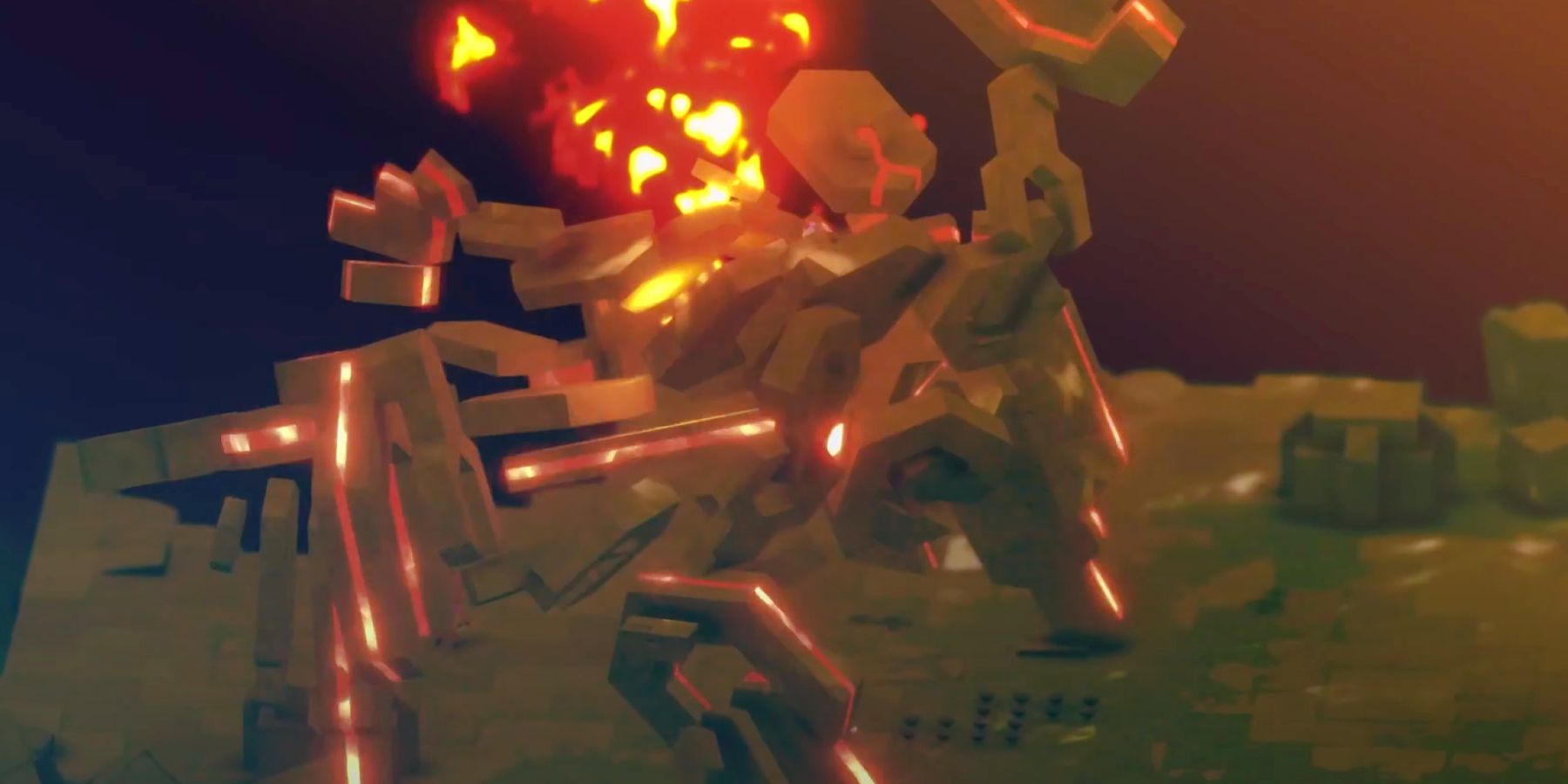 The Siege Engine can be found inside the Eastern Vault in Tunic, and it is a tough boss to defeat. In order to fight this boss, players will need to complete the Fortress of the Eastern Vault, which is located north of the entrance for the East Forest area visited at the beginning of the game. The Siege Engine guards the red gem, which is one of three objects that need to be delivered to the Sealed Temple.

Before players can fight the Siege Engine, they will need to ring the two belltowers in Tunic. This will open up the Sealed Temple as well as lead to some valuable equipment and upgrade items in Tunic. Once the Sealed Temple is accessible, players will be able to examine the three pedestals inside and start looking for the red, green, and blue gems. Although the gems can be found in any order, it’s recommended that the green gem in the Great Library is obtained first, then the red one.

To reach the Siege Engine and the red gem, players will need to activate all of the pillars in the Fortress of the Eastern Vault area. There’s a connector on the ground leading to each inactive pillar, and players will need to pray to turn them on. Praying can be done by holding down the dodge and run button for three seconds. Once every pillar is activated, the large golden doors will open up and lead into the Siege Engine boss arena.

Obtaining The Red Gem From The Seige Engine In Tunic

The Siege Engine uses a variety of attacks that players will need to dodge throughout the fight, but the arena is big enough to move around without getting trapped by this difficult boss. While some of the Siege Engine’s attacks can be deadly, it won’t be able to strike backward, so it’s recommended that players stay behind it as much as possible. The two vulnerable spots on the Siege Engine are its face and the glowing orb on its rear.

Melee attacks from the Siege Engine include swiping at the fox with its legs, lunging its body forward, and slamming down. The Siege Engine can also unleash a barrage of bombs, fire lasers, and shoot an energy beam in front of it that sweeps across the arena. Some attacks can be blocked with the shield, but it uses less stamina to dodge or run from them. If players have any explosives, they can be used to deal a good amount of ranged damage. Players can also use the magic staff to help drain the Siege Engine’s health, but it’s not as effective.

Defeating the Siege Engine is necessary for obtaining the red gem in Tunic. The best strategy for defeating the Seige Engine is to stay behind the boss as much as possible and target its glowing orb to deal the most damage. Having stat upgrades like health, attack, and stamina will make the fight much easier. If players are having difficulty winning the battle, they can explore for more upgrade items or turn on the invincibility mode from the pause menu. Once the Siege Engine is down, a rod can be collected and used on the platform at the bottom of the stairs. The red gem will be revealed and can then be delivered to the Sealed Temple in Tunic.

Next: Where To Find The Blue Gem in Tunic