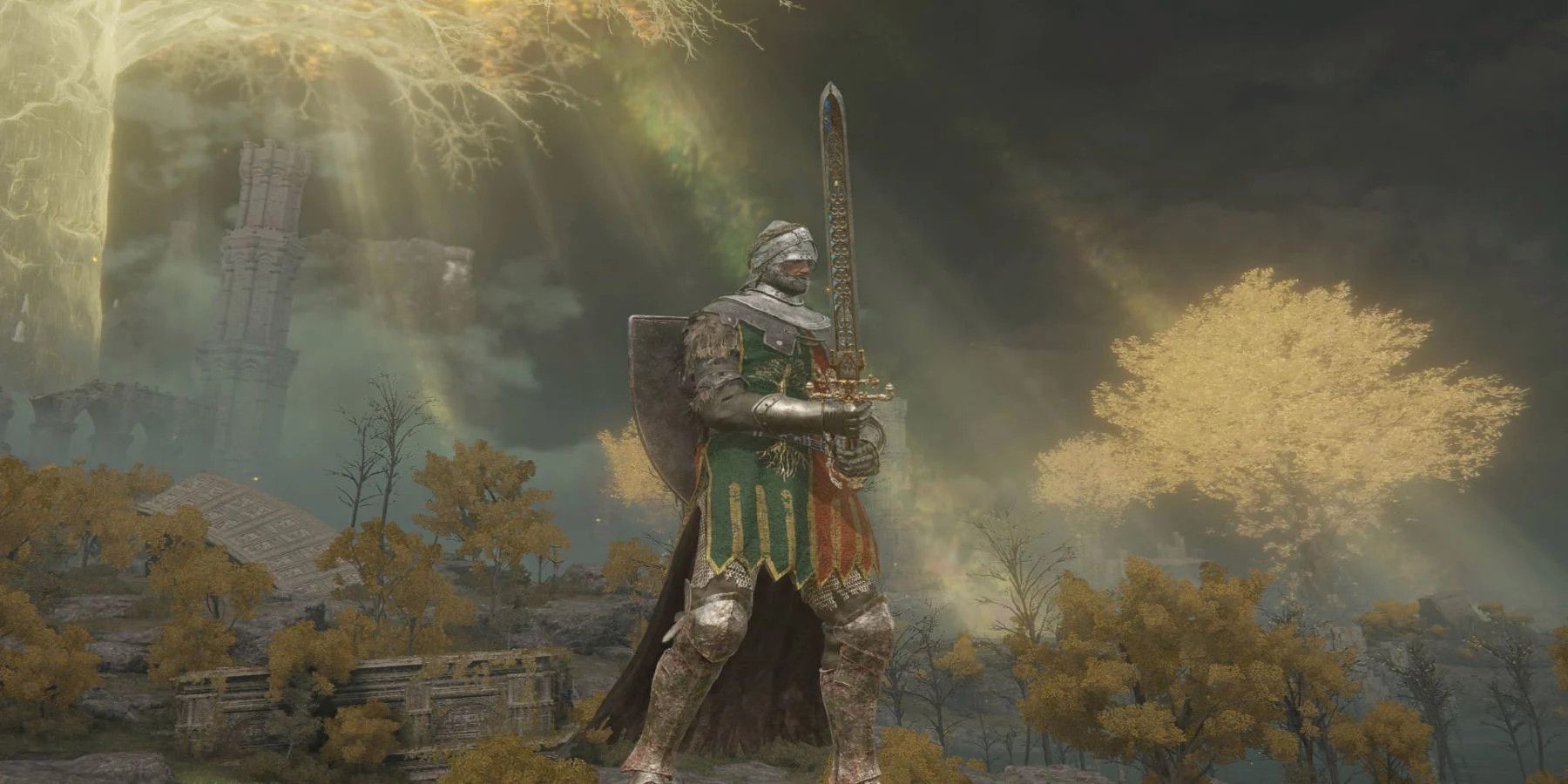 In Elden Ring, the Sword of Night and Flame is a Legendary Armament Straight Sword that is particularly useful for players using Faith and Intelligence builds. This powerful Straight Sword can be found early on, despite a powerful skill that makes the Sword of Night and Flame one of the best swords in Elden Ring. To wield this weapon, players will need their Strength and Dexterity stats to be at least 12 and their Intelligence and Faith stats to be at least 24. With these stat requirements, the Confessor is the best class for players hoping to wield this mighty weapon.

Players will find the Sword of Night and Flame at the Caria Manor, which is located in Northwest of Liurnia of the Lakes. Players should follow the main road on the Western landmass that leads North to reach the manor. Once at the Caria Manor, players may recognize this location as the home of a large dungeon and the beginning of Ranni’s quest in Elden Ring. Players may need to defeat enemy spider hands guarding the entrance to the manor, which are unsettling monsters comprised of many hands fused together. Once these grotesque enemies have been defeated, players should proceed to the Lower Manor Site of Grace. Of note, to reach the Sword of Night and Flame, players do not have to clear the dungeon at Caria Manor.

Related: Where to Find the Twinblade Talisman in Elden Ring

Once at the Lower Manor Site of Grace, players should travel to the battlements. Players will need to turn right at the end of their path, and they should continue to look left until they come across a group of buildings with staggered rooftops. Of note, this is the path that leads away from the Caria Manor dungeon in Elden Ring. Players should drop from the highest point and use the ladder to climb down into the building in the center. The ladder will lead players into a room. Once inside, players will find the Sword of Night and Flame inside a chest. Additionally, the room contains a door that will lead players back to the Caria Manor.

Elden Ring: Night & Flame Stance Skill on the Sword of Night and Flame

Additionally, the sword has the unique Ashes of War skill, Night and Flame Stance. These Ashes of War will allow players to use two different powerful attacks during boss fights. Suppose players follow up their attack with a light attack after holding the sword level. In that case, they will cast a magic beam similar to Comet Azur in Elden Ring, which is a spell that can deal significant damage to a single opponent.

Alternatively, suppose players follow up their attack with a heavy attack while using Night and Flame Stance with the Sword of Night and Flame. In that case, the sword will create a fire attack that deals significant damage to close enemies during melee combat. The magic beam attack is best for single enemy fights or boss fights while using the fire attack can damage multiple opponents at once. Because of the Night and Flame Stance skill, this sword cannot be imbued with other Ashes of War. Additionally, the sword can be upgraded using the Somber Smithing Stone in Elden Ring.

Next: Where to Find the Old Lord’s Talisman in Elden Ring

Ashley Edwards is a freelance writer for Screen Rant focusing on gaming guides and features. Based in Pennsylvania Ashley graduated with her bachelor’s degree in political science in 2015 and enjoys spending time with her cat.