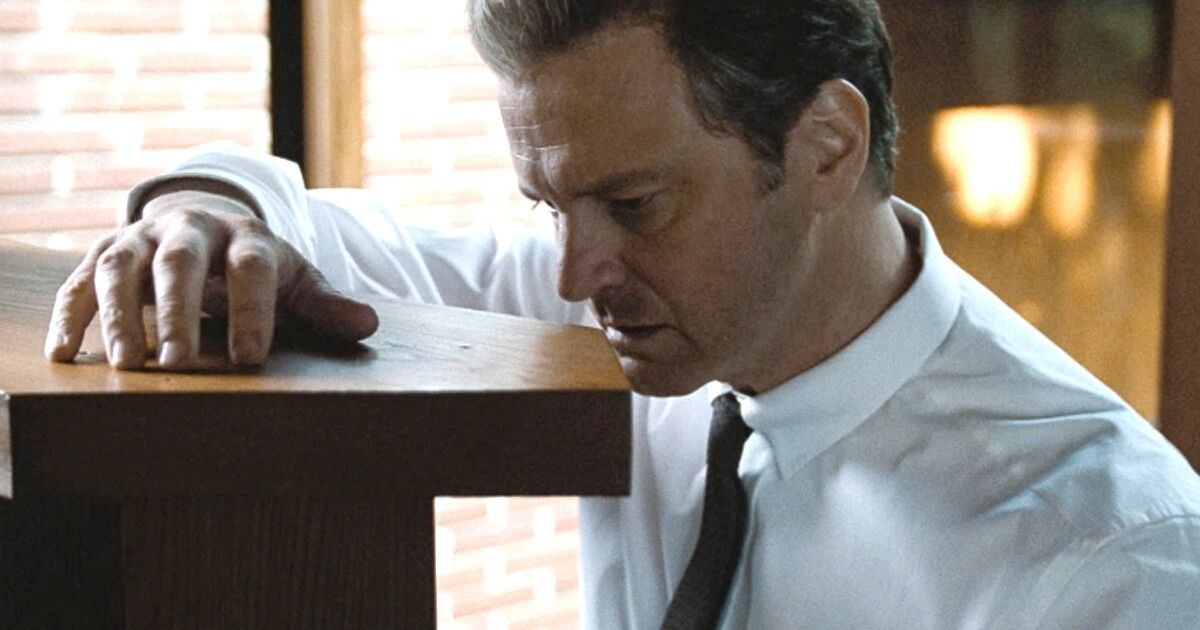 Reflecting on quintessential Britishness, one may muster several stereotypical, generally ignorant associations. Sipping tea at the Ritz with an extended pinky, poor oral-hygiene, authoritative poshness, and that reserved awkwardness that makes Brits too polite to complain about a steak that is slightly too rare.

Toothless gums aside, you can imagine a certain Colin Firth cross-leggedly enjoying an afternoon tea at London’s Dorchester or Savoy hotels, practicing his lines in that distinctive, Etonian-like accent — shying away from confronting his waiter about the undercooked steak, of course…

Firth has been a prominent figure in British and international films over the last 30 years. He can be the true embodiment of the stereotypical, stiff-upper-lipped Brit, something demonstrable in his roles in Love Actually, Bridget Jones’s Diary, and Pride and Prejudice, and something he parodies in the Kingsman films and totally deconstructs in the brilliant A Single Man. Starring in Sam Mendes’s latest film, Empire of Light, which will be due out sometime in the next year, now is a great time to take a look at the best Colin Firth movies.

Directed by Sharon Maguire, Bridget Jones’s Diary (based on the novel of the same name) details the hilarious story of Bridget Jones (Rene Zellweger), and her painful search for love as a woman faced with potential suitors Mark Darcy (Colin Firth) and Daniel Cleaver (Hugh Grant). Firth as Darcy encapsulates the typical British male in love flawlessly: seemingly emotionless, with a propensity to avoid expressing how he feels, before eventually despairing after losing the one he loves due to his apparent emotional detachment. As Roger Ebert puts it “Glory be, they didn’t muck it up. Bridget Jones’s Diary, a beloved book about a heroine both lovable and human, has been made against all odds into a funny and charming movie that understands the charm of the original, and preserves it.”

Sam Mendes’ moving war film 1917 follows the story of two soldiers, Lance Corporal Schofield (George MacKay) and Lance Corporal Blake (Dean-Charles Chapman) as they race against the clock to save a British battalion from a German ambush in Normandy. While Firth’s role is more of a bit part than a major one, his naturally authoritative and ostensibly important temperament shines through in his commanding position as General Erinmore.

Firth’s performance is delivered with such conviction and gusto, that his more minor role leaves a real imprint on the film’s direction. Whether it be the atmospheric fiery-haze of the abandoned, derelict township, or the moving, poignant rendition of Wayfaring Stranger sung to the war-readied troops captured through the forest trees, Roger Deakins’ stunning cinematography rarely deviates from engulfing the audience, submerging us into this palpable, transpicuous frenzy.

Firth assumed the role of Lord Wessex, a bordering-on-bankrupt aristocrat in serious need of money. He is promised Viola’s (Gwyneth Paltrow) hand in marriage, despite her love interest in Shakespeare (Joseph Fiennes). John Madden’s motion picture was the recipient of critical acclaim and was ultimately recognized at the 71st Academy Awards, winning Best Picture. As Ian Nathan of Empire writes, “The jocular script, imprinted with Stoppard’s familiar gamesmanship, is a fabulous thing and under the assured care of Madden’s direction grants the movie a delightful literary playfulness.”

Colin Firth’s performance as George Falconer in the screen adaptation of Christopher Isherwood’s novel saw the British actor nominated for his first-ever Academy Award for Best Actor. Playing George, a gay widower, desperately coming to terms with his partner’s death while planning to end his own life, Firth is absolutely stunning in this equally stunning film, a visually sumptious, melancholic look at love lost and utter despair. A Single Man, directed by fashion king Tom Ford, accurately explores the complexities of life after love, and the emotional, psychological transition Falconer goes through.

Eggsy (Taron Egerton) is recruited by Harry Hart’s Secret Service agency Kingsman, where he is essentially tasked with saving the world from extinction at the hands of the evil Valentine (Samuel L Jackson). Similar to his role in 1917, but with far greater development, Firth’s character is the man with all the answers, the jurisdiction, the mastery, with a screen-presence and slick assurance that brings both his character and the film to life.

Describing a King going through “hardship” is possibly as oxymoronic as you can get, however, The King’s Speech depicts exactly that. Based on real-life events of King George VI’s struggles with a persistent and debilitating stutter, he works with his speech therapist Lionel (Geoffrey Rush) to overcome his fear, embarrassment, and at times humiliation when addressing the nation through his speeches. Firth’s rendition of George VI was a real triumph. His strikingly accurate portrayal of a British Royal Family member plagued by a stammer helped to illustrate the misfortune, and adversity to an audience with the perceived belief that Royalty would never suffer from such afflictions.

Firth brought the King’s hardship to life, from having to replace his brother on the throne following his abdication to his head-on collision with his own personal deficiencies. For his (speech) troubles, Firth scooped the Academy Award for Best Actor, along with the film’s wins for Best Original Screenplay, Best Director, and Best Picture. Along with perhaps A Single Man, The King’s Speech is nearly indisputably Firth’s best work to date.