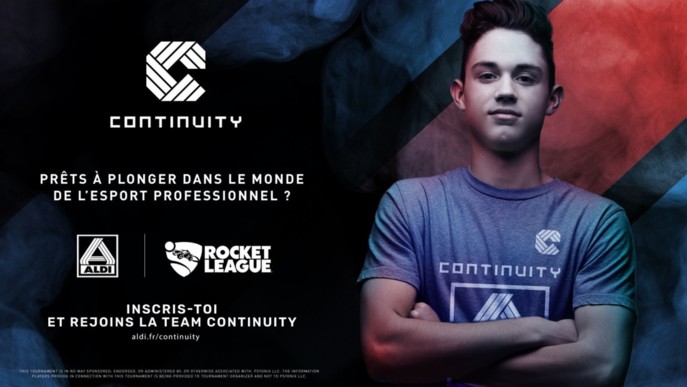 Supermarket chain ALDI France has announced the launch of Continuity, the company’s own amateur esports team.

The news, which was was announced today via ALDI’s French website, will initially look to enter into the Rocket League scene.

To pick the roster for its newly created esports team, the chain will host a series of four Rocket League tournaments, set to take place on April 4th, 11th, 19th and 25th. The four winning teams will advance to a live final later in May that will decide which squad will become the team Continuity.

The team will reportedly benefit from Aldi’s full support, including the provision of professional equipment as well as coaching until the end of 2022.

According to ALDI’s website, the supermarket chain seeks to offer amateur gamers the opportunity to become a part of the professional sector. Moreover, the decision to launch an amateur team is seen as a ‘logical continuation of ALDI’s commitment to esports’.

ALDI’s previous ventures into esports have included partnerships with French esports organisations Team Vitality and Solary. Moreover, the brand has been named as the official supplier of the Prime League, a League of Legends competition for the DACH region.

Esports Insider says: Sponsored amateur esports teams is something that’s missing on the current market, so it’s good to see brands investing in such a concept. Not only does it provide players with the esports experience without fully committing to the career, but it can also create plenty of potential career opportunities for aspiring esports talent.