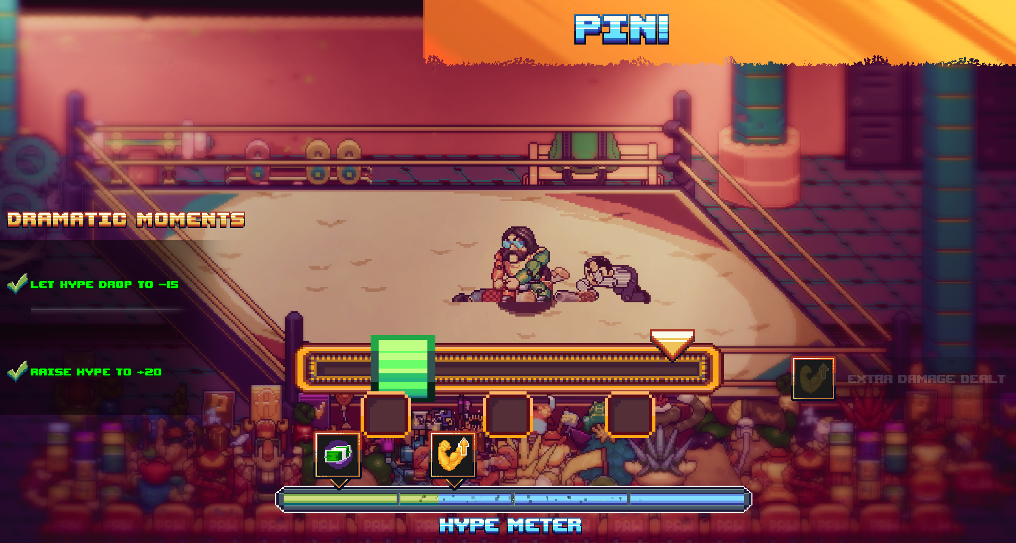 Are you ready to go beyond the ropes with the likes of Randy Savage and Jeff Jarrett? Oooh Yeah you should be, as WrestleQuest gears up for laying the smackdown on Xbox, PlayStation, Switch and PC this summer.

An upcoming wrestling RPG that features a licensed roster of iconic legends including Randy Savage and Jeff Jarrett, WrestleQuest will be coming from the Mega Cat Studios and Skybound Games.

Revealed for a summer 2022 launch on Xbox Series X|S, Xbox One, PlayStation 5, PlayStation 4, Nintendo Switch and PC via Steam, you can watch how WrestleQuest will play out by checking out the trailer below.

In WrestleQuest, players assume the role of a young wrestling hopeful, on his quest to become one of the all-time greats while he powerbombs, slams, and suplexes his way to the top. Inspired by icons like the legendary “Macho Man” Randy Savage, our hero must immerse himself in the world of professional wrestling, which will not only test his athleticism but his will and conscience too. Yep, it’s certainly a little different to the recent wrestling drop of WWE 2K22.

“WrestleQuest captures the spirit and passion of wrestling, through the lens of an unforgettable RPG experience,” said James Deighan, Founder of Mega Cat Studios. “Many of the team at Mega Cat grew up watching wrestling and it holds an undeniable nostalgic place for us. This game is a celebration of that world, complete with special fully licensed appearances by some of our favorite wrestlers from the 80s, 90s and today.”

Throughout the game, players will experience classic turn-based RPG combat that mixes real-time action with tactical choices, as they wrestle through a richly detailed and fantastic storyline, starting out as a newcomer, before ascending the ranks and becoming the sport’s greatest star, with help from legendary wrestlers that span the ages. The pixel-art graphics and overall visual style perfectly represent the combined worlds of wrestling, toys, and action figures.

“Mega Cat Studios have an unbridled passion for wrestling and an incredibly ambitious team that reimagines retro-style entertainment in innovative ways,” said Ian Howe, co-CEO of Skybound Games. “Their level of enthusiasm, creativity and talent makes them a perfect partner for Skybound Games and we can’t wait for players to discover WrestleQuest this Summer.”

WrestleQuest will give players the chance to meet and interact with a host of legends as they progress through their quest, including “Macho Man” Randy Savage, Booker T, Andre The Giant, Jake “The Snake” Roberts, Diamond Dallas Page, Jeff Jarrett, and many more. With tons of side missions, bonus content, and much more, this is the ultimate main event that you won’t want to miss.

We’ll be sure to keep you in the loop ahead of WrestleQuest making launch on Xbox, PlayStation, Switch and PC. Give that trailer a watch and let us know your thoughts.