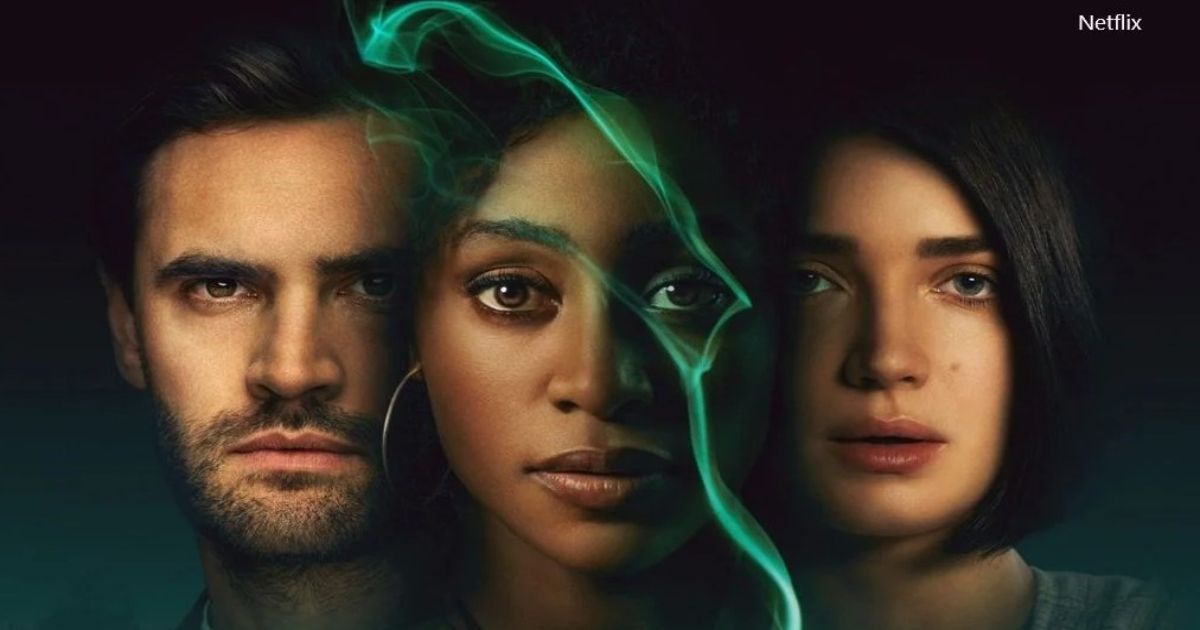 Warning: Behind Her Eyes spoilersHave you ever gotten the sense you were being watched while entirely alone? Okay, don’t panic, you’re safe, but Behind Her Eyes, the Netflix original released February 2021, sure made us wonder if someone’s astral form was spying on our every move somewhere around us. The official synopsis for the film follows Louise, a single mother whose world is thrown off-kilter when she begins an affair with her new boss, David, and matters take an even stranger turn when she’s drawn into an unlikely friendship with his wife, Adele.

Starring Tom Bateman (David), Eve Hewson (Adele), Simona Brown (Louise), and Robert Aramayo (Rob), the show takes us into the realm of subtle but deadly paranormal gifts. But what is astral projection? Astral projection, also known as astral travel, is the alleged ability to enter a trancelike state in which one leaves their physical body to roam the astral plane. As fun as that may sound, Behind Her Eyes taught us that not all that glitter is gold and that jealousy is a monster capable of pure corruption.

After meeting and sharing a drunken kiss with David, Louise later discovered the man she’d had an unforgettable night with was her new boss and a married man. Besides her better judgment, the two pursued a friendship that led to a full-blown affair even after Louise met David’s wife, Adele. Adele’s character first gave us the impression of a perpetually lonely, slightly strange woman being controlled by her husband and in desperate need of a friend, but oh, were we all wrong, including Louise.

Where It All Went Wrong

From several flashbacks, we learned that during her struggle with mental illness, Adele met her best friend Rob, another patient in the psychic ward she was staying. Their friendship blossomed until Adele revealed to Rob her mind-blowing ability to astral travel. Excited to have a genuine friend, she gave into Rob’s intrigue and taught him how to astral travel. They even went as far as to switch bodies. Cool, right? We’ll see.

In the present, after meeting Louise and their friendship grew, Adele taught Louise how to astral project just like Rob. But subtly, Adele planted seeds of doubt in Louise’s mind that David was controlling and hurting her. Now at the time, it didn’t occur to Louise that the wife of the man she was having an affair with, being able to astral travel, was cause for alarm. But as her suspicions grew about David and Adele, Louise began to uncover details about Adele’s past, like her friend Rob and what happened to him. Adele’s family was wealthy, and Rob, less fortunate in life, believed Adele had everything, riches, and a gorgeous and loving man that adored her. Do you remember that earlier statement about jealousy?

RELATED: The Princess Switch 3: Romancing the Star Trailer Will Have You Seeing Triple

The first plot twist that was like an earthquake shaking us to our core was the truth that Adele was, in fact, Rob. During one of their sessions where they astral traveled together, Rob stole Adele’s body and killed her — talk about taking identity theft to the extreme. While all of that took place, David, clueless about Adele’s abilities, believed his fiancé turned wife merely had a massive personality shift.

At that point, viewers were up in arms because as the show progressed, Louise learned that Adele (Rob) had been astral projecting and spying on her since the very start, even during times she’d been with David. Their friendship from the beginning had been a charade, allowing Adele (again, Rob) to keep an eye on the woman that might steal David and her (his) riches. We know that was a hard pill to swallow, but there’s more!

The Ending We Didn’t See Coming

That was too much to digest in the finale, but we couldn’t stop watching. David finally decided to end his marriage to Adele and be with Louise. But he only opened a can of worms because Rob had murdered before, and he was willing to do it again to keep the life he’d gained.

It’s not often the villains win in the end, but Behind Her Eyes gave us a shock that has lived on since the series was released. With a tussle on this plane and the astral, Louise and Rob fought to prevent Rob from stealing her body just as he’d done with Adele.

RELATED: James Gunn Is Jealous of His Own Guardians of the Galaxy Holiday Special Script

Believing we were getting a happily ever after with David finding peace and a woman that loved him, Louise’s son noticed his mother didn’t seem the same. And why? Louise was now Rob, and David was still stuck with the maniac that killed Adele, and a child was being dragged into the saga.

Netflix outdid themselves with this one, as did Sarah Pinbrough, the brilliant mind who wrote the book Behind Her Eyes. While the series was labeled a limited series, with such an open ending, we’re hoping for a second season in the near or even distant future, but we need a follow-up season. The battle isn’t over, and we’re wondering what poor woman David will fall for next and awaken the wrath of Rob, the body snatcher. Stay tuned.

Oshell’s a cat mom, ghostwriter, and feature writer for Movieweb. Whenever she’s not working she spends her time watching anime, movies or enjoying a good book.