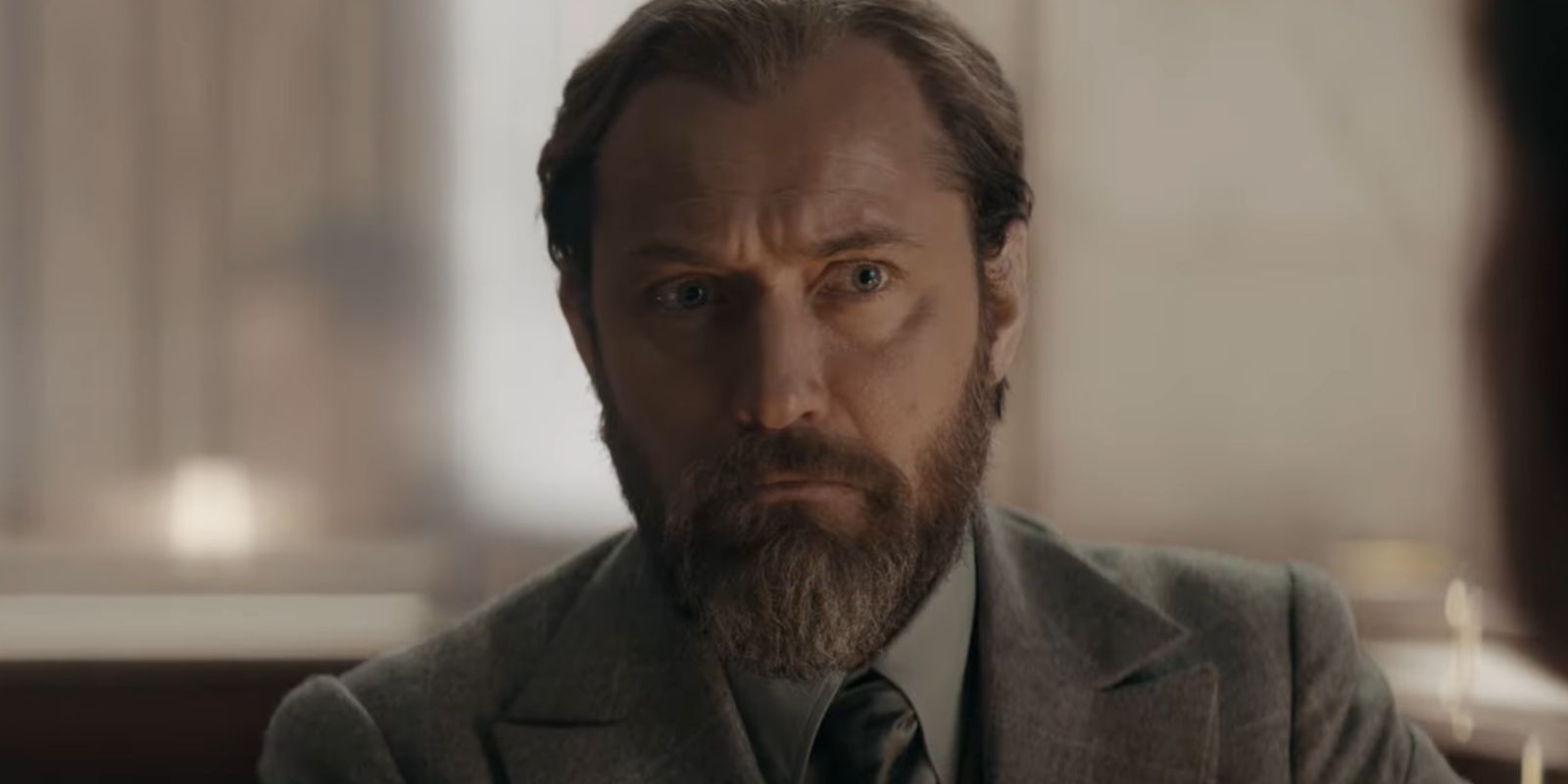 The box office projections for the Harry Potter prequel Fantastic Beasts: The Secrets of Dumbledore are even lower than the disappointing financial turnout of The Crimes of Grindelwald. The Secrets of Dumbledore follows on several years after the events of The Crimes of Grindelwald and sees Albus Dumbledore (Jude Law) entrusting Newt Scamander (Eddie Redmayne) and his friends on a mission to defeat the dark wizard Gellert Grindelwald (Mads Mikkelsen) as he masses a formidable army in his attempt to create a new world order that recognizes wizard superiority. Helmed by veteran Harry Potter director David Yates, with a screenplay by J.K. Rowling and Steve Kloves, the film will be the third entry in the Fantastic Beasts series and the eleventh in the Wizarding World franchise that also encompasses the Harry Potter movies.

However, despite the worldwide success of the Harry Potter series, the Fantastic Beasts films seem to have enjoyed a much less successful run as a successor/prequel to the series. The Crimes of Grindelwald received mixed reviews upon its release, making it the first Wizarding World film to receive a “Rotten” rating by Rotten Tomatoes, and is the lowest-grossing entry in the entire Harry Potter franchise, with its domestic opening earning only $62.2 million (compared to the first Fantastic Beasts‘ $74.4 million). In addition to this, it is the only film in the franchise to have earned less than $200 million at the North American box office, finishing its run with $160 million.

Related: Fantastic Beasts: The Secrets Of Dumbledore Is A Cheap WB Trick

However, it now seems that The Secrets of Dumbledore will potentially do even worse at the box office than its predecessor. According to Box Office Pro, the projections for the latest Fantastic Beasts sequel sees the film only earning between $40 million and $55 million over its 3-day opening and a total domestic box-office of between $100 million and $140 million. According to the site, this is due to a number of factors that will likely influence audience turnout:

Dumbledore opens in the first crowded corridor of the pandemic since the end of last year, so competition will be notable. Family audience turnout is expected to gravitate toward Sonic the Hedgehog 2 (and The Bad Guys, opening April 22)… Recent backlash from some fans toward public social commentary made by Potter author J.K. Rowling may or may not be a factor for some viewers deciding when or if to see this sequel. With surrounding competition and the… Doctor Strange sequel around the corner, this chapter is likely to struggle drawing the kind of “event” prowess the franchise was once known for. As such, it’s probably safe to expect another front-loaded run.

The “public social commentary made by [the] Potter author” refers to J.K. Rowling’s recent transphobic tweets which have garnered much backlash and criticism across the Harry Potter fanbase, with even stars Daniel Radcliffe and Redmayne publicly standing against the author’s comments. Rowling’s views have already proven to have had a negative effect on the sales of her new books, and it’s evident that many believe her comments will have a similarly harmful impact on The Secrets of Dumbledore. The film has already been shrouded in controversy, with Mikkelsen having taken over the role of Grindelwald from Johnny Depp after the actor left the sequel in light of his negative publicity around his libel case.

This will undoubtedly come as unwelcome news for Warner Bros. as these projections mark a steady financial decline for the franchise, and with at least two more Fantastic Beasts sequels planned after The Secrets of Dumbledore, it may be that the company will start to reassess the viability of the Fantastic Beasts films in terms of box office success. That being said, the Wizarding World franchise remains the fourth highest-grossing film series of all time, and the continued global popularity of Harry Potter across other mediums means that Warner Bros. will almost certainly not drop the series entirely. But what the future holds for the franchise, as well as whether these projections will prove to be accurate or not, will only be known when Fantastic Beasts: The Secrets of Dumbledore finally releases in the U.S. on April 15.

More: The Secrets Of Dumbledore Should Drop The Fantastic Beasts Title

Toby is a Movie/TV News writer for Screen Rant. With a degree in Scriptwriting and Performance from the University of East Anglia, his fascination and love for film goes all the way back to his first viewing of ‘Chicken Run’ (which he maintains is still the greatest film of all time).

He is currently based in the North East of England and in his spare time can be found writing plays, going for runs (or otherwise a short jog and calling it a run), and watching Classic Doctor Who.