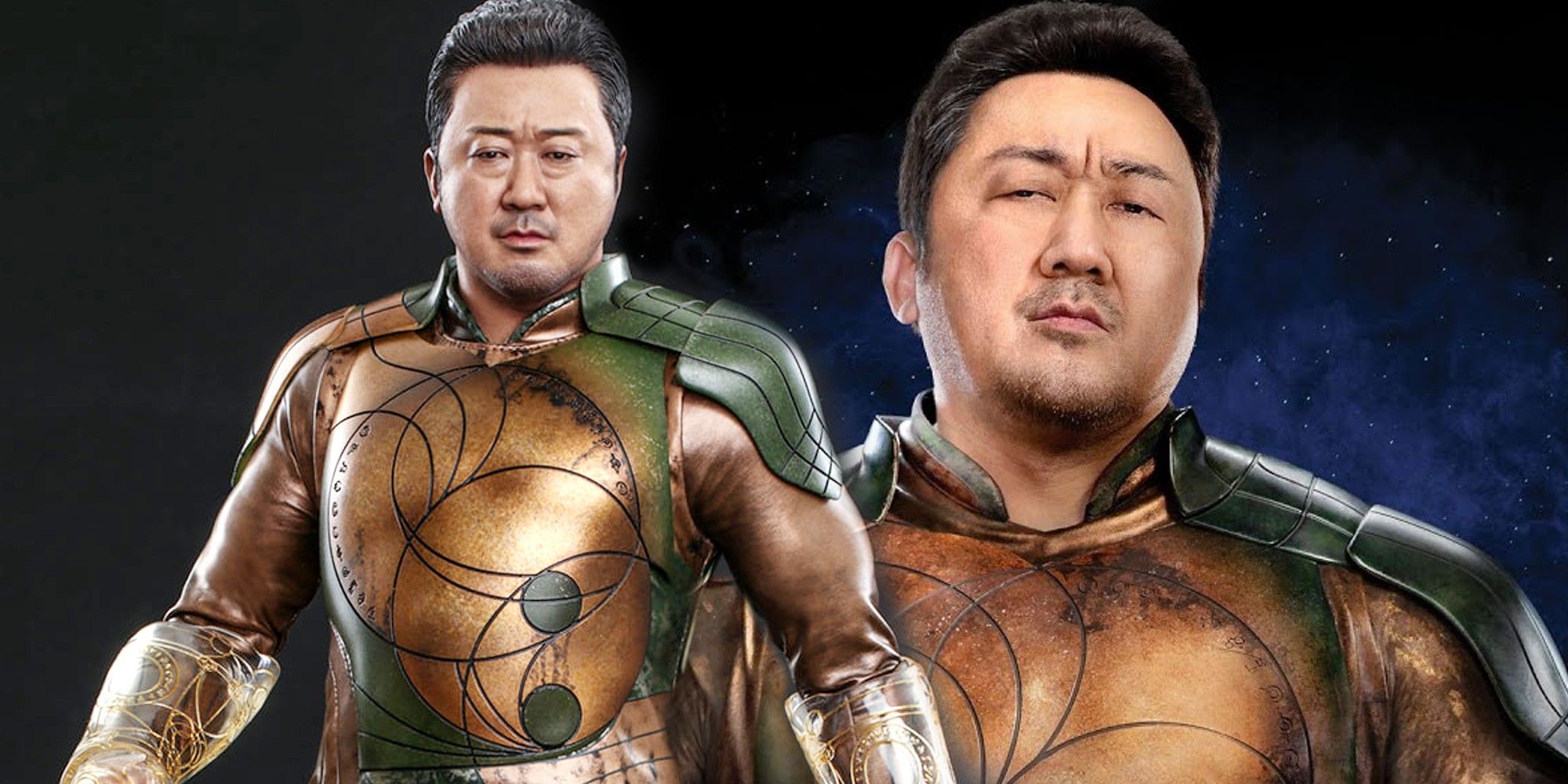 The strongest of the Eternals, Lee’s Gilgamesh is the powerhouse of the Celestial-created defenders of the Earth, able to use his energy manipulation abilities to create a powerful exoskeleton that he utilizes to combat the Deviants. When Thena (Jolie) begins to suffer from Mahd Wy’ry and mistakingly attacks her fellow Eternals, Gilgamesh takes her into exile so that her condition cannot cause the team more harm and so that he could take care of her in a safer environment. While Gilgamesh’s role changed from earlier drafts, he and Thena’s relationship proved to be one of Eternals‘ most celebrated points and made them endearing characters. As such, many viewers were excited to see the character represented in merchandise, including Lee himself, as revealed in a recent post.

Related: Eternals: How Strong Is Gilgamesh Compared To The Hulk?

Shared by the Eternals Update Twitter fan account, Lee was pictured reacting to two recently revealed pieces of Eternals merchandise featuring Gilgamesh. In the photographs, Lee is seen holding two pieces produced by Hot Toys. He’s got both a chibi art style-inspired Cosbaby Gilgamesh figure, as well as the high-end Hot Toys Sixth Scale figure Gilgamesh that is set to join the already revealed Thena Sixth Scale figure as the second character in the Eternals line. The photo shows Lee smiling while holding each of the two items, giving each figure a thumbs up in approval. Check out the two photographs in the post below.

Hot Toys joins Hasbro in producing figures inspired by Eternals, which previously released figures depicting the team, as well as their Deviant enemy Kro (Bill Skarsgard), in their Marvel Legends line of 6-inch action figures. However, unlike Lee, one of his fellow castmates was less than enthused at their plastic representations, as Hayek has discussed issues she has found with her Marvel Legends Ajak action figure. In a television appearance to promote the film alongside Nanjiani, Hayek stated that her action figure’s expression was “creepy,” after which Hayek jokingly replicated the figure’s portrait. Nanjiani agreed, suggesting that the figure had an “E.T head.”

While Eternals saw Gilgamesh sacrifice himself to stop Kro, the character’s care for Thena and Lee’s performance resonated with audiences. As such, many fans anticipate merch featuring his character. Known for their quality, Hot Toys have a long-established history of creating highly-detailed, accurate figures of Marvel characters. With Lee rumored to return for a future MCU project, collectors may even be able to look forward to future merchandise featuring the Eternals’ strongest fighter.

Nathan is a young writer whose interest in film started when watching behind-the-scenes features on DVDs as a kid. He graduated with a degree in Film Studies. He has an interest in stories, how they can affect people and inspire. Nathan also has a fondness for comics and games, doing his best to keep up to date.