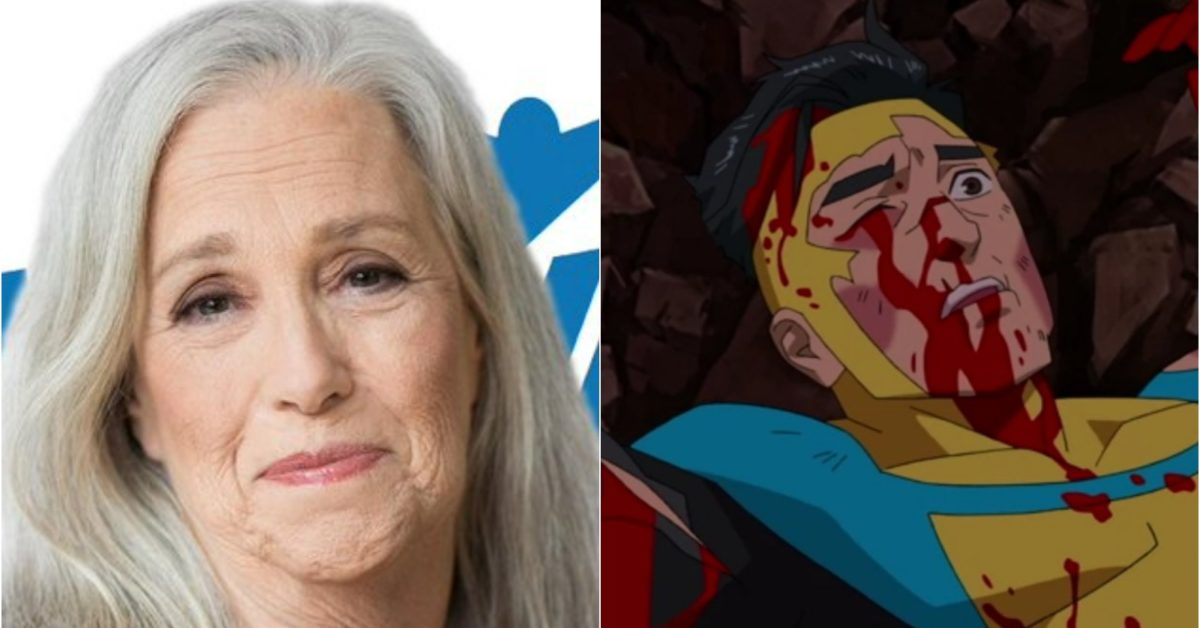 A week after series star Steven Yeun aka Mark Grayson offered some thoughts on the second season, Skybound Entertainment announced a business move that should get Invincible fans even more excited. On Tuesday, it was announced that Emmy Award-winner Marge Dean (Stoopid Buddy Stoodios, Crunchyroll, and more) had been appointed as Head of Skybound Entertainment’s Animation Studio. Based out of Los Angeles, Dean will oversee production on all of Skybound’s original animated content. As explained in the news release, “As she [Dean] drives development and the overall creative vision of the studio, she will collaborate closely with its top leadership as well as a range of affiliated creators and producers.” And this is where things get good for Invincible fans. Because guess what Dean’s immediate project priority is? That right, getting thing stated with Amazon Studios on the second & third seasons of the streamer’s animated adaptation of Robert Kirkman‘s comic book series.

“Marge Dean is a respected authority in the world of animation, and her veteran leadership is critical for the growth of our original and franchise animation content,” said Alpert, who serves as Skybound Entertainment’s CEO. “We believe Marge’s presence is a huge boost to secure top animation talent across the Skybound portfolio.” Dean added, “I’ve always admired Skybound’s creator-driven spirit, and it’s a company rich with content. I’m excited to join the company during this phase of growth and evolution, and look forward to working closely with Skybound leadership and creative teams on these amazing properties.”

Speaking with Collider in support of his film The Humans, series star Yeun aka Mark Grayson offered a quick update on the timeline for production on the second season, why he’s “really excited,” and why he believes viewers’ strong, positive reaction to Invincible is a harbinger of great things to come for adult animation:

While Work on Season 2 Hasn’t Started Yet, Yeun is “Really Excited” for “Bonkers” Second Season: “We haven’t started. I know we’re starting at some point soon. I’ve talked to Robert [Kirkman], here and there. He’s super excited about it. He thinks Season 2 is gonna be even better than Season 1, which I have no doubt about. If you go to his source material, ‘Invincible’ is an incredible comic, and just thinking about how much story hasn’t been told from that run, it’s gonna be bonkers. I’m really excited about it.”

Yeun Sees Strong Reactions to “Invincible” as Sign of Bigger Things to Come for Adult Animation: “I’ll be honest, I did not expect this level of response. People really enjoyed the show. That’s not to say that I thought the show wouldn’t be enjoyed. I just didn’t know how many people were coming to it like that. To me, I think it speaks to America’s appetite now for adult animation, which is really cool. I grew up on it. I think all of us, of our generation and below, grew up on it. Largely, our programming was dictated by the generations before us, that didn’t necessarily love animation that way. We’re in a weird, cool time where I’m seeing so many kids watch anime and so many people watch adult animation. People are learning about Don Hertzfeldt. It’s thriving. I think we’re probably on the precipice of right before things really pop off. I think we’re gonna get some hopefully [Hayao] Miyazaki levels of animation. We do with Pixar, but I just mean coming from different places. It’s a new world. It’s certainly all brand new.”