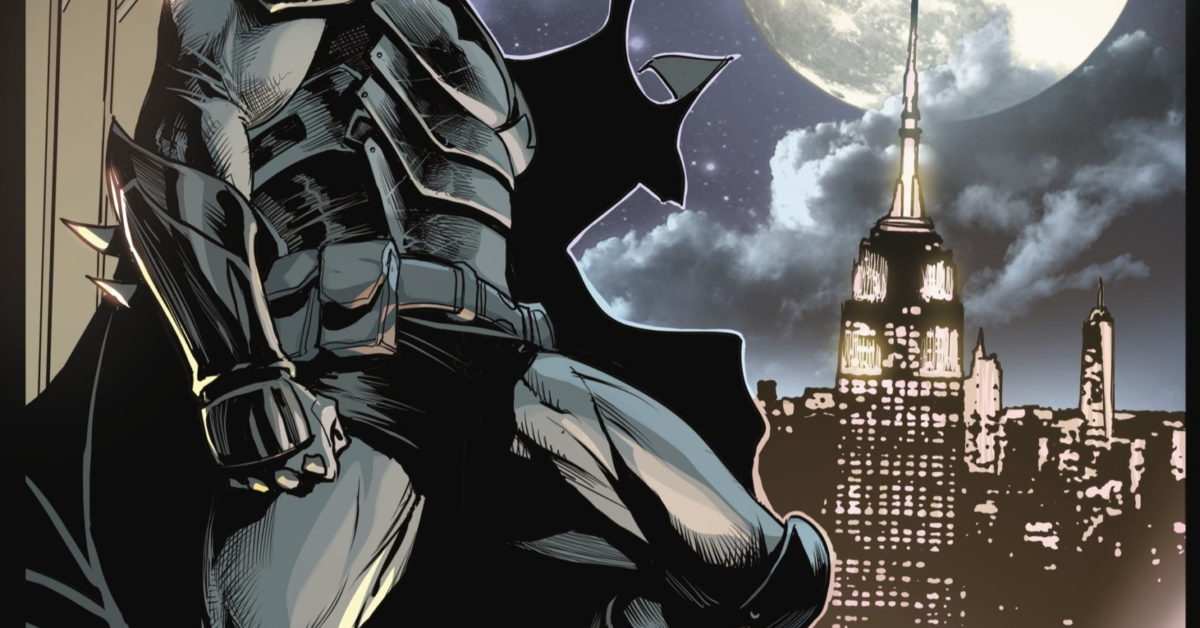 Everyone seems to be leaving Gotham these days. Apart from Kid Eternity, who just moved there as a police coroner from New York. But Bruce Wayne is off on a round the world trip, leaving Gotham to the other Batfolk. But one of them is also leaving as well, the Next Batman, Jace Fox. And with this issue of I Am Batman #5, we get the biggest move away from a Magistrate Future State future for Gotham. Even more than the Magistrate’s sky platform falling into Gotham Harbour and Simon Saint being put under house arrest.

Firstly Lucius Fox realised who The Next Batman has been all this time, and turns off his own technology that has seen this new Batman hunted down across Gotham, and will enslave Gotham in Future State.

And makes you wonder how Bruce Wayne has managed to get away with not being recognised for so long, despite having a much more famous-for-Gotham jowl.

And leaving Gotham for New York, because Gotham is all about one Batman. Even if Bruce Wayne’s Batman has also left. Maybe they should compare diaries? But also losing the face mask covering.

While Tamara Fox is evading her previous Future State fate heading to New York’s recuperative services with her brother in tow. Any chance we may have an Oracle for New York now?

Because New York is now getting its own new look Batman. No Gotham required.

I AM BATMAN #5 CVR A KEN LASHLEY
(W) John Ridley (A) Stephen Segovia (CA) Ken Lashley
Batman fights for his life against a new breed of Peacekeeper, augmented with his family’s own technology! The only person who might be able to save his life is…Lucius Fox?!
Retail: $3.99 In-Store Date: 01/11/2022