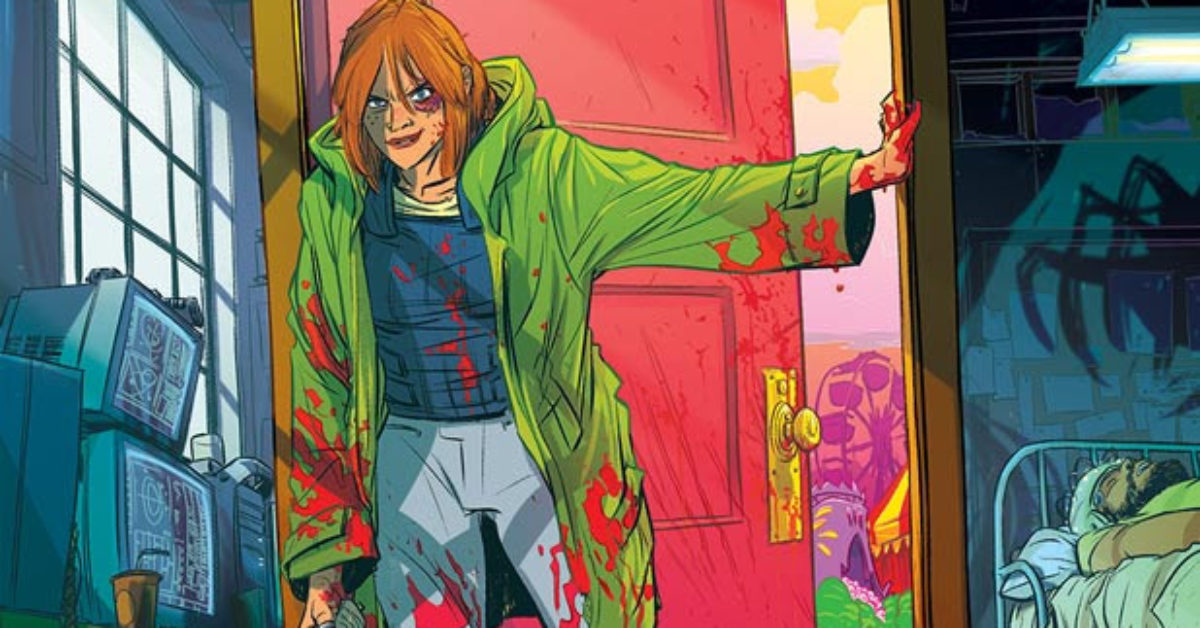 Image Comics announced a new series Thursday by Tyler Burton Smith and Vanessa Cardinali. Slumber is a horror comic about a dream detective investigating a series of murders that happen in people’s dreams, which just so happens to be one of the well-known Five Essential Comic Book Pitches Every Creator Needs If They Want to Land an Image Series About One of the Five Things Image Publishes Series About, alongside “gods living in the world of humans,” “music as a superpower,” “dragon men with insatiable lust,” and “the future, but it’s bad.”

In Slumber, readers meet Stetson—a nightmare hunter and a dream detective. She runs a shoddy back-alley business where she helps clients sleep at night by entering their dreams and killing their nightmares. But Stetson’s past comes back to haunt her when she tracks down a literal living nightmare—a serial killer that murders people in their sleep.

Here’s what writer Smith has to say about it:

Slumber is an exploration of the surreal world of dreams that is meant to be as weird, funny, unsettling and unpredictable as the wildest dreams that we’ve all experienced. Vanessa’s artwork is the perfect marriage of these elements to bring this crazy story to life.

Working on Slumber gave me the delightful opportunity to bring to life all the weird, surreal, and psychedelic worlds that Tyler has imagined. This is a wildly original story peppered with unexpected humor and heart. I hope readers enjoy it half as much as I enjoyed drawing it.

Have they investigated Freddy Krueger? He would be my first suspect. Slumber #1 hits stores on Wednesday, March 16.