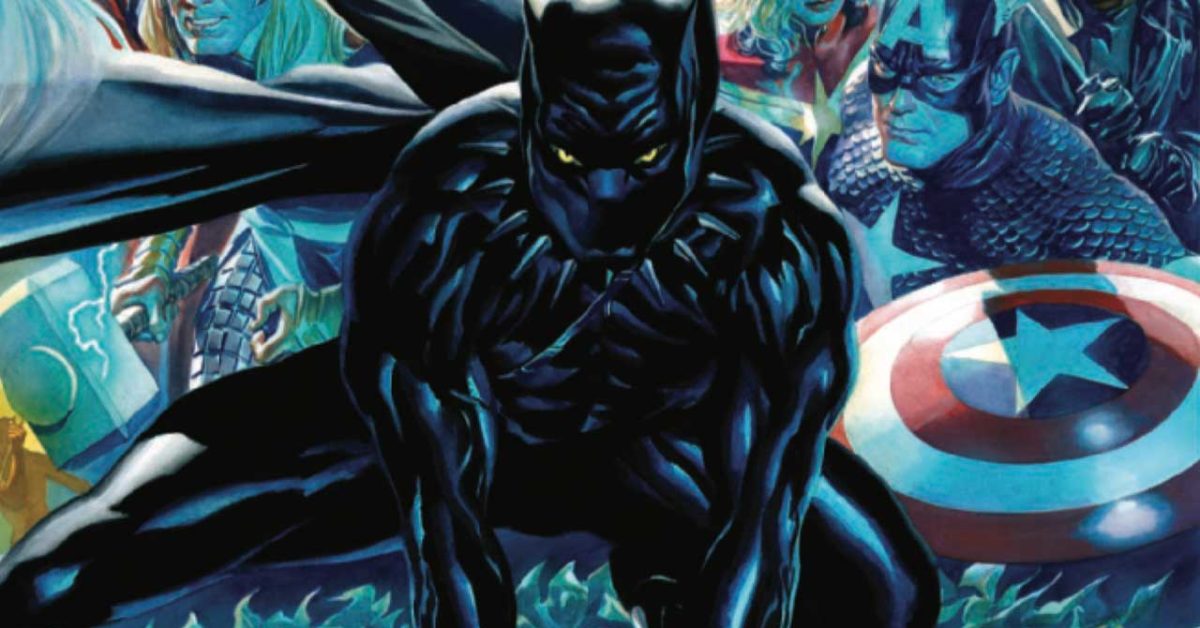 With a sweeping global scope and taut, engrossing plotting, Black Panther #1 steps up in a massive way by establishing T’Challa in Marvel continuity while giving him a lane all his own. This series is skillfully taking over the Winter Soldier lane of spies mixed with superheroes that effectively balances the Panther Clan’s chieftain’s many roles.

T’Challa is trying to have it all — serve as chairperson for the Avengers, open Wakanda up to parliamentary democracy, change the course of an intergalactic empire and maintain his protective nature over the kingdom. Sure, it’d be a pretty interesting book if he could manage that, but of course, a loose thread starts to cause all the other things to unravel, and that’s where it gets messy. Along the way, an old friend has a message for the king, Shuri needs a dose of exposition, and the Panther has a hunt he would rather not have to pursue.

This John Ridley script is a rush of adrenaline and smarts all at once, with clever elements introduced along the way. T’Challa’s secret balances both the old ways of Wakanda as personified by the White Wolf and the modern egalitarian Wakanda he’s trying to build. Then there’s the visual storytelling from Juann Cabal, Federico Blee, and Joe Sabino, which will tickle the fancy of fans of, well, any Marvel project featuring Sebastian Stan, basically. They feature a great Avengers fight scene (that also mixes in wonderful character work) with a gorgeous view of an evolving Wakanda.

“A king’s business is getting things done,” T’Challa says at one point. With a great espionage-tinted take, this issue takes that business very seriously. RATING: BUY.

Black Panther #1
By John Ridley, Juann Cabal
NEW CREATIVE TEAM, NEW DIRECTION – ‘THE LONG SHADOW’ STARTS HERE! Academy Award-winning writer John Ridley and Stormbreaker artist Juann Cabal launch an all-new BLACK PANTHER series with an action-packed espionage story that will upend everything in T’Challa’s life and have ramifications for the entire Marvel Universe! Secrets from T’Challa’s past have come back to haunt him! Fresh from returning from his travels in space, Black Panther receives an unexpected and urgent message from a Wakandan secret agent! Now T’Challa must race the clock not only to save his agent, but also to keep his true agenda under wraps. Because if the truth comes out, it could cost T’Challa everything.

Review by Hannibal Tabu
Problems for the spies who loved each other makes big trouble for King T’Challa as he wrestles with letting go of the old ways of doing things.
Akira Yoshida, Wil Moss, Kat Gregorowicz