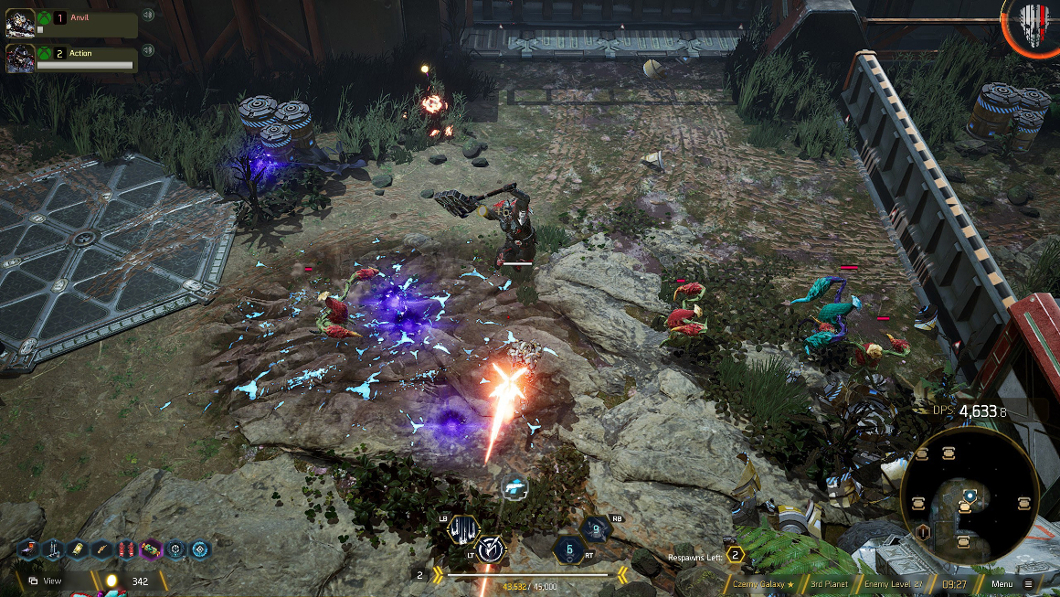 Call it Early Access, call it Game Preview, call it what you want in fact, but the truth of the matter is that any game going into the numerous early access schemes that are available in the gaming world should be seen as a wonderful chance for gamers; one that can help shape a game’s future, giving feedback and constructive criticism to the dev teams that are looking for it. The latest, Anvil, is a top-down, sci-fi action shooter, and it’s blasting its way into Xbox Game Preview, Steam Early Access and good old Xbox Game Pass.

We’re not sure we fully agree with Game Pass and Game Preview options overlapping, but there’s probably just enough room in the centre of that venn to allow Anvil a little place.

It comes about via the Action Square team to give Xbox and PC Vault Breakers the chance to get involved in a game prior to full release. Taking the Early Access and Game Preview route does mean that Anvil isn’t the finished article, and you should be aware of that prior to dropping your cash, but it should mean it’s in a decent enough state for you to get a feel for the game, along with some hope for where it’s going to go next. And if you don’t want to drop the cash, Game Pass comes into view…

It sees you taking on the role of a powerful Vault Breaker; one who seeks out ‘Vaults’ and looks to, well, break ’em. These Vaults are remnants of multiple alien races and civilizations, scattered across the universe. It’s up to you to explore these worlds, taking down foes and working your abilities in order to destroy hundreds of monsters.

Scavenging is also a prime focus, and with more than 100 randomly generated artifacts to be found, hunting these down, before upgrading and discovering better loot is par for the course. Death will come at some point though, but you’ll be pleased to hear that any EXP gained is kept, allowing the opportunity to become stronger an more equipped. It’s a bit of a kill, scavenge, die, rebuild vibe – but that’s the life of a Vault Breaker.

In all the key features of Anvil as it launches on Xbox Game Pass and in Game Preview and Steam Early Access are:

Fancy jumping in to see what the fuss is about? You’ll find a download over at the Xbox Store or Steam page.

Keep an eye out for some thoughts from us too. We won’t review fully until the full launch (whenever that may be), but we’ll certainly get some play time in with Anvil and let you know how the Game Preview situation is holding up.

Just remember people, this is a work in progress.

This game is a work in progress. It may or may not change over time or release as a final product. Purchase only if you are comfortable with the current state of the unfinished game. ANVIL is a multiplayer co-op top-down sci-fi roguelike action shooter where you control characters called Vault Breakers to explore various galaxies that are crawling with monsters. Find relics inside Vaults to increase Breaker’s ability to survive and fight on this godforsaken galaxy.