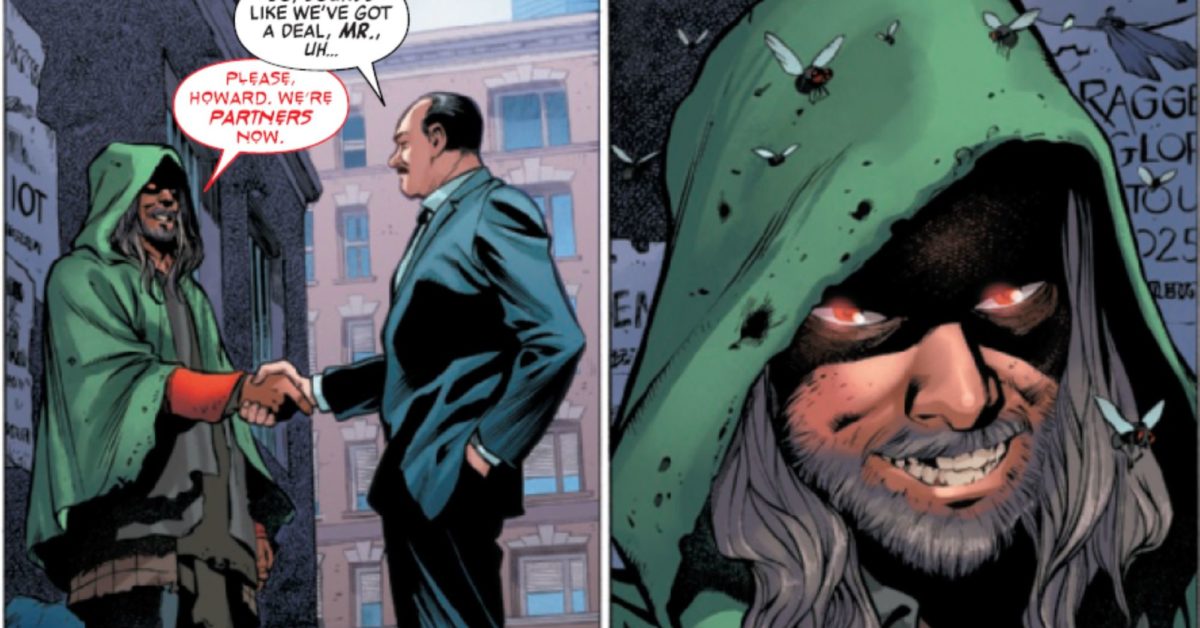 It must be hard being a Marvel Cinematic Universe watcher, you wait ages for Mephisto to appear and then time after time after time, there’s no sign of the fellow. Not in Shang-Chi, not in Wandavision, not in Loki and it’s not looking good for No Way Home either. But in the Marvel Comics series, there sometimes seems to be nothing but Mephisto. And today’s Avengers #50 or #750, depending how you count, sees Mephisto, one million years in the past, dealing with a time-travelling Doctor Doom from a different dimension, clad in the flayed mystical skin of one of his past amours.

And we get to see more Avengers spread through time than ever before, as well as the Avengers of One Million BC, we get this lot.

Yes, a Ghost Rider on a sky shark. a Wild West Phoenix, a secret Captain America from a previous War, with Secret Invaders to boot…

And the 3-D Man created by Roy Thomas as a homage to the Joe Simon and Jack Kirby character Captain 3-D, and set in the fifties, as well as the  Tyrannosaurus Rex Star Brand. Faced with these heroes across the aeons, there is but one solution.

Make your own. And with Mephisto doing deals across dimensions with his other selves, acting against other Avengers…

Getting him to kill Tony Stark as an Iron Toddler…

We have a warrior for the Mephistos across the parallel dimensions and serving in Hell.

And we get confirmation of all the members of the Multiversal Masters Of Evil, Mephisto’s very own Avengers. And the Destiny/Kate Pryde character is a Phoenix from another plane of existence, possibly where she may have been turned into a hound, in control of a savage Wolverine.

And Jason Aaron gets to bring back The Orb that saw all back in his Original Sin event.

The climactic battle is, peculiarly not in the big anniversary. Instead, this is all set up for Avengers Forever #1 to come…

AVENGERS #50
MARVEL COMICS
SEP210830
(W) Jason Aaron, Christopher Ruocchio (A) Aaron Kuder, More (CA) Ed McGuinness
COMMEMORATING LEGACY #750!
Supersize extravaganza of Earth’s mightiest action and surprises!
Witness the jaw-dropping conclusion of “World War She-Hulk!” Learn the true purpose of the prehistoric Avengers! Uncover the shocking secret of the Iron Inquisitor! Behold the most powerful collection of super-psychopaths that any Earth has ever seen! Watch the Avengers recruit some shocking new members! And follow the Ghost Rider on a quest for vengeance across the Multiverse that will spark an all-new era in Avengers history!
Plus: A bonus story featuring Thor by Christopher Ruocchio and Steve McNiven!
RATED T+In Shops: Dec 01, 2021
SRP: $9.99