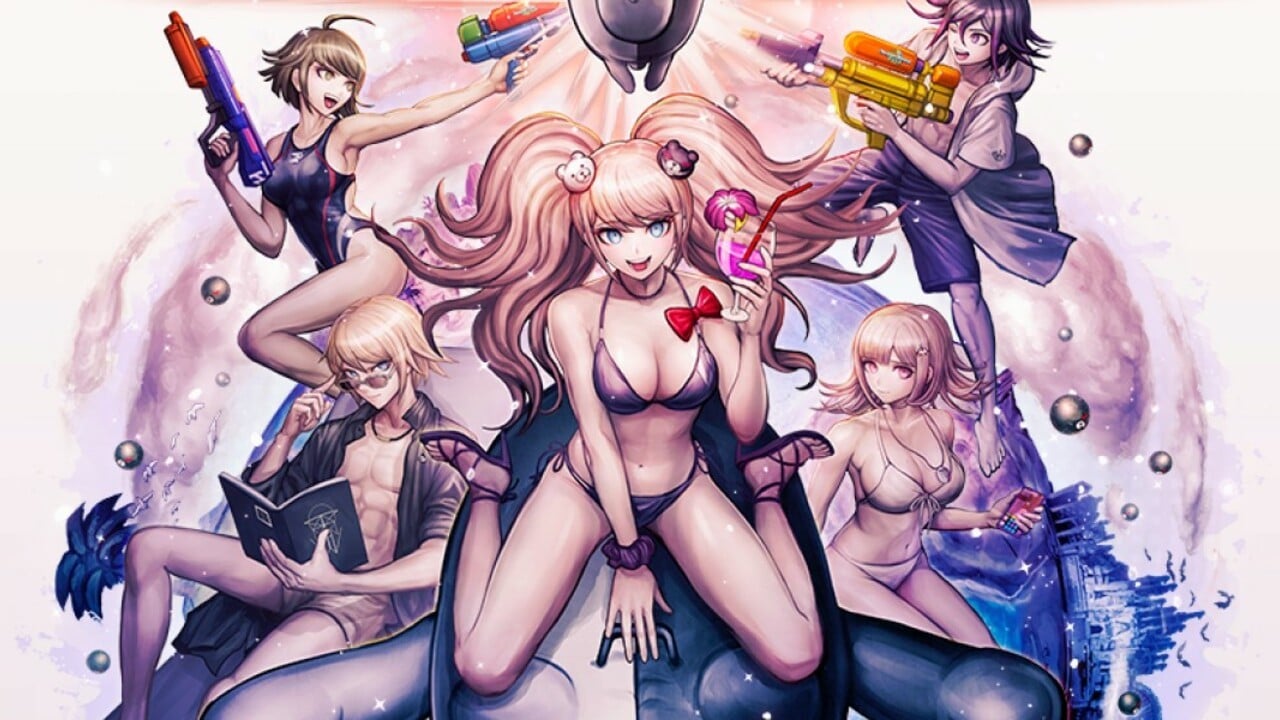 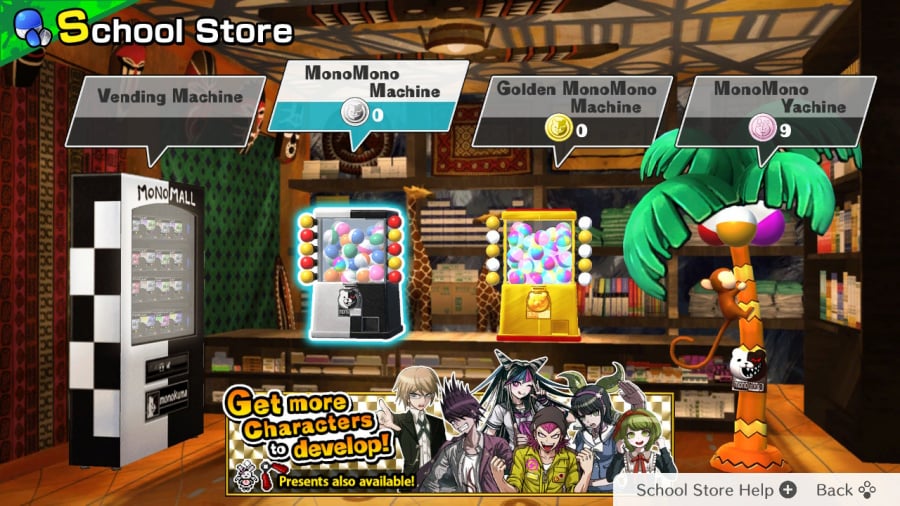 As we’ve established previously, Danganronpa is pretty skeevy in its narrative. Thankfully, though, it has managed to avoid bringing said skeev outside of its world, outside of the fictional space that makes it somewhat more palatable. Danganronpa S: Ultimate Summer Camp, unfortunately, rather breaks that promise.

The “bonus game” element of the Danganronpa Decadence package (though also available separately), Ultimate Summer Camp is an expansion of a post-game feature from Danganronpa V3: Killing Harmony, the strangely-titled ‘Ultimate Talent Development Plan’. Here, you’re presented with a similar board game structure; pick a character from the casts of all four games (yes, even the insipid and un-ported Ultra Despair Girls) and take them out onto the tiles — literally — rolling dice, playing cards and watching your stats shoot up.

Problem is, though, you can’t play as a character unless you have one of their trading cards, which you collect from a series of gacha machines using various currencies. And yes, there’s a vending machine that you pay for with real-world money. And, with that, Danganronpa finally crossed over from a gross game into a gross game, incentivising these microtransactions with a minuscule drop rate in the main game. If this were a free-to-play title, we’d still disapprove but at least it would make some semblance of sense. But it isn’t. This is £17.99 / $19.99, which is difficult even to consider “budget”. 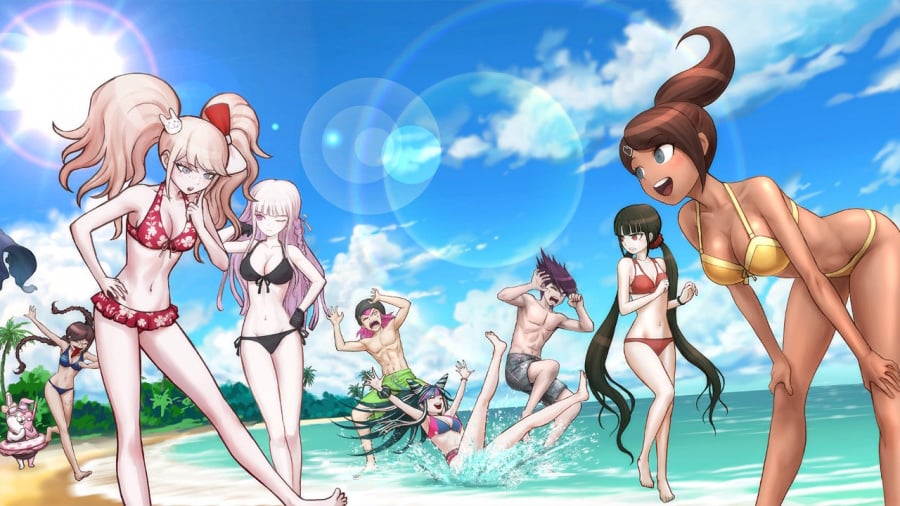 Now, it’s worth noting that the vending machine/real money feature was not active during the reviewing period — the game would hang when selected — so all of this is subject to a last-minute mind-change. But let’s face it, that won’t happen.

Disappointment in its financial structure aside, though, is Ultimate Summer Camp any good? Honestly, no, not really. Will series fans enjoy it? Almost certainly. That may seem a little disparate, but the bulk of the interesting content here is an absolute surplus of interactions between characters from the entire series; beloved fan-favourites who weren’t able to hang out before due to being in different titles or, well, being horribly murdered to death. This is the stuff fan dreams are made of, and the blurb boasts over a thousand new interactions. We’re not 100% convinced that’s on the level, though — while the vast majority of what we witnessed in our dozens of playthroughs was unique, there were a good number of interactions repeated with only the host character changed; turns out Chiaki’s relationship with Hinata wasn’t quite as special as we thought! 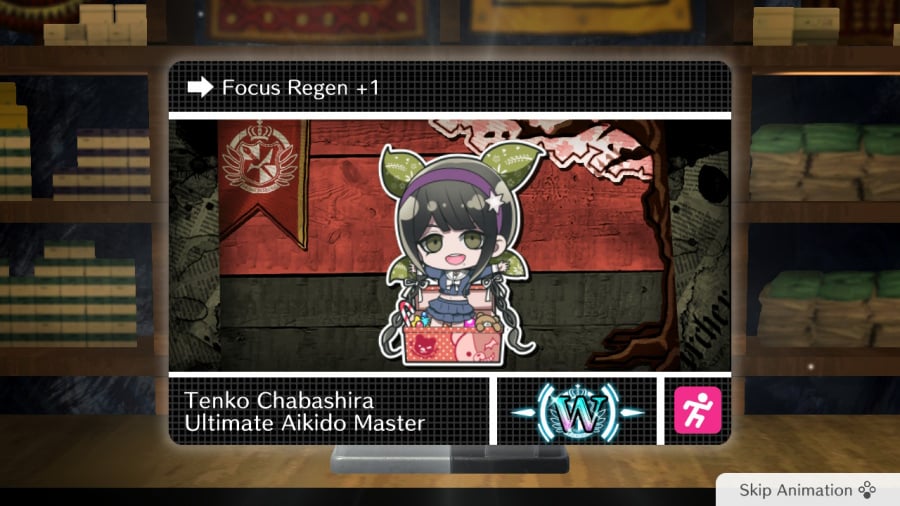 The meat of the game throws you into a recreation of Danganronpa 2‘s Jabberwock Island, seeing you roll dice to progress around the expansive board with each tile offering a different outcome. There are spaces that increase your stats, spaces where you’ll encounter an “event”, spaces where you’ll meet another character, or — most commonly — spaces where you’ll get into a battle with one of many Monokuma-based nasties. These consist of JRPG-style turn-based battles but presented in the simplest way possible, with simple stats and limited choices. You can increase the variety here by levelling up your character with various different collectable Fragments, but in our experience might makes right consistently; pumping points into our overall strength was always more effective than defensive spells or elemental attacks.

You’ll also acquire cards that allow various effects such as double or tripled dice rolls, the ability to warp to a random tile, or to a shop, or — most usefully –to automatically succeed in chance-based events. This is most useful as there are random encounters with V3’s Monokubs that can dramatically hinder your progress if you aren’t lucky enough with the draw, and the Success Card negates that issue.

There are assigned missions to defeat various Monobeasts and collect items from around the board, which in turn unlock new areas to explore, but it’s all rather open and optional. You can make a beeline for good equipment in order to progress further into the board and achieve higher stats from tougher enemies, or try to focus on a certain attribute if that’s what you want to take into the next section when your time is up. 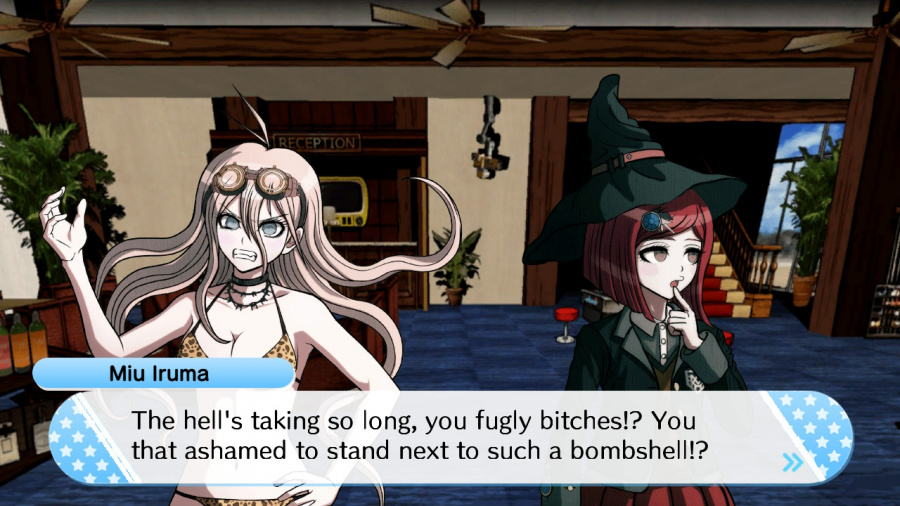 After 50 turns, your game is over and you can take your developed character into Battle Mode as part of a squad of four, overcoming turn-based fights in a linear order as you ascend “Despair Tower”. What this amounts to is a less interesting version of the dungeon-crawl bonus mode from V3, where many battles simply become a matter of attrition. Success gives currency and tickets to spend with Danganronpa 2’s Monomi in order to unlock cards in the gacha machine. Various in-game achievements also unlock these coins, but as mentioned, the drip rate is so slow and the conditions so grindy that dropping real money will start to seem really tempting.

While it’s a fun time for fans, Danganronpa S: Ultimate Summer Camp is a total grindfest and plays almost the exact same way every time. With gameplay that’s both luck-based and uninspiring, it’s an incredibly tough recommendation to anyone but devoted series obsessives. This writer found it compelling — games don’t take that long — but it is repetitive to a fault, and by design. Bizarrely, there are some ways in which it’s less interesting and compelling than the equivalent unlockable feature in V3 and that was a free post-game bonus. Ask yourself if you really need to spend money to see the characters in swimsuits and make your decision from there.