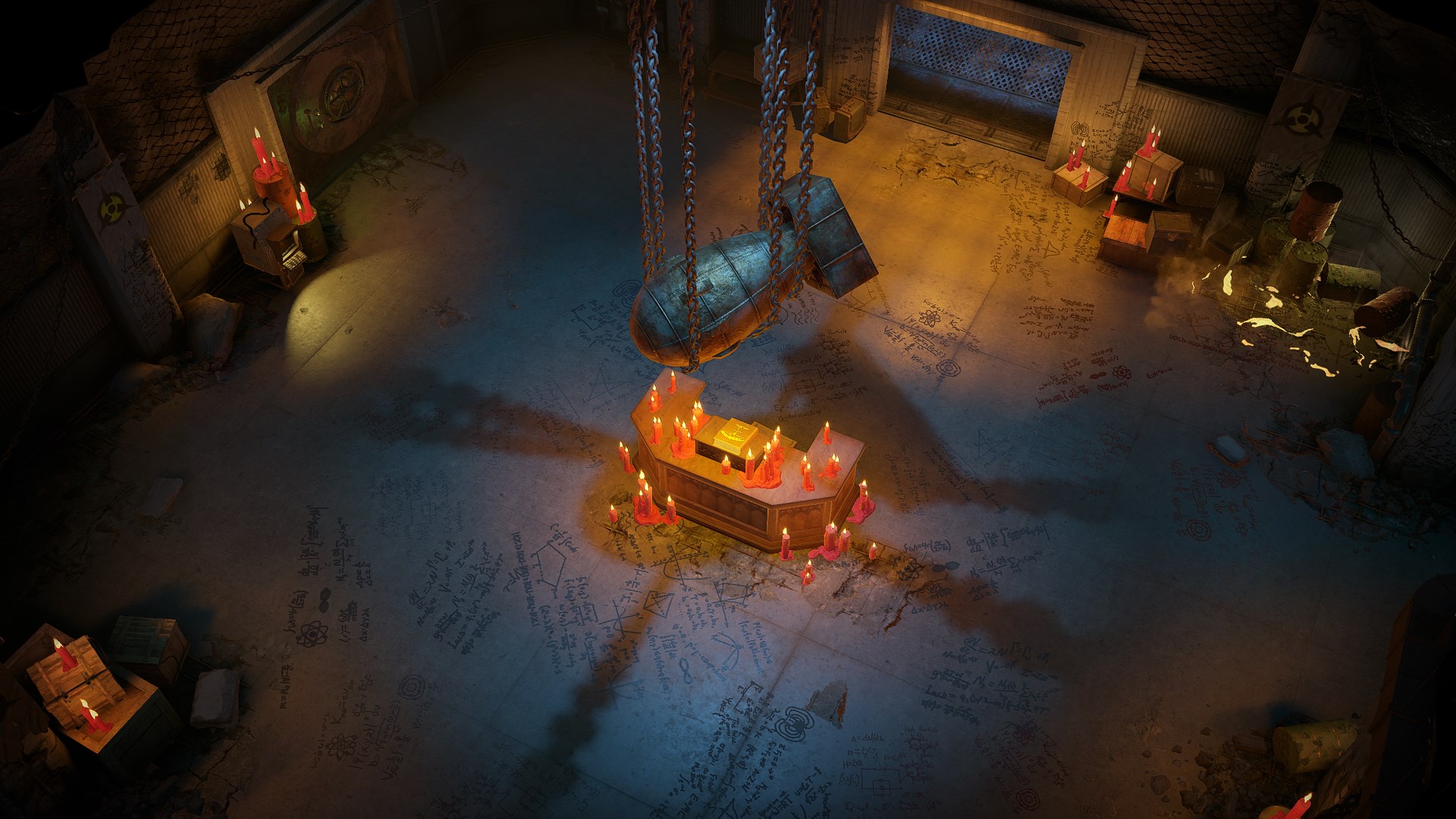 It’s time to once again expand upon inXile Entertainment’s magnum opus, Wasteland 3. Joining the previous addition of The Battle for Steeltown, the new expansion is Cult of the Holy Detonation. But should you invest the time necessary, or is it a missable pack? Let’s strap on a radiation suit and sally forth.

To access the expansion, you need to load into the Wasteland 3 world map with a team that is a minimum level of 16. As long as you meet this criteria Theo Curie will contact you over the radio with a mission for you. He has caught wind of a way to power Colorado Springs, and it all sounds too good to be true… Which in the world of Wasteland 3, usually means it is! Theo asks us to head deep into the mountains to get to a place called Cheyenne Mountain, where this supposed power source is said to be. On the way, the leader of the 100 families back in town also contacts us, to ask for help in shutting this power supply down as he feels that it is too dangerous to have it connected to the power grid. So the scene is set, with two different teams asking us to perform diametrically opposed activities.

Now, a word of warning before you dive in – if you go straight to Cheyenne Mountain as soon as you can – i.e. at level 16 – you will find everything in Cult of the Holy Detonation to be really hard going. And besides, to actually get to the entrance to the area, you will also need to update the protection of your chassis, as the radiation around Cheyenne Mountain is stronger than the radiation in the surrounding wasteland. It’s something to be aware of.

As soon as you enter the area of Cult of the Holy Detonation, you are thrown straight into the deep end; straight into a battle with very strong enemies. Luckily, in this area, you can still use the Kodiak, and within two moves I had managed to run over all the bad guys and therefore won the fight. However, in an almost unheard of turn of events in Wasteland 3, I did manage to get a weird glitch the first time I actioned this fight, where in the middle of a cutscene, Brother Carbuncle, some weird looking mutant thing, managed to keel over and die, causing the rest of the conversation to glitch out and the quest to be unable to be advanced. Luckily, restarting the battle and keeping him alive allows for progress, but losing time, effort and being forced to restart is always annoying.

This time around, in addition to the expected new weapons and armour that is to be found and equipped, there are also a couple of new mechanics to get to grips with. The first is the Holy Radiation itself. As you explore the complex, you will come across areas of the floorplan that have a kind of golden glow about them. This is Holy Radiation, and moving your troopers around in it can lead to them being irradiated. This effect can stack up to ten times, and with the effect only able to be removed by using an item that isn’t very common, you need to keep an eye on the gang. It’s easy to spot who is affected by this radiation, as they do literally glow in the dark! It appears that the radiation can have a few different effects or mutations too – some good, and some not so.

The second new mechanic included in the expansion is that of objective based battles, which differ from regular battles in that it isn’t a “shoot all the things to win” based tactic. In an early example from the DLC, we have to go into a room and turn off four switches. The slight wrinkle in the plan is that there are some robotic devices in the room, that when they detect movement, will summon turrets to try and ruin your entire day. And when I say summon turrets, I mean three each turn, all at level 32. And just to make things a little bit more exciting, the sensors cannot be damaged or destroyed. You then have to figure out how to move through the room, hitting the switches as you go, in order to move on with the story.

The battles like this are a lot harder than regular ones, as you have to use your team in new and unusual ways. It’s nice that these help to bring a new dimension to the gameplay, which is welcome this far into Wasteland 3’s life cycle.

Wasteland 3: Cult of the Holy Detonation is a lot of fun to play through, if brutally hard at lower levels. The story is intriguing, and with the multitude of different characters to meet and interact with, and different factions to play off against each other, the DLC does more than enough to keep you playing. If you have finished the main game, this is a worthy addition, giving reason to dust your team off and bring them out of retirement. If you haven’t, this can be a good place to stop off and tool yourself up before continuing the story. All in all, the final expansion to Wasteland 3 is a good one.

Pick up Wasteland 3: Cult of the Holy Detonation from the Xbox Store if you have the base game