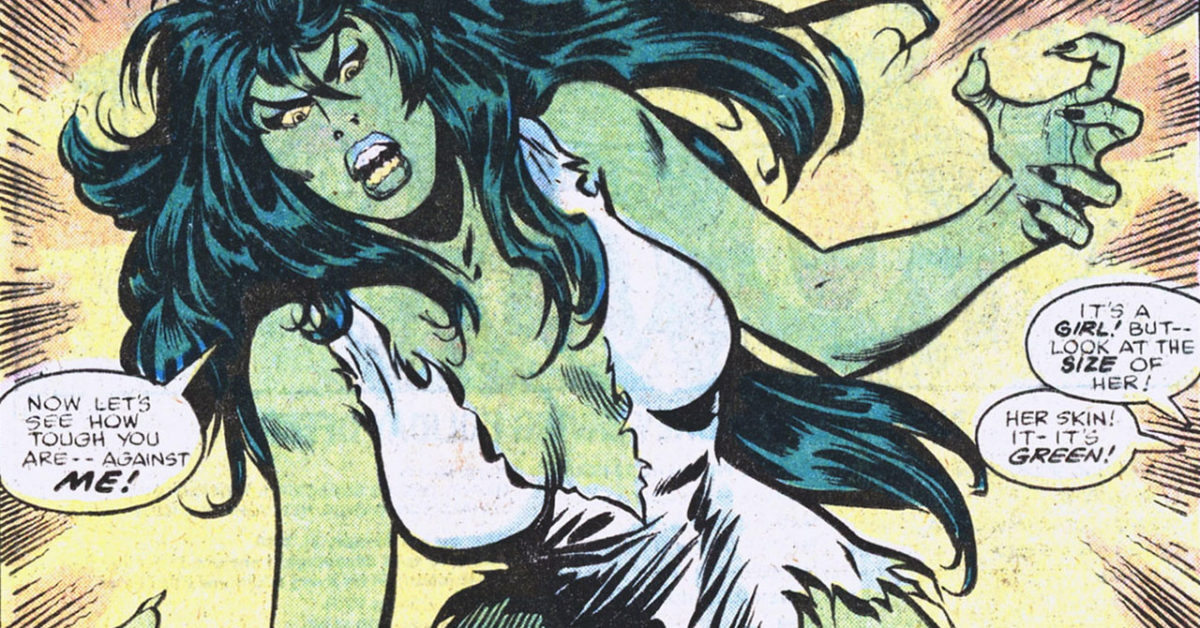 By most accounts, She-Hulk was meant to be a media star from the very beginning. Developed during the height of the popularity of The Incredible Hulk television series, by some accounts, the character was created to prevent series producer Kenneth Johnson from creating a female Hulk spin-off (as he had done with The Six Million Dollar Man spin-off The Bionic Woman) before Marvel themselves could.  And indeed, the history shows that Marvel had plans for the character as a television star from the very beginning.  An increasingly-popular vintage Marvel key with the Disney+ She-Hulk series on the way, there’s a Savage She-Hulk #1 (Marvel, 1980) CGC NM+ 9.6 White pages up for auction at the 2021 November 28-29 Sunday & Monday Comic Books Select Auction #122148 at Heritage Auctions.

Savage She-Hulk #1 debuted in 1980 to what passed for considerable media fanfare for that era.  In a New York Times News Service piece that appeared just after the debut of that issue, Stan Lee noted that the issue sold around 250,000 copies, and was part of a Marvel push for giving more female characters their own series, which also included Dazzler and Spider-Woman.  While noting that the character’s profession as a lawyer was because Lee was “a great believer in equality”, Lee also conceded that the character wore pants in the first two issues “because pants tear best into the kind of skimpy costume Jennifer wears when she turns into She-Hulk.”  Lee also no-commented the reporter’s question about the character’s resemblance to Raquel Welch.  That said, the character has been a fan favorite since the beginning, and there’s a Savage She-Hulk #1 (Marvel, 1980) CGC NM+ 9.6 White pages up for auction at the 2021 November 28-29 Sunday & Monday Comic Books Select Auction #122148 at Heritage Auctions.

View the certification for CGC Certification ID 3728432003 and purchase grader’s notes if available.

Dark Horse Comics August 2022 Solicitations
Destiny 2: Where Is Xur Today? Location and Exotic Items Guide for May 20-24
Sony Chief Responds To Rumors Of Will Smith’s Bad Boys 4 Being Paused After Oscars Slap
PlayStation Store Update Worldwide – May 24, 2022
Tiny Tina’s Wonderlands: Glutton’s Gamble is Out Now for Xbox One and Xbox Series X|S