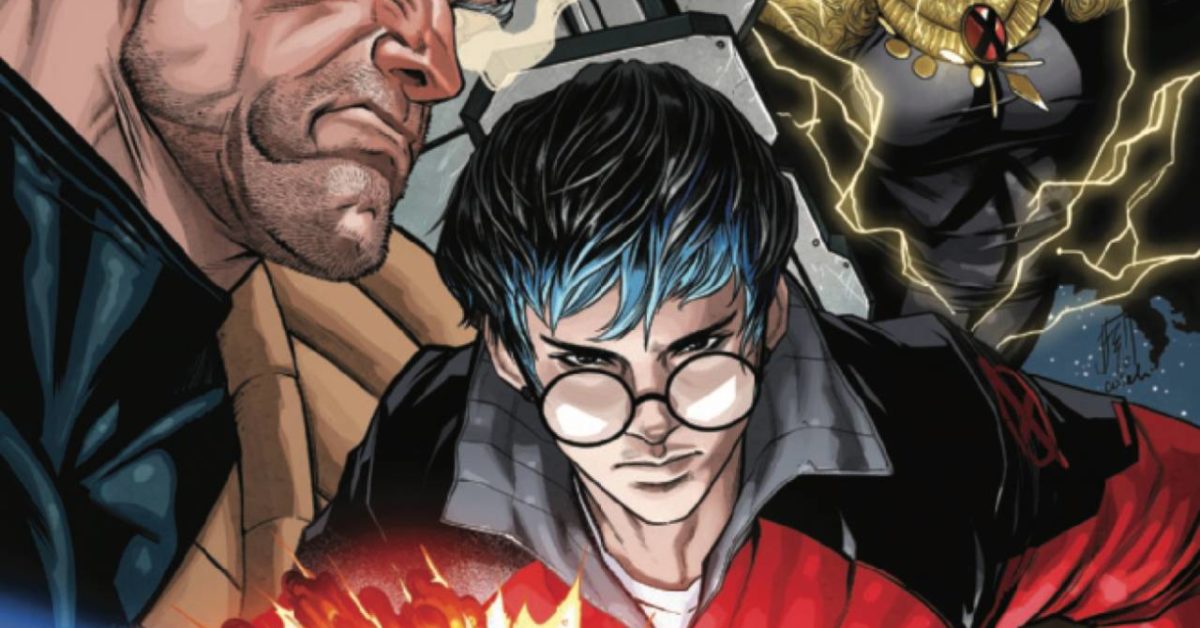 S.W.O.R.D. #10 leans much more towards espionage than the previous mission of being a stellar version of the Night’s Watch and takes a big swing with a clever little idea. This is a very high-stakes game that leads to real (if not lasting) damage in the name of the greater good. Whether that justification is enough or there’s something rotten in Denmark (or Krakoa), that’s left for the reader to decide.

The wheelchair-bound technopath Wiz Kid lets the reader in on a secret, one he’s been hiding and one where his rationales can be seen from whatever certain point of view you might already hold. His dealings with the equivalent devil are laid out in detail here, and when that finally is laid bare to the reader, it’s quite a shock.

Al Ewing is no stranger to scripts that wind and weave their way through plot twists like a corkscrew pass finding a wide receiver through double coverage. Here, his writing drives hard to a complex set of story points. The patient, subtle artwork from Jacopo Camagni, Fernando Sifuentes, and Ariana Maher delivers this script with deadpan deliberation, never letting on the face behind the mask.

The only possible criticism is the moral relativism at play here; the bad decisions made for good reasons are presented in a way that makes three-dimensional chess look like marbles by comparison. Mixed messages are a hard sell when stated plainly, so adding misdirection and mayhem to the mix may be a bridge too far.

Nonetheless, whether every nuance lands in your subconscious or washes over you, there’s no denying this book has a plan. Whether or not you get it before it happens will be the question of how much impact it has. RATING: HONORABLE MENTION

S.W.O.R.D. #10
By Al Ewing, Jacopo Camagni
STATION DOWN! As Storm battles the Lethal Legion on Mars, there are explosive problems on the Peak – as the mole in S.W.O.R.D. is revealed! Meanwhile, Wiz Kid and Cable find themselves face-to-face with the one foe they never expected! And where is Abigail Brand?

Review by Hannibal Tabu
What is Wiz Kid doing, dallying with demons intent on his downfall? The answer may surprise many, many people. Who doesn’t love a surprise?
Akira Yoshida, Jordan D. White, Annalise Bissa, Lauren Amaro