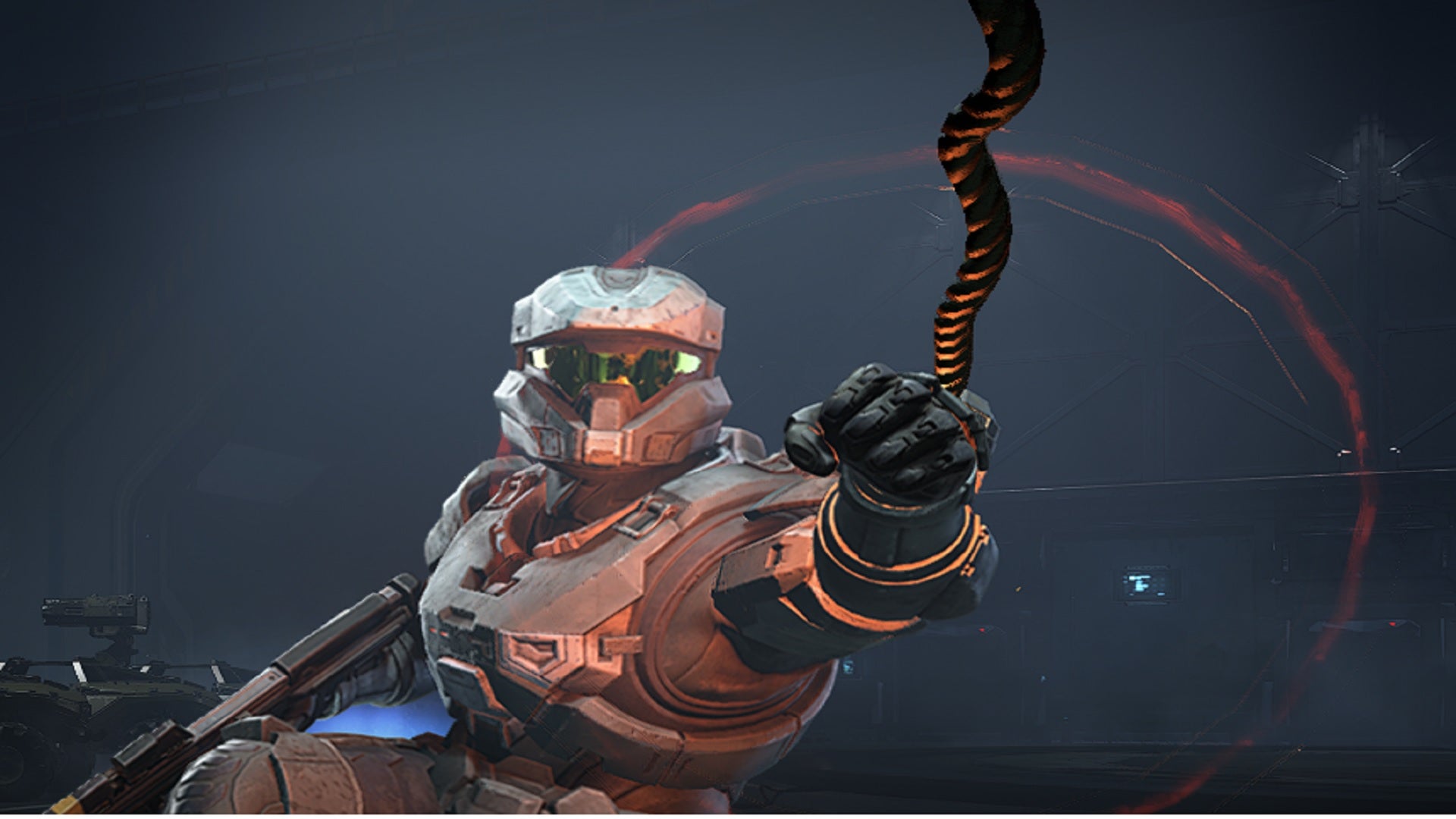 Following on from Halo Infinite‘s first event, the samurai-inspired Fractures: Tenrai, we may be getting some less out-there armour in the next event.

A dataminer called @_FireMonkey has unveiled what could be up for grabs for players eager to move their way through a new event battle pass in February 2022. It should be noted that, from what we’ve seen so far, this may not be a complete list – Fractures: Tenrai has 30 tiers of rewards whereas there are only 10 listed here. Could we even get another armour core higher up the list, similar to the Yoroi armour core in the current, on-going event? Or could this mean we’re going to get shorter events in-between larger seasons? We’ll have to wait and see.

The only currently known info is the rewards, capstones and special playlist is currently unknown.


The rewards listed so far include the Claw Patrol Spartan Pose, the Scorpion Punch Amour Coating, the Mark V Zeta Helmet, and the UA/Mauros Helmet Attachment. As is now standard, you’ll also get a number of XP grant and challenge swap tokens, too.

The dataminer notes that the event could end up being called Tactical Ops because the game modes that’ll reportedly appear in the setlist are called:

If that checks out, colour me interested – pistol playlists in legacy Halo games have always been incredibly fun, and this might even mean we get something SWAT-like in the future, too. Bring on those headshots.

If you want to know how to better move through the battle pass (and its now-infamous progression hitches), you can check out our Halo Infinite Mulitplayer Tutorial for some easy levelling tips. In the meantime, here’s everything you need to know about the Halo Infinite Tenrai Event – including how to level quickly, and how long does it take to finish the pass. To help you get those elusive kills, you may also want to check out the best controller setup for Xbox and PC, too.