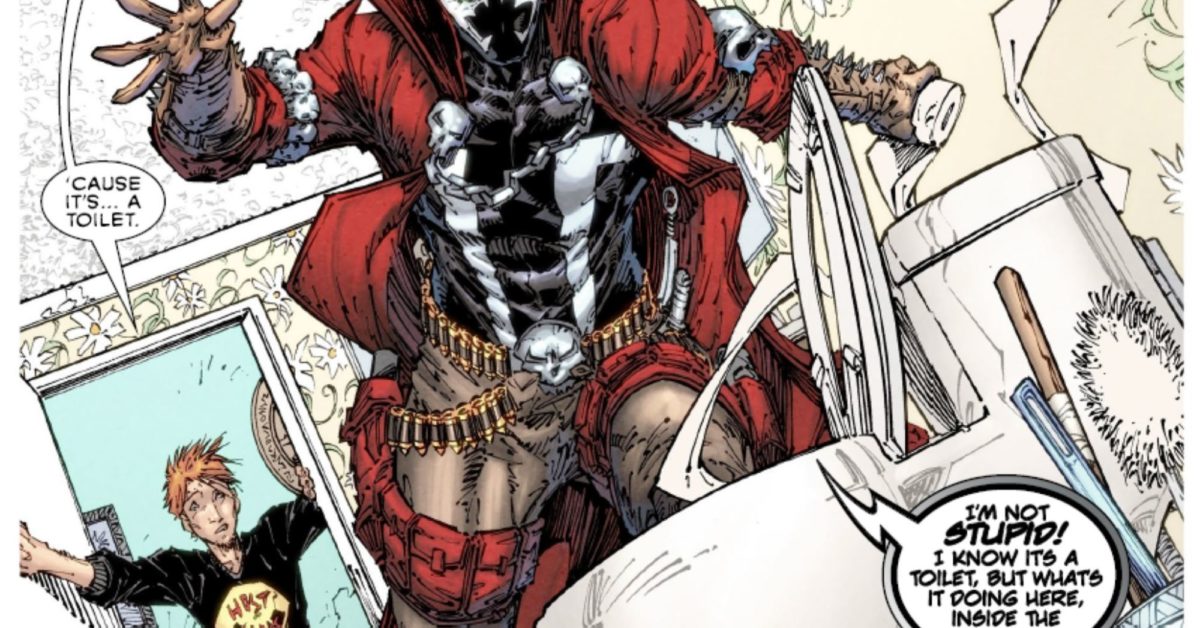 Gunslinger Spawn was a priest born two hundred years ago in the Old West who has come to the present day as a Spawn, a demonic entitity of hell. Ish. When I talked to Todd McFarlane about Gunslinger Spawn, he told me “I think he could be my breakout character. I mean he breaks out now, but I think I can push him even further, so if you think Spawn’s badass, Gunslinger’s gonna make Spawn look a little bit like a boy scout, because he’s a man out of time that’s going to be trying to figure out what to do in modern times and how he gets back to where he came from. I assume every one of us pulled out a time wouldn’t just go, oh that’s okay because you got cool gadgets here, and I met a few friends, I can ignore my entire life someplace else. Because I assume most of us have people we gave a f-ck about.” Well in today’s Gunslinger Spawn #2 he comes face top face with one of those gadgets. Well, not face exactly…

Well, I suppose it beats the government spewing it out as usual. And it did remind me of a Spider-Man scene before Todd McFarlane came onto the scene….

GUNSLINGER SPAWN #2 CVR B BOOTH
IMAGE COMICS
SEP210173
(W) Todd McFarlane (A/CA) Brett Booth
Vampires. Guns. And Blood!!! But whose blood will be spilled first?!? Gunslinger stumbles across a vicious vampire cult’s plot to kill Al Simmons… who Gunslinger needs alive if he is ever to return back to 1859.In Shops: Nov 24, 2021
SRP: $2.99