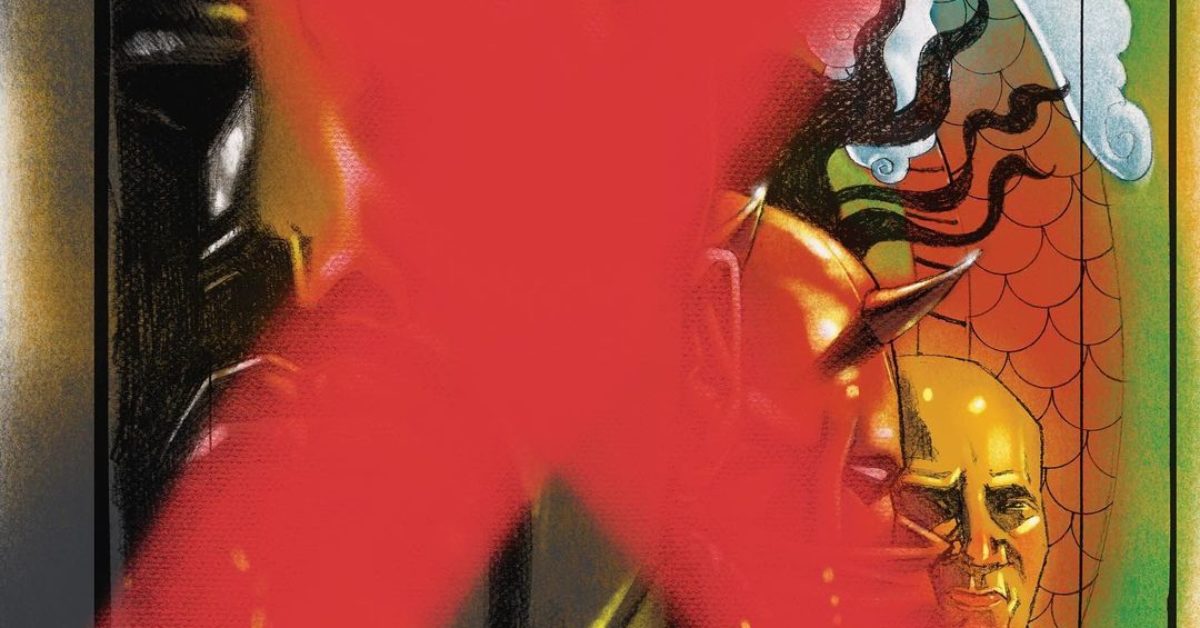 MAN PLANS, GOD LAUGHS: No easy way to say this. I got the word Luke Cage got cancelled this morning, one month away from its premiere. The scripts are all written. The first issue is done and is a thing of absolute beauty. Issues 2 and 3 are deep into production. Covers have been drawn. People have gotten excited, and with good reason as far as I’m concerned. I remain as proud of this as any work I’ve ever done. Maybe someday it will be seen. But as of today this comic is dead in the water. If you want answers I am not the man to ask. My heart is broken. I’m taking a social media break to lick my wounds. Somewhere god is having a chuckle. Enjoy it.

I’ll be asking around and seeing what I can find out. In the comments, David F Walker replied saying “I’m genuinely sorry. I went through something similar with Marvel a few times, and it always feels like crap.” Here are the solicitations for what would have run, and when. You know, there’s The Black Panel at San Diego Comic-Con on Black Friday – I wonder if this will come up?

LUKE CAGE CITY ON FIRE #1 (OF 3) ANDERSON VAR
MARVEL COMICS
AUG211109
(W) Ho Che Anderson (A) Farid Karami (CA) Ho Che Anderson
AN ALL-TOO-RELEVANT STORY ROCKS THE MARVEL U!
When a Black man is murdered by a police officer in New York City, Luke Cage is called to action. But what does a good man do when protecting the streets puts him at odds with his own people? A cadre of crooked cops named the Regulators are out to terrorize ordinary
citizens, and with Daredevil determined to bring them down no matter the cost and Mayor Fisk equally determined to use them to tighten his grip on the city, it’s up to Cage to keep the city from completely going up in flames. Joined by an exciting lineup of artists (Farid
Karami on #1, Ray-Anthony Height on #2 and Sean Damien Hill on #3), celebrated creator Ho Che Anderson (King: A Comics Biography of Martin Luther King, Jr.; Scream Queen) makes his Marvel debut with an ambitious, hard-hitting story unlike any you’ve seen in the 616. Change is coming – and it starts here. RATED T+In Shops: Dec 29, 2021 SRP: $4.99

LUKE CAGE CITY ON FIRE #2 (OF 3) RAHZZAH VAR
MARVEL COMICS
NOV210813
(W) Ho Che Anderson (A) Ray-Anthony Height (CA) Rahzzah
KINGPIN TURNS UP THE HEAT!
Luke Cage and Daredevil are on a dangerous journey across New York City to deliver someone to a safe house, but to do so, they must first get through the lethal Regulators, angry mobs and the mayor himself, Wilson Fisk! RATED T+In Shops: Jan 26, 2022 SRP: $4.99

LUKE CAGE CITY ON FIRE #3 (OF 3) AMEZIANE VAR
MARVEL COMICS
DEC210925
(W) Ho Che Anderson (A) Ray-Anthony Height (CA) Rahzzah
A TURNING POINT FOR CAGE!
As the city burns, the Regulators set their sights on an innocent child who’s unwittingly holding critical information. Luke Cage races to get to the girl first, which brings him face to face with Jo Rockhead, the lethal leader of the Regulators who has the power to turn people to stone. It’s a fight for the very soul of the city – but when Luke finds out he and Rockhead have something in common, will his resolve waver?
Rated T+In Shops: Feb 23, 2022 SRP: $4.99