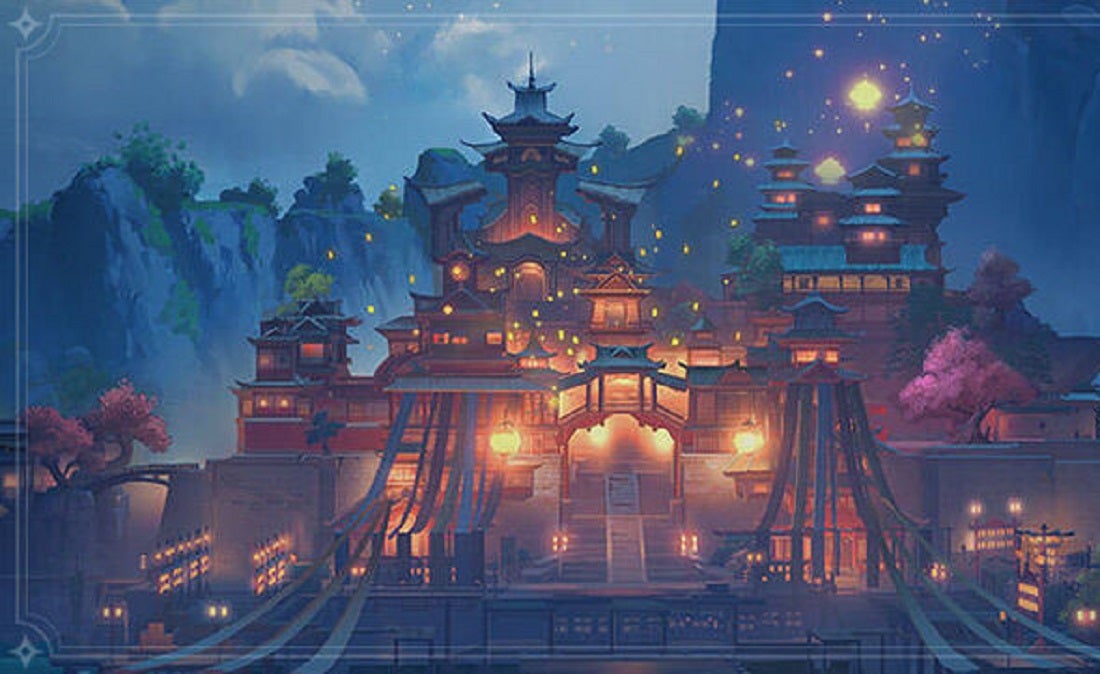 Genshin Impact is known for being a lot of things. It’s known for its large and lovable cast, its genuinely quite beautiful open world, and of course players rolling away ludicrous amounts of money for rare characters. It’s also known for being a leaky ship, with a dedicated community of data miners and content leakers digging up tonnes of new content before its official reveal.

With the release of the Genshin Impact version 2.3 update and the 2.4 closed beta out there in the wild, numerous discoveries have been made about what may be coming next. Including a new region called Enkanomiya, reruns of the Lantern Rite and Windtrace events, alongside new story and hangout quests.

Before we get into this info it’s worth stating that even if these tidbits of early info come from leakers with a track record of getting things right, take everything with a pinch of salt. All the information is seemingly coming from a beta build of Genshin Impact version 2.4, so anything there is subject to changes or delays.

This zone was hinted at being the next major location we visit by leaker Ubatcha on their Discord just over a week ago, and has now been confirmed by several sources who are digging around the version 2.4 beta. Another prominent Genshin Impact leaker Project Celestia has released additional information about the new zone on Twitter.

Enkanomiya will feature an alternating time cycle between Evernight and Whitenight that reveals different appearances of environments and mechanisms. There are a total of 9 subareas in Enkanomiya.


This includes the number of subareas in Enkanomiya, of which there allegedly seem to be nine. Also, the region also may have an alternating time cycle between Evernight and Whitenight. According to Project Celestia, these different cycles will reveal different environments and mechanisms across the areas.

We know only a little about Enkanomiya in game, mostly from the side quests “The Moon-Bathed Deeps” and “Heart of Watasumi” which you can check out right now on Inazuma’s western islands. It’s found beneath a deep pool near the Sangonomiya Shrine, so you can take a gander at the entrance right now if you wish to do so!

We’re also getting reruns of two incredibly fun events that were previously featured in Genshin Impact. This again comes from Project Celestia, who has claimed that version 2.4 will have the same general structure as previous major updates:One main event quest, one story quest, and two character hangouts.


Lantern rite is a Chinese New year event set in Liyue, and has previously allowed players to claim certain four star Liyue characters through the event currency. As it is expect that version 2.4 would release around February 2022, this would line up with real life Chinese new Year celebrations, and thus gives this claim more worth.

We’re also getting Windtrace back according to popular leaker Blank on their discord. This event appears to be heading to seven new locations: four in Inazuma, two in Liyue, and one in Mondstadt.

As mentioned in the prior section, leaker Project Celestia has claimed that two new hangouts will be available during the version 2.4 update. These will seemingly be for Ningguang – a major character in the Liyue storyline – and Yun Jin who will be newly added to the game in the future update.

They also claim that the next story quest will be for Shenhe, the other new character that has been revealed officially by MiHoYo but without a release date set in stone. These additions, alongside the returning lantern rite event would fill out the content slots you’d expect from a major update.

That wraps up all the major leaks out there at the moment that come from credible sources. If any new leaks pop up, you can be sure that we’ll cover it here on VG247.

If you’d like to return your focus to the current content added with version 2.3 of Genshin Impact, we’ve written up a boss guide for the Golden Wolf Lord you can check out if you’re having trouble. Also, since we’re nearing the end of the month, be sure to check out our page on free Genshin Impact primo gems and reward codes for November.