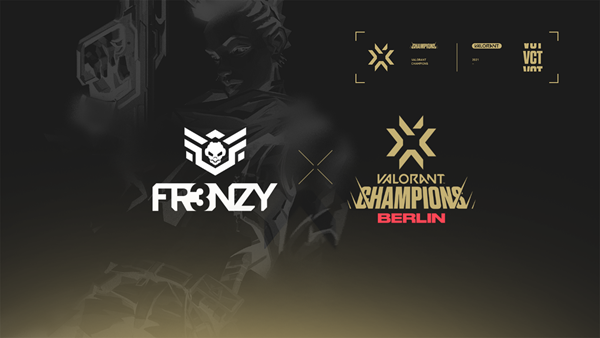 As per the agreement, Frenzy will produce the Polish broadcast of the championship, which is set to take place from December 1st to 12th in Berlin, Germany.

The agreement will see the competition be broadcast on Polsat Games, the linear television channel owned by Cyfrowy Polsat S.A.

Marcin Kilar, Managing Director of Frenzy, spoke on the announcement: “VALORANT’s esports scene is expanding rapidly all over the world, in Poland too. It goes without saying that we will take care of domestic fans by offering them Polish language broadcasts of the most important games of the year.

“We are constantly committed to bringing highest quality production and providing fans with unforgettable experiences. I am proud to see the VALORANT Champions 2021 not only on the internet but also on TV.”

This marks the second major deal Frenzy has done since ESE Entertainment acquired the media firm earlier in October. Shortly after the announcement, Frenzy was revealed as the official producer of PGL Major Stockholm 2021 broadcasts in Poland.

Jędrzej Stęszewski, ESE Director of Operations, said: “VALORANT has approximately 15m active players each month and its number of viewers is growing steadily. The Champions tournament is primed to be a great success.

“It’s also an excellent opportunity for Frenzy to cooperate with one of the most important game publishers in the world, strengthening relations with Riot Games.”

Esports Insider says: The merger of ESE Entertainment with Frenzy was supposed to be a major catalyst in its ambitious growth plans, and just one month later, it’s clear that the company is following through. Having secured deals for Polish broadcasts of two prestigious esports events, Frenzy is potentially on its way to establishing itself as Poland’s main esports broadcaster.

Codename: Wandering Sword is a Wuxia RPG with a blend of real-time and turn-based battles
Laura Dern Reveals She Was Only 23 Years Old in Original ‘Jurassic Park’
‘Downton Abbey: A New Era’ Debuts With $1M In Thursday Previews
‘Real Time’s’ Bill Maher Claims Rise Of LGBTQ May Be Sparked By Need To Be Trendy
INTERVIEW: Inspiration & pets with Christina Chong of STAR TREK: STRANGE NEW WORLDS