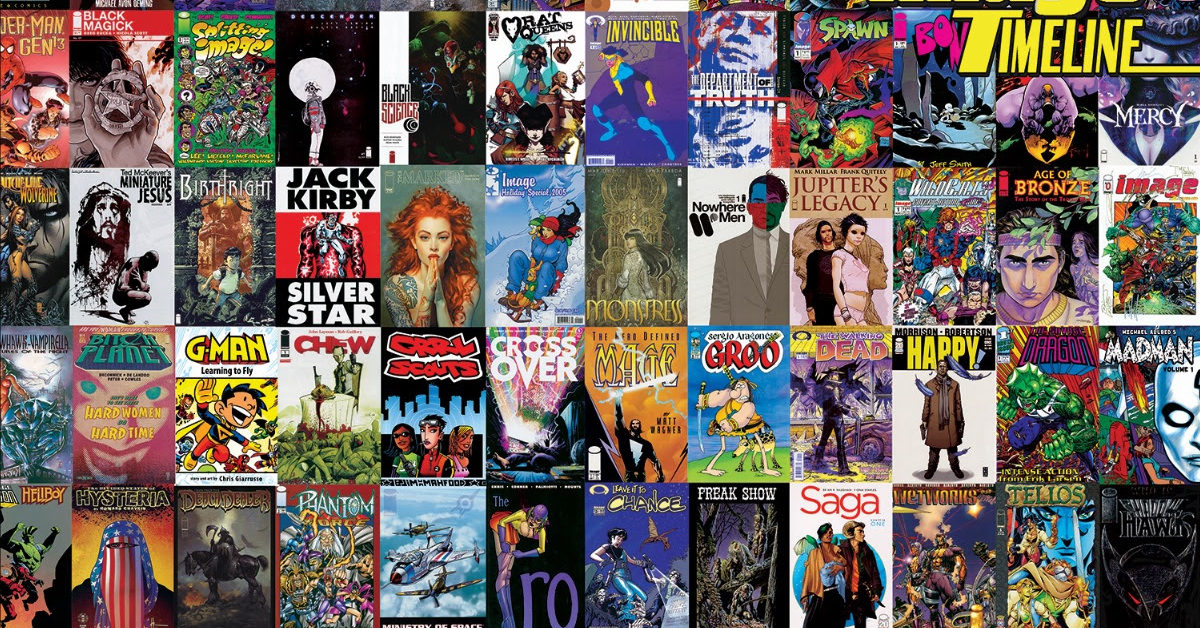 We mentioned this last week in Image Comics February 2022 solicits and solicitations, that Jim Valentino was creating an Official Image Comics timeline one-shot.

Image Comics archivist and co-founder Jim Valentino details the company’s history (warts and all!) in the single most comprehensive chronology of the company ever published—The Official Image Timeline. The one-shot will hit shelves in February 2022, just in time for Image Comics’ 30th anniversary.

Well, there certainly have been a few warts here and there over the years, how honest will they be? And how topical? Will the issues of unionisation, that Jim Valentino once supported, come up? Expect a lot of the studio infighting, poaching, walking, votes, and ejections to be in there. But what about the accusations of racism, sexism, transphobia and the like? How did Robert Kirkman really get the founder gig? What was the founders’ response when Image Comics twisted on the whims of Eric Stephenson away from the superhero base they began with, and how has he survived in the position so long? What were the issues David Brothers talked about as to why he left? What happened when Bendis pulled his comics to Marvel, then DC – and did they say no before he took them back to Dark Horse? What was the internal reaction to the Howard Chaykin cover, the James Robinson content, the return of John Upchurch, the Warren Ellis imprint plans – indeed all the recently planned creator imprints? And how did the recent shutdowns affect everything?

“I’ve worked diligently on this Timeline for the past year, trying to stay as true to the facts as possible, regardless where they lead,” said Valentino. “While I sincerely hope that fans, new and old, will enjoy this illustrated journey through the last 30 years—I also hope that this Timeline will put to rest, once and for all, the misinformation and misunderstandings of what Image is and what it has strived to be.”

Or might it just kick over the can one more time?

Featuring rarely seen covers, photos, milestones, and behind-the-scenes events from the company’s Marvel-ous beginnings to the present, The Official Image Timeline is the chronicle all future histories will be judged against. This special one-shot will also feature an introduction by current Image Comics Publisher Eric Stephenson and include a chronicle of historic Image accolades.

And, ooh look, there are statues.

The Official Image Timeline will be printed in a 64-page prestige format, at comic book shops on Wednesday, the 2nd of February.