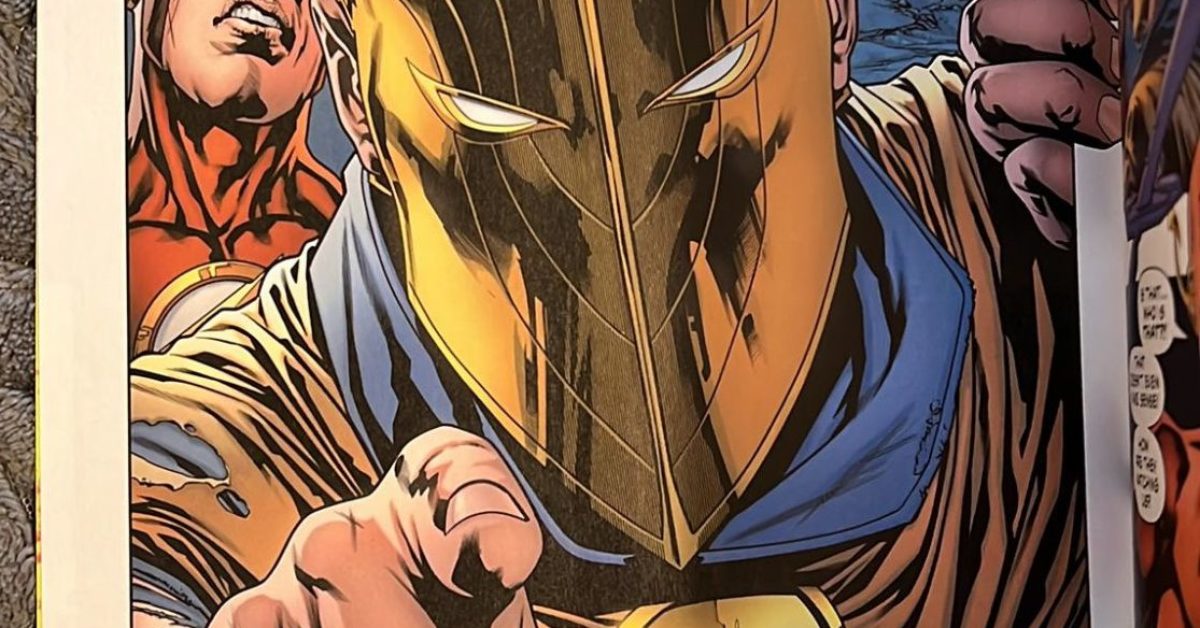 It has been observed (sometimes by me) that the powers of Dr Manhattan in Watchmen are basically the powers of the average reader of a comic book. We can read it in any order we like, go back, flick forward, experience time as we choose rather than how the characters live it or how the author might intend. We can crumple it up, rip in half or slab it, never to be read again. Who Watches The Watchmen? We do. In any order we wish.

It’s a lesson that today’s Flash #776 has taken to heart, reversing the direction of travel. In a nod to the classic Animal Man #19 (itself a nod to Bryan Talbot’s Brainstorm), Doctor Fate makes an appeal to the most powerful beings in creation. Us.

There have been a few other good examples of this kind of thing, the issue of Mighty Avengers where the reader themselves become an honorary member of the Avengers was a good one. And in Deadpool you had to throw dice. But today’s Flash #776 throws some new tricks at us,

We believe, Dr Fate, we believe! But we get to do a lot more than clap our hands to keep the fairies alive.

I mean seriously, when Dr Fate tells you to do something, you do it. The only problem is… doesn’t quite work if you are reading digitally. May I suggest you operate your screen orientation lock before reading if you choose that way?

Do as you are told, comply, the fate of the universe is in your hands. And at this moment cheeks. But there is more to come as you get sent on a scavenger hunt back through the rest of the comic book. I mean you could just blindly go through this without doing what Dr Fate tells you. But where’s the fun in that? Just… just blow, okay?

FLASH #776 CVR A BRANDON PETERSON
(W) Jeremy Adams (A) Fernando Pasarin (CA) Brandon Peterson
Doctor Fate arrives to whisk the Flash away to the IN-BETWEEN, a two-dimensional causeway filled with demonic forces. Now it’s up to YOU, the reader, to help the Scarlet Speedster make his way through the dangerous dimension toward his final destination and the beginning of a brand-new adventure!
Retail: $3.99 In-Store Date: 11/23/2021