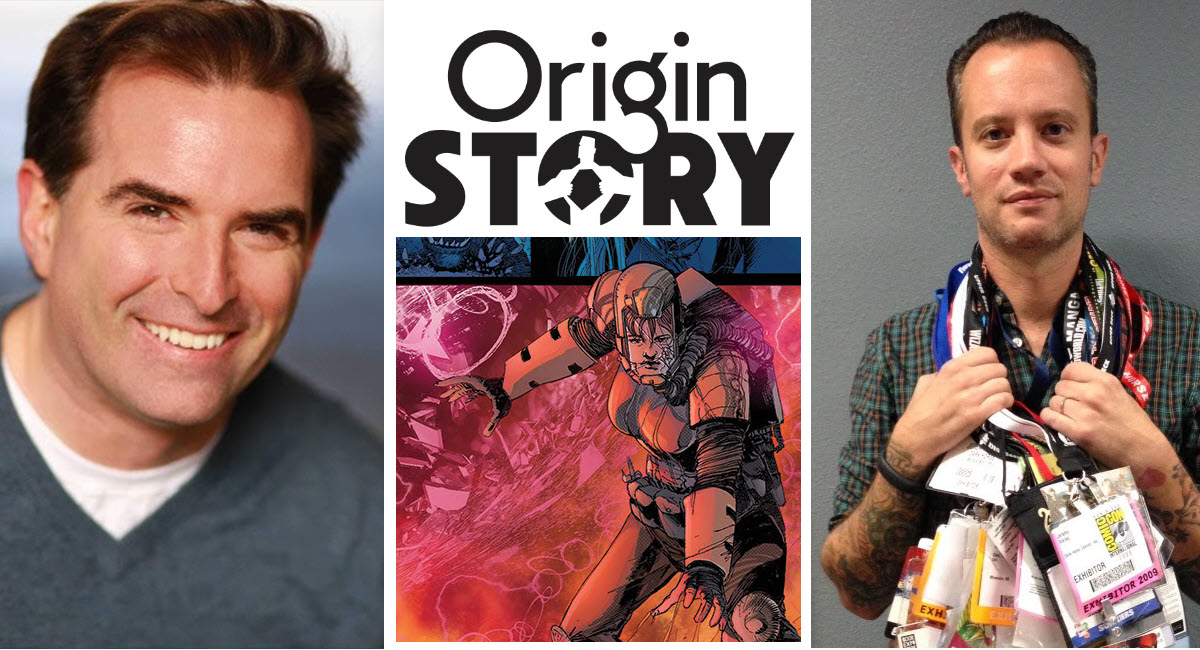 Artist John Stanisci and longtime comics marketer Jeremy Atkins have launched Origin Story, a newsletter devoted to comics process that will also be the home of Stanisci’s creator-owned work going forward. The first project from Stanisci that will be available exclusively from Origin Story, which is hosted on Substack, is the return of LifeDeath, a sci-fi series spinning out of the graphic novel of the same name. Along with LifeDeath, Stanisci and Atkins will offer behind-the-scenes material and classes on both creating comics and marketing them to audiences.

Here’s a description for LifeDeath:

Mars. Year 2211. A rogue scientist from Earth discovers the afterlife is really an ancient computer program, designed to upload our consciousness when we die. Over the centuries, this program grew to life, to sentience. But, now, that program is crashing.

Dr. Meredith Ross, an expert in meta-psychiatric science, has been released from prison in order to track down the fugitive scientist. Meredith has spent her life trying to reach the afterlife from our world, to prove its existence….and to find her long gone father. Now, on Mars, she will learn the truth about what the afterlife is as she becomes the one person who has any chance to save the billions of countless souls connected inside its programming before they are lost forever.

The Origin Story newsletter will be available in a number of paid tiers. For $7 a month, or the discounted rate of $70 annually, subscribers will receive access to all of the material offered, from new installments of LifeDeath and Stanisci’s other projects to the process material and marketing classes with Atkins. Subscribers at the “Founding Fan” tier of $210 a year will also be able to purchase original artwork that’s featured in the newsletter.

LifeDeath began as a graphic novel written and illustrated by Stanisci with editor Joseph Navarro, colorist Andre May, and letterers Drew Gold & Dezi Sienty. The book was funded via a successful Kickstarter back in 2017 (you can read the full first chapter of the book right here). The writer & artist will again team with Navarro for the new series via Substack, which will feature colors by Steve Buccellato. Stanisci has worked in comics for several decades for publishers including DC and Marvel on titles like Spectacular Spider-Man, Batman Beyond, and Catwoman. He’s also the artist on another creator-owned graphic novel, Foundlings, co-created with Emma Kubert and also funded via Kickstarter in 2020.

In a statement announcing the launch of Origin Story, both Stanisci and Atkins described how the new venture came about and ultimately springs from their shared love of comics:

John Stanisci says “I love comics. My absolute earliest memory is reading Amazing Spider Man #116. I remember the art from John Romita on that comic BEFORE I can recall memories of my parents. My heroes were John Byrne, Frank Miller, and Joe Kubert; guys who wrote and drew their own material, who brought their own unique singular vision to life and thrilled readers like me month after month with words and pictures. I wanted to do that. It’s taken a long while, but I have never lost sight of my childhood dream. Today, on my birthday no less (!), I am so proud and happy to launch Origin Story with my great friend, Jeremy Atkins. He LOVES comics too, just as I do. Along with Joe Navarra, we are so excited to launch my original Sci Fi series LIFEDEATH as the first project on our Substack. Yes, there will be more projects to announce in the days ahead, but for today, thanks to the partnership with Jeremy, I get to bring my own comic series to the world. My one true sincere hope is that we can provide some small taste of the thrill I had as a kid following the work of my heroes. Thanks for joining us on this ride! We are just getting started!”

“John and I were originally introduced through my involvement on the original Kickstarter campaign for his first creator-owned graphic novel, LIFEDEATH” says Jeremy Atkins. “In addition to a fast friendship, I was immediately drawn to the concept, and John’s art recalls the heyday of the hard Sci-Fi of Heavy Metal magazine that blew my mind growing up. After collaborating on other projects over the years, when John told me he was returning to LIFEDEATH, we talked about where/how to best reintroduce it. With so many friends in comics putting out exciting content through their Substack newsletters, it seemed a natural home for the new series. Beyond that, we thought with John’s popular quarantine art classes through Facebook live, and my years of participating on comics publicity and marketing panels, we could collaborate on a newsletter that brings his work and our experience to an eager audience through exclusive content, classes and more.”

You can read the full first installment of Origin Story, including much more about LifeDeath and what to expect from the subscription, right now. And if you’re still on the fence about whether it’s worth signing up for, check out an exclusive look at three new pages from LifeDeath below.

NZXT is selling a powerful RTX 3070 Ti gaming PC for cheaper than expected
SDCC ’21: The 31 titles you must read in “This Manga Is Awesome”
Doctor Strange’s Secrets Revealed in Strange Tales #115, at Auction
End of Year Deals promotion comes to PlayStation Store
Angoulême 2022 makes its official selections of top French-language books