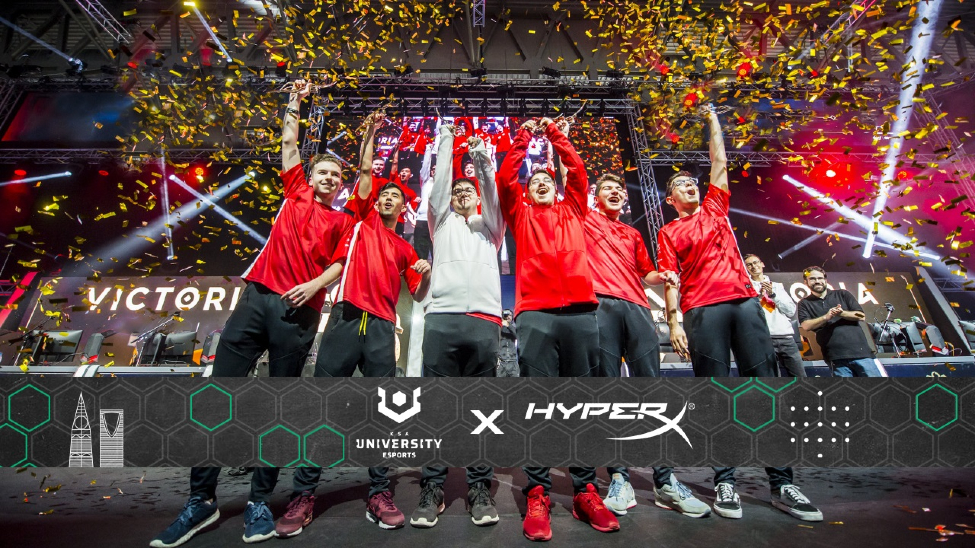 As a result, the brand will sponsor the event alongside providing players with equipment when competing.

Registrations for the inaugural tournament opened in October and will see teams competing in VALORANT, League of Legends, Rocket League, and Fortnite due to support from video game publishers Riot Games and Epic Games.

Jessany Van’t Hoff, Head of Global Gaming Partnerships at HyperX, spoke on the collaboration: “HyperX has been supporting esports for over a decade, and we are pleased to continue this by sponsoring the University Esports tournament in Saudi Arabia.

“University students are among the brightest stars of the future, and we look forward to supporting them to be their best with our high-profile gaming peripherals. Best of luck to all the teams participating.”

Alongside entering into the MENA region, UNIVERSITY Esports has hosted tournaments across Europe and LATAM.

According to a release, the tournament will feature a prize pool of over $40,000 (~£29,934) that will be distributed across the four titles.

Mario Pérez, Chief Executive Officer at MENATech MTE, added: “We’re immensely proud of this unique partnership with one of the most important gaming companies in the world and the opportunity to grow together and create impact in the Saudi University community and the esports scene.”

Esports Insider says: Esports in the MENA region is slowly building traction and with HyperX supporting one of the biggest amateur tournaments in the region, it’s certainly promising for aspiring players that look to make esports a career.