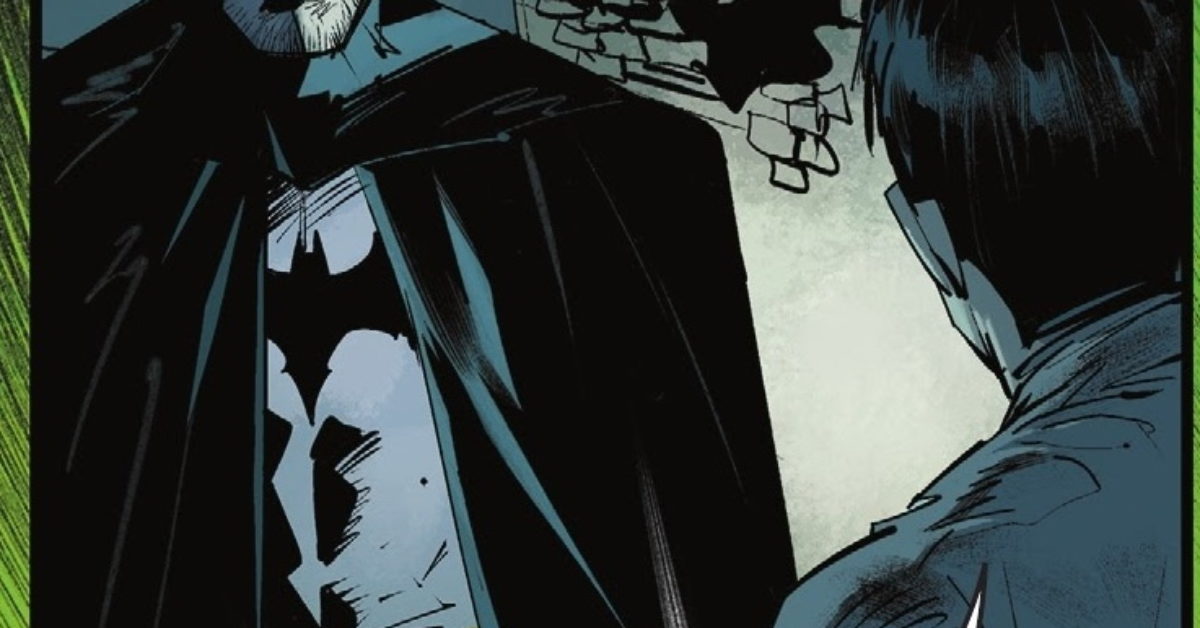 How has your Gotham Gossip been of late? Officer Nakano first appeared in Detective Comics #1027 in a story by Mariko Tamaki, Dan Mora and Tamra Bonvillain. Things did not go well for him under attack from the Joker. Batman saved his life – but not that of his partner. And Nakano was injured in the process.

And, left by Batman, Nakano made the Dark Knight the focus of his attention and ire.

And a pledge was made, one that cannot be easily undone.

Something that was underlined, for the future ahead with The Black Casebook.

In Detective Comics #1028, we saw the funeral of Nakano’s lost partner.

And it seems he was making good on his promise, happy to switch from police officer to a new way to make a change in the world around him.

Mayor Nakano of Gotham City. Preparing a new kind of hero in the wake of A-Day…

While in The Next Batman: Second Son he is facilitating the meeting between Simon Saint and Lucius Fox for the first time.

It becomes a full government edict.

While into the future of Future State: The Next Batman, Nakano was still mayor, the Magistrate were established and Nakano was working with the Fox family to defend the law when it came to killing a new Batman – unbeknownst that would be with the mother of the new Batman.

But in today’s Detective Comics #1045, we may be turning away from that Future State. Set a few issues ago in Batman continuity while the Magistrate was still in full control, Batman and Nakano have a confrontation in the sewers of Gotham.

They even have a bit of a team-up.

Which may leave to a subsequent rapprochement…

And a suggestion of a different future than the Future State. We have seen the fall of the Magistrate in recent Batman comics. But what of the future for Nakano?

Because Nakano does seem to have been affected by the encounter and has some new plans ahead.

And maybe that might include Arkham Tower mentioned in the back-up strip?

Looks like plenty of that Gotham Gossip is coming to pass… so will Nakano be sticking around as Mayor for some time? With a non-Future State-type relationship with the man in black?

DETECTIVE COMICS #1045 (FEAR STATE)
(W) Mariko Tamaki, Stephanie Phillips (A) Dan Mora, David Lapham (CA) Lee Bermejo
Batman and Mayor Nakano have freed themselves from the Vile parasite-infected sewers of Gotham City…only to find the nightmare has risen higher than they had imagined! With the city streets being overtaken by larger, (somehow even more) horrific creatures, these two enemies must put aside their differences and save the city—while there’s still time! This skin-crawling, heart-pounding, terror-inducing installment of “Fear State” will change the nature of the Dark Knight and Mayor Nakano forever, and cast an eerie shadow over the next major Bat-event to come… Then, in “Foundations” part two, Batman runs into an unlikely ally in his investigation at the Arkham Tower construction site, and believe us, Harley Quinn has a lot to say about all this! Retail: $5.99 In-Store Date: 11/23/2021