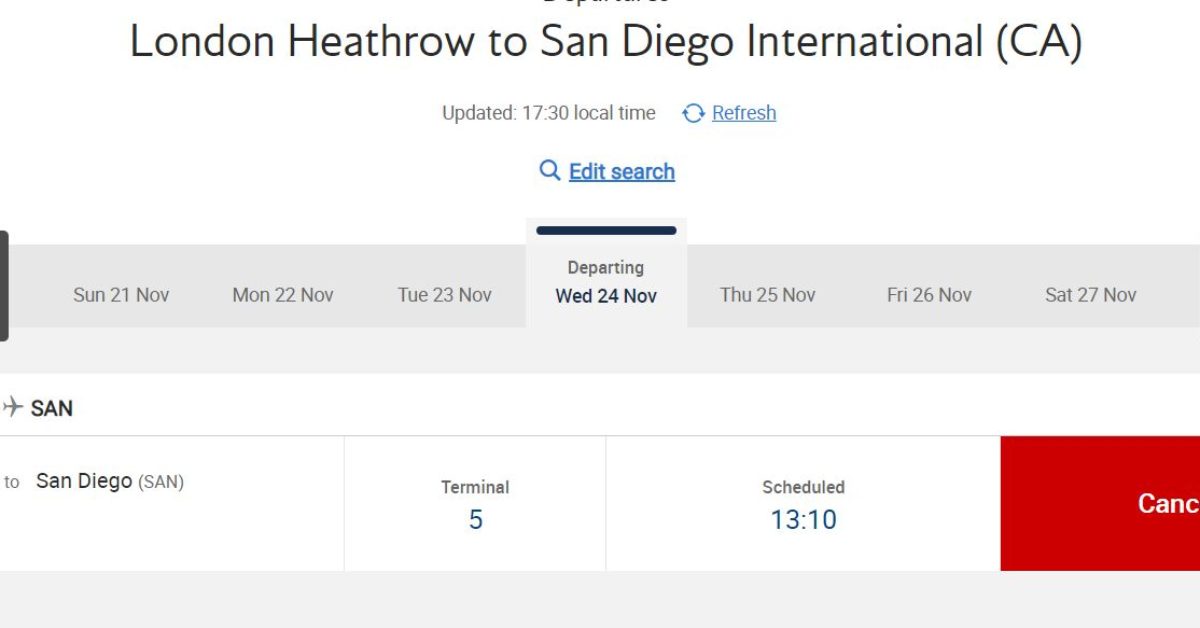 Welcome to Planes, Trains And Automobile: San Diego Edition (The British Are Coming (Potentially)). Okay, okay, yes I know, I know, these are first-world problems for me. But to others, this could be a lot worse. British Airways has just cancelled Wednesday’s direct flight from London Heathrow to San Diego, the one direct flight before Thanksgiving on Thursday and the only direct flight before San Diego Comic-Con: Special Edition kicks off on Friday.

I had booked San Diego seats on that outgoing flight back in May on the off chance that the law would allow me to fly – and it did, by weeks. I was boasting about it at Thought Bubble and LFCC. I sorted out my ESTA, my COVID test, my vaccination proof, my AirBNB with Tiffany in the Gaslamp District, the lot. And, just trying to do some early online checking in today discovered a complete lack of flight. Enter hubris.

Thanks to the people at Netflights, I have now rearranged an “indirect flight” via Chicago, with American Airlines, leaving three hours earlier, arriving three hours later, so I’ll miss press check-in. Also, the relative luxury of an international flight all the way, will be replaced with one half the way and getting on a Planes Trains and Automobiles plane for the last leg.

Now I am not rushing to meet family, so for me, it’s an inconvenience. For others who, like me, might until now not have even been aware the flight was cancelled, it’s a whole different kettle of fish. I am also aware that a bevy of Brits and Europeans were taking that direct flight, and may just be discovering its absence as well… because British Airways didn’t choose to tell me until just now. Am I alone? Is anyone else going to be suffering the same fate? And should I just surrender to whatever fate throws at me?