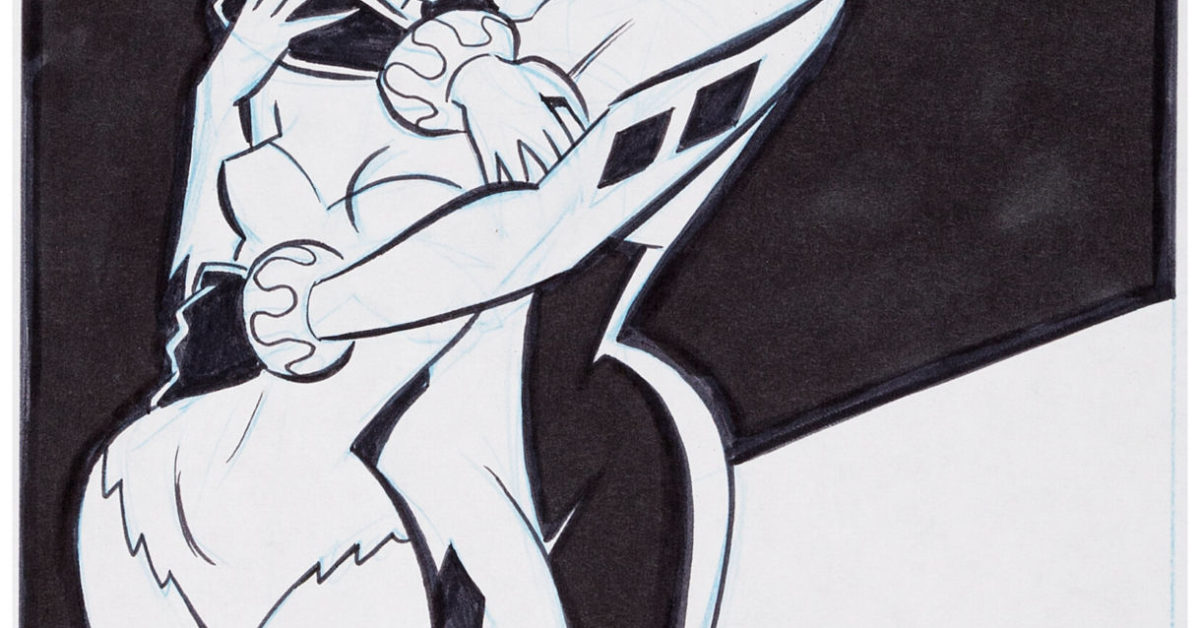 Harley Quinn and Poison Ivy have become comics “It” couple for the last couple of years, after a long time flirting with each other as fans hoped for them to get together. Not just in comics either: tv shows, films, and cartoons as well. Fans cannot get enough of the pair, and Batman: The Animated Series creator Bruce Timm has been right there teasing it for years now. Up for auction at Heritage Auctions, today is a beautiful sketch by the artist featuring Harley Quinn hugging Poison Ivy from behind in a cute pose. Currently sitting at $975, this one is continuing to climb as I write these words. Check it out below.

“Bruce Timm – Harley and Ivy Illustration Original Art (undated) A lovely couple’s portrait of Harley Quinn and Poison Ivy rendered by Harley Quinn’s co-creator, legendary animator, and multiple Eisner Award winner, Bruce Timm. Best known for his contributions as a character designer, animator, writer, and producer for the DC Comics animated franchise. Ink over blue pencil on art paper with an image area of 6.25″ x 10″. Signed and in Excellent condition.” If you were going to get a sketch of these two together, I would think this is the person you would want it from. The man who helped create Harley Quinn and redefined Poison Ivy? Yes, please.

This is a slam dunk purchase for a fan. Who wouldn’t want this? Go here, get more information on this sketch, and place a bet if you have the funds. Hopefully, a really big fan of the pair gets their hands on this. While you are there, click around and take a look at the other fantastic art taking bids today, as there is some great stuff waiting for you to check it out.