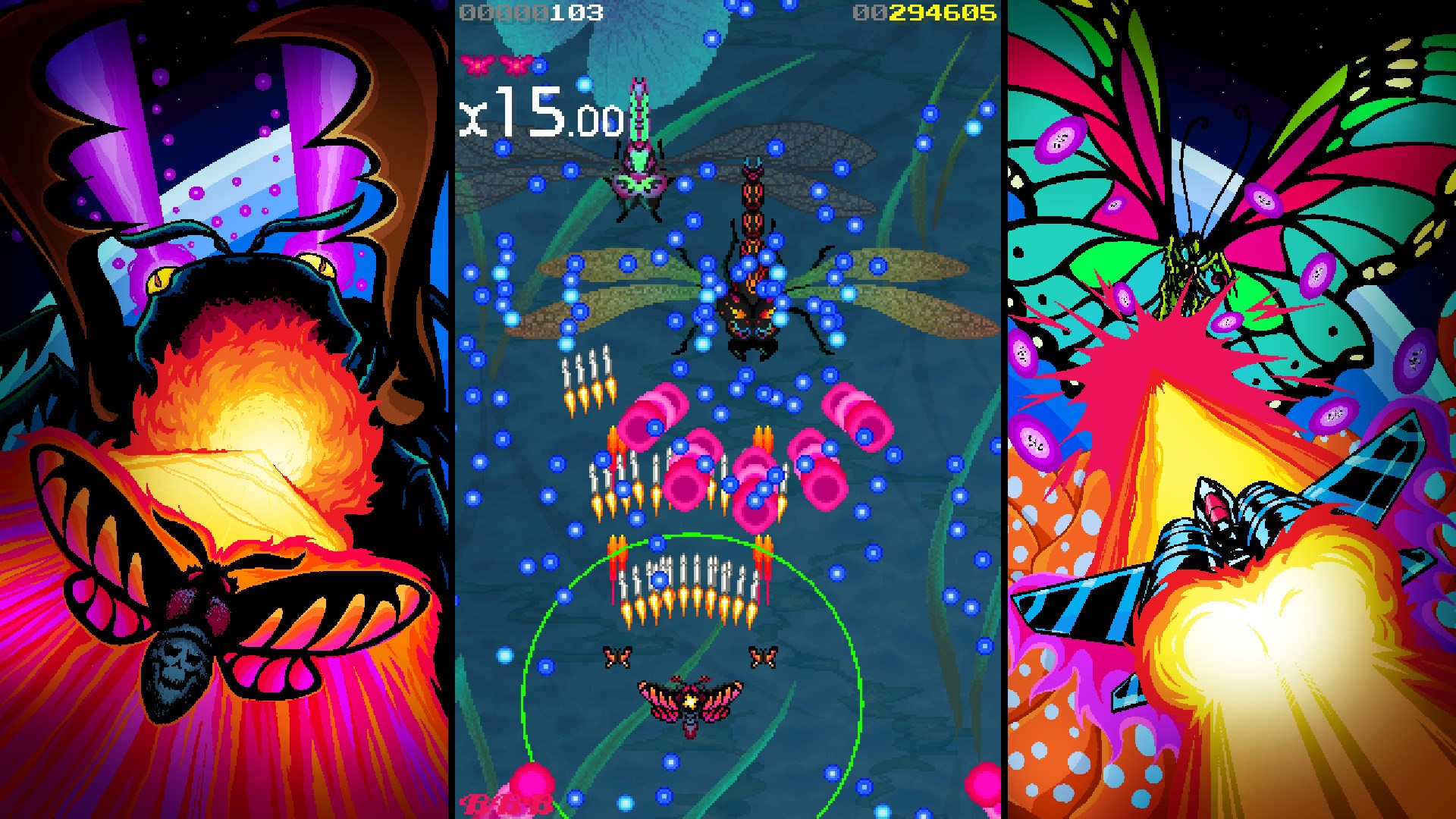 Chorus Worldwide and 1CC Games are on a bit of a roll and on the back of a rather successful release of Star Hunter DX a few months back, console and PC players are now given the opportunity to shoot for the moon in the ultimate version of a much-loved classic – Space Moth: Lunar Edition.

Available on Xbox One, Xbox Series X|S, PS4, PS4, Nintendo Switch and PC through Steam, Space Moth: Lunar Edition is a super-fast, super-colourful bullet-hell affair in which the challenge is most definitely real.

It takes the base game of Space Moth, that of the DX version which has been on Steam for some years, before throwing the Lunar Edition tag at all. Now, that means that Space Moth fans will be in their element, treated to newly upgraded visuals, more enemies than ever before and better attacks to throw out.

It still comes with the same slightly psychedelic shoot ’em up action, but that is accompanied by a deeper scoring system, more player powers than ever before, and a remixed soundtrack to keep things buzzing.

Whether you’re a newbie to the shmup scene, or a total veteran of the scene, honing your skills over the years, Space Moth: Lunar Edition is certainly looking like it needs to be checked out, pronto.

We’ll be doing that just as soon as we can, dropping a full review of Space Moth: Lunar Edition on Xbox out there. If you wish to get yourself involved, you’ll find the digital stores for Xbox, PlayStation, Switch and PC all able to offer up the gaming chances. The Xbox Store link you need is here. £5.79 seems a more than acceptable price to pay.