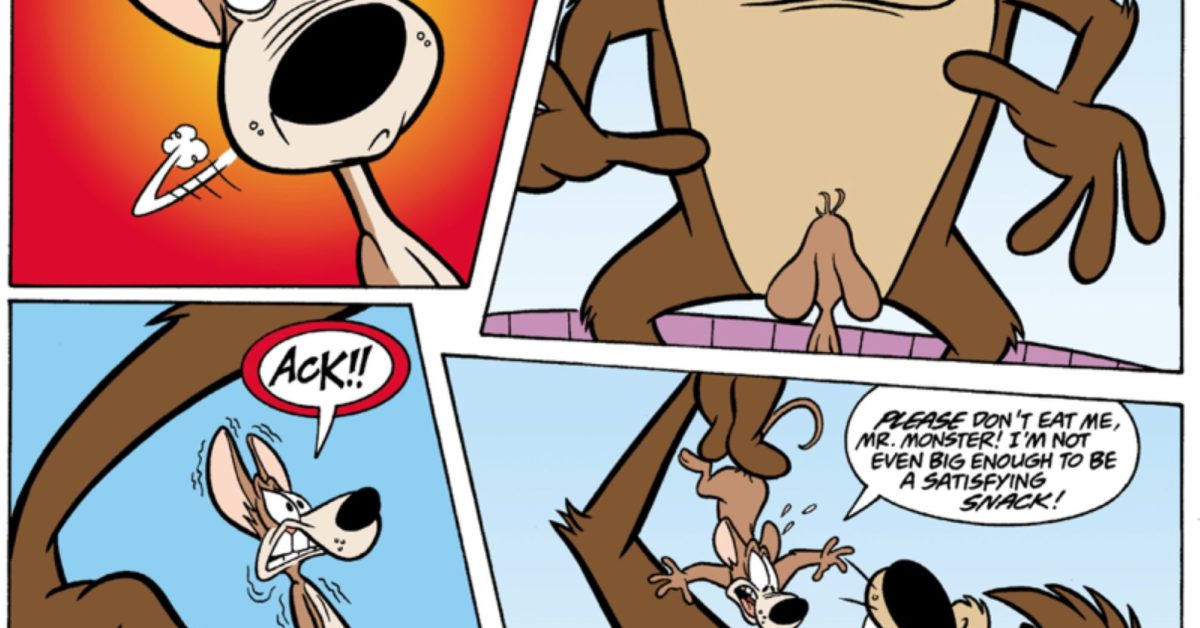 It’s Tasmanian Devil time! Yesterday, Bleeding Cool reported on Moona is a Russian TikTok user and her use of the Multiple Freeze Frame effect to create Supergirl posed with, for want of a better word, the appearance of hanging testicles courtesy of the placement of her knees. As if it were done accidentally but actually completely deliberately. Yesterday DC Comics gives us an official sequel in their Looney Tunes #263 comic book by Derek Fridolfs and Dave Alvarez featuring the Tazmanian Devil. Was this any more accidental or was it as deliberate as it appears?

The Tasmanian Devil commonly referred to as Taz, is an animated cartoon character featured in the Warner Bros. Looney Tunes and Merrie Melodies series of cartoons. His creator Robert McKimson based the character on the real life Tasmanian devil, or more specifically its carnivorous nature, voracious appetite, and surly disposition. After his first film with Bigs Bunny, producer Edward Selzer, head of the Warner Bros. animation studio, ordered McKimson to shelve the character, feeling that he was too violent for children, and that parents would dislike him. Though fan letters changed the studio’s mind, the character appeared in only five shorts before Warner Bros. Cartoons shut down in 1964. Decades later, marketing and television appearances later propelled Taz to new popularity in the 1990s. Taz is generally portrayed as a ferocious, albeit dim-witted, carnivore with a notoriously short temper and little patience. Though he can be very devious, he is also sweet at times and his enormous appetite seems to know no bounds, as he will eat anything in his path. He is best known for his speech consisting mostly of grunts, growls, and rasps, though in his earlier appearances, he does speak English with primitive grammar, as well as his ability to spin like a vortex and bite through nearly anything.