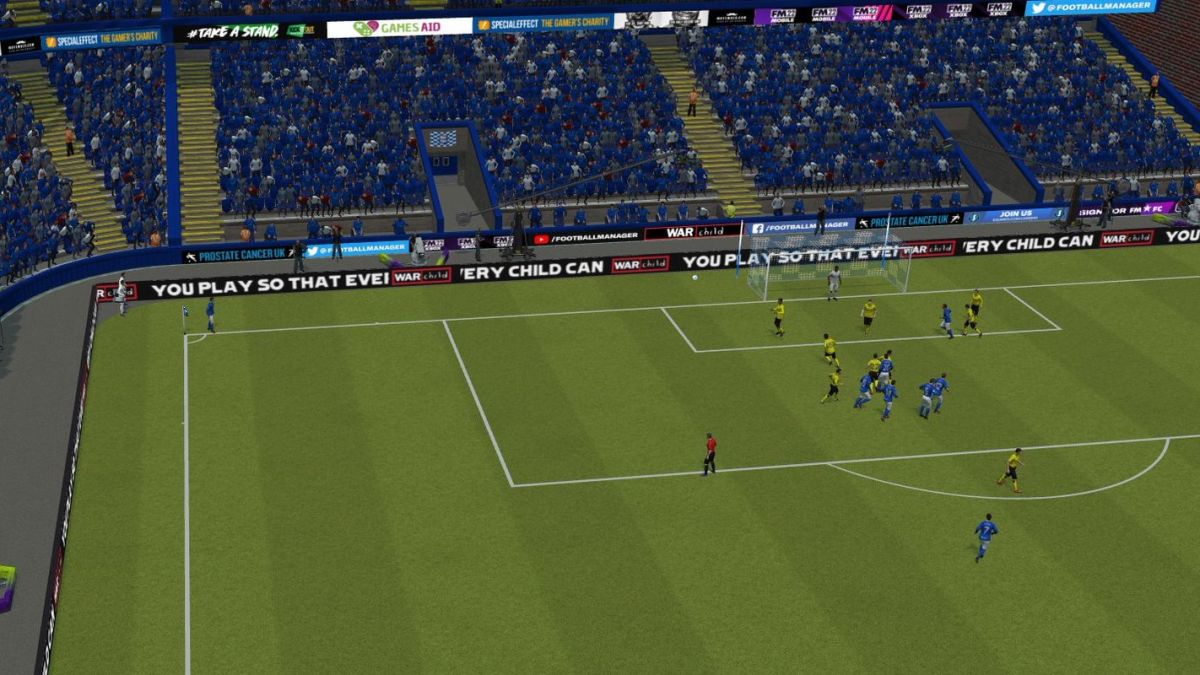 Want to know the best FM22 players in this year’s entry? ‘The best players and the best teams,’ sounds like a pitch for the European Super League, but even the most cynical of will feel a giddy frisson at the idea of have the chance at lording the perfect squad over the rest of the world.

Likewise, whether it’s an über-clubs or a promising projects, taking the reigns at the best FM22 teams to manage is tempting, too. Let us direct your attention to all these shiny things.

Édouard Mendy, 29
A revelation at Chelsea. Lampard’s finest work as the Blues’ manager was bringing the Senegalese stopper from Rennes. He has the joint-best save percentage in a league crammed with goalkeeping talent. At some point he’ll have a bad spell, and how he recovers from it will be the difference between being a good keeper and one of the greats.

Trent Alexander-Arnold, 23
Data doesn’t lie. It can obfuscate and be analysed in different ways, but they don’t pay attention to popularity or club allegiance. You might hate Liverpool, but statistically he’s the best wing-back in the world, right now, according to half a dozen algorithms.

Virgil van Dijk, 30
If you consider the Dutchman overrated, I can only point to Liverpool’s contrasting seasons with and without him. He was the missing piece in Klopp’s side, turning a work-in-progress into one of the best in Europe and eventual Champions, and when he missed last season the Reds looked woeful.

Rúben Dias, 24
There was nothing much wrong with his performances for O Glorioso, but you have to give Guardiola credit for recognising that Dias was the missing piece at City, and that Dias was one of the best centre-backs in the world. Also, he somehow persuaded Benfica to take Otamendi in part-exchange, swapping an old escort for a Porsche.

Alphonso Davies, 21
Born in a refugee camp, destined for Ballon d’Or greatness. Canadian Davies isn’t on the cover of FIFA yet, but that’s just a matter of time. With wing-backs being the hot topic in FM22, fill that left-wing with 69kg of speed and dazzle.

N’Golo Kante, 30
Back in 2016, the joke went, where do Leicester play Kante? In the middle. And on the left. And on the right. Since then he‘s been a European and World Champion. He’s also only 5’6”. Amazing.

Kevin De Bruyne, 30
The ‘Complete Footballer’ and an assist machine. He has possibly peaked, or it might be just a dip in form, but he’ll grace any midfield, anywhere, for years to come. He might be viewed as a fixture at Man City, but Pep isn’t sentimental—just look how he’s treating Sterling right now. But is your digital simulation that ruthless?

Erling Haaland, 21
78 goals in 80 appearances at club and international level since the start of 2019. A goal a game. The idea that he might get better with age is terrifying.

Kylian Mbappé, 22
He’s a little obvious, but he’s looking for a move from PSG. Unlike Neymar Jr, his wages aren’t quite as obscene, and if you can inspire him to real consistency, as opposed to consistently disappointing, you’d be unstoppable.

Mohamed Salah, 29
A god at his peak. Some might grumble at his chance-to-goal ratio, but 105 in 155 for Liverpool at time of writing can’t be ignored. The Egyptian’s contract saga at Anfield trundles on… so can you take advantage of his club’s frugality?

Youssoufa Moukoko, 16
Yes, he’s an FM22 wonderkid. Yes, he’s a child. Yes, this is supposed to be the best of the best, etc. but I’m letting my gut talk here.

The best FM22 teams to manage

Atlético Madrid
With Barca in all kinds of trouble and Real Madrid the perennial poisoned chalice, the Colchoneros are the best choice in La Liga. The team is strong in every department, expectations are reasonable, the Wanda Metropolitano is huge and new… the question is, can you inspire the squad the way Simeone has?

Liverpool
If hoovering up the world’s top talent is your aim, then the Reds are not the team for you. They start FM22 with a meagre budget while the scouts howl about Mbappé and the oil money goes into overdrive elsewhere. But, if you find the transfer market’s buy-to-win ethos the least interesting bit of the game, then Liverpool’s for you. There’s class in every position and some really hot youngsters chomping at the bit and ready to step up. The board’s expectations are ridiculous, to be honest, with two finals and a Premier League win demanded in your first season, so the challenge is fierce.

Celtic
Build an empire. Yes, the Scottish Premiership is parochial, but the potential is enormous, with a virtually guaranteed go at the Champions League every season. It’s a mission for those canny enough in the transfer market to unearth van Dijks and Édouards at knockdown prices. Since the team is in a rebuilding phase, it’s all ready for you to put your personal stamp on everything they do. Be dominant in the league, tactically astute in Europe, and grow from there.

Borussia Dortmund
The German giant it’s okay to like. They’re currently awash with talent, and possibly the world’s best striker. Keep Haaland and anything is possible, although judicious reinvestment of his inevitable transfer fee also offers the potential of constructing a Bayern-killing machine.

Paris Saint-Germain
Infinite money. Neymar Jr, Mbappé, Messi, Draxler, Ramos, Di Maria, Donnarumma, and Herrera. If you don’t win everything you should be ashamed of yourself… but it’s never that easy, is it?

Newcastle United
A late entry, here, as unconscionable amounts of money flow into the Sports Direct Insurance Family Stadium. You either find the Geordie Messiah thing endearing or insufferable, or people calling a football club, a ‘project’. Yet, if you want the mega-millions later, you’ll have to steady the Magpies now, with their rather uninspiring squad.

PREVIEW: In February, WORLD CLASS Arrives!
Can’t Get An Analogue Pocket? This Cheap And Dinky Handheld Might Plug The Gap
The Most Anticipated Games of 2022 (According to Team Xbox)
FlyQuest names Mastercard as financial partner for its LoL teams
What Did Peter Parker Do That Was So Bad, For Spider-Man Relaunch?