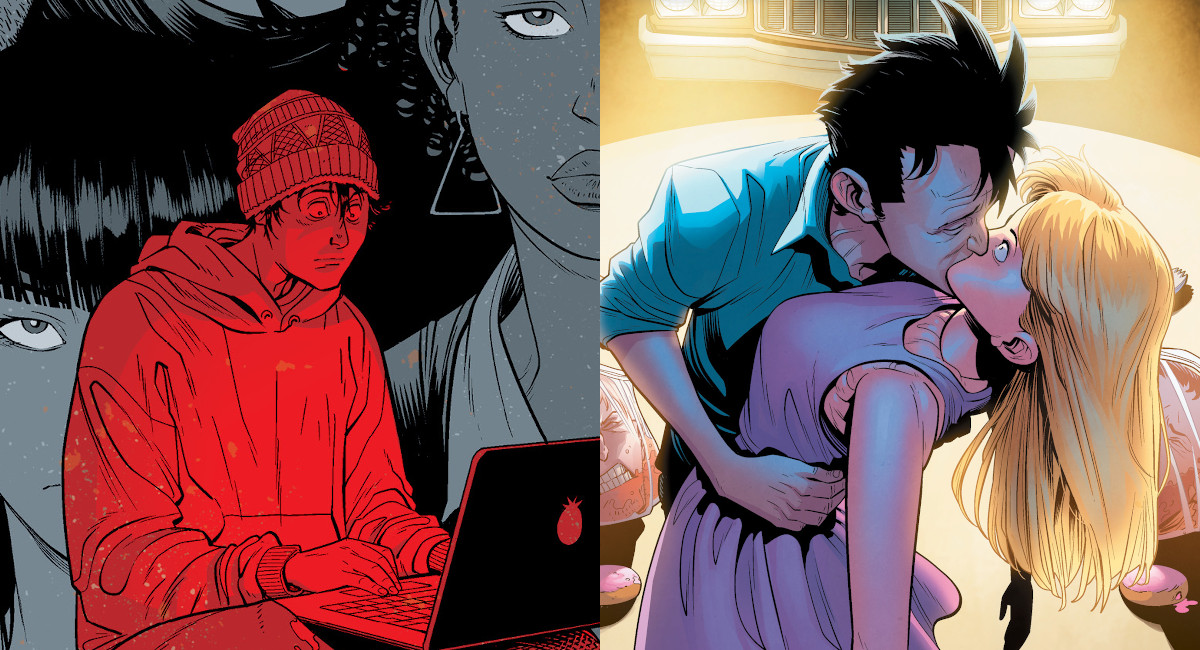 12-Gauge Comics, the studio behind titles like The Ride, Matador, and Vinyl, is currently running a Kickstarter campaign to fund production of a pair of new projects. Narco is a new crime thriller graphic novel from writer Doug Wagner, artist Daniel Hillyard, colorist Dave Stewart, and letterer Ed Dukeshire. Along with Narco, the Kickstarter campaign is also to fund a deluxe edition hardcover of Plastic, the series from Wagner, Hillyard, Dukeshire, and colorist Laura Martin originally published by Image Comics, which will include a new six-page story by the original creative team. Today The Beat is pleased to present both a four-page preview of Narco and an exclusive look at a pair of new pages from Plastic.

MARCUS WESPHAL suffers from severe narcolepsy. His condition is peculiar—if he gets overly excited or stressed, he passes out.

However, he’s adapted well. He has all his groceries delivered; he’s got good friends, he’s developed quite a following as an online sleuth, and he admires the girl of his dreams, JESSICA WRIGHT, through his front door peephole (he’s working up the courage to ask her out, OK?!). Marcus has crafted the perfect bubble for himself. But when he watches Jessica get murdered right before his eyes, helpless to do anything about it before passing out, that bubble bursts.

Marcus is now the prime suspect in Jessica’s murder. If he’s going to prove his innocence, he will have to leave the safety of his apartment and track down the real killer. Or, could he possibly be the killer and not even know it?

Plastic follows Edwyn, a former serial killer forced back into his old life after his girlfriend, a sex doll he calls Virginia, is kidnapped. Stolen? Can a sex doll be kidnapped? I’m not clear on the logistics of that. Either way, it’s a weird situation.

Talking to The Beat about revisiting Plastic, writer Wagner described how the new pages enhance the originally-published story:

The truth is I’m a character guy first and foremost. When I wrote the first PLASTIC story, I fell in love with this quirky, affable, lovable serial killer and how he interacted with the world around him. When I was given the opportunity to revisit Edwyn, all I wanted to do was tell more of his story, add to his richness, and dive deeper into the whens, whats, and whys of how this lovely, raging death of a man came to be.

Check out the four-page preview of Narco, as well as the exclusive preview of lineart for two of the new pages from Plastic, below. The Kickstarter campaign to fund production of both books runs until Thursday, November 18th, at 4:12 PM Eastern.