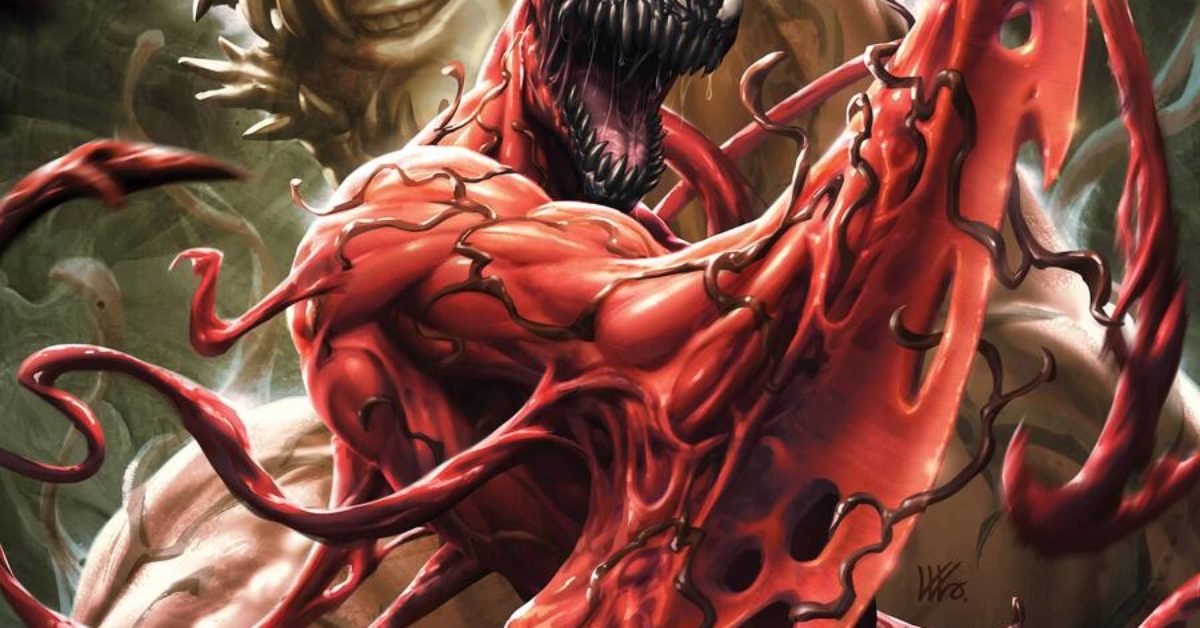 To celebrate 30 years of murderous symbiote Carnage making them craploads of money, Marvel is throwing him a birthday party in the only way they know how: with a new number one issue. Well, technically, two number one issues! Carnage Forever #1 will be a one-shot anthology comic featuring contributions from Phillip Kennedy Johnson, Ram V, Ty Templeton, Edgar Salazar, and more, out in February. Then, in March, a new ongoing series for Carnage, with more details on that coming soon. Of course, as we all know, launching a series with a new number one issue but double-dipping by releasing an overpriced special the month before is one of Joe Quesada’s 22 Cheap Sales-Boosting Gimmicks That Always Work, a series of tricks used by comic book editors to increase comic book sales by any means other than caring about what’s in the actual comics. But you already knew that.

It’s been 30 years since Carnage slashed his way into the Marvel Universe and went on to become one of the most terrifying villains in comic book history. This February, Marvel is proud to celebrate this bloodthirsty icon in a special one-shot titled CARNAGE FOREVER. Featuring stories by an all-star assembly of creators including Phillip Kennedy Johnson, Ram V, Ty Templeton, and Edgar Salazar, this one-shot will be packed with violent stories from everyone’s favorite symbiote serial killer’s notorious past, present, and future!

And also from the press release, the thoughts of Phillip Kennedy Johnson on the whole thing:

What makes Carnage such a fun challenge to write is that everyone THINKS they know what to expect from him. I’m a huge fan of horror stories in any medium, and getting to lean into the unbridled violence and terror of Carnage—while also finding new ways to subvert reader expectations—has made it a complete thrill.

We’ve seen plenty of ‘slasher film’ takes on Carnage, and in EXTREME CARNAGE we got to see him and his family in a sort of Manchurian Candidate context. For CARNAGE FOREVER, I wanted to show Carnage in an almost Exorcist-like setting. Without spoiling it, we see him make an unexpected bond with a very unexpected kind of character, with all the grisly and horrifying consequences Carnage fans have come to expect.

It’s been a lot of fun working in the Symbiote corner of the Marvel Universe. Now with CARNAGE FOREVER, I’m thrilled to have a chance to tell some absolutely twisted tales for the killer symbiote for this anniversary collection and perhaps seed some ideas for things to come!

Carnage Forever #1 is out on February 23rd. Marvel didn’t name a price, but we’re thinking, at minimum, $7.99. It’s not every day your little symbiote turns 30, after all, so you might as well milk it for all it’s got.