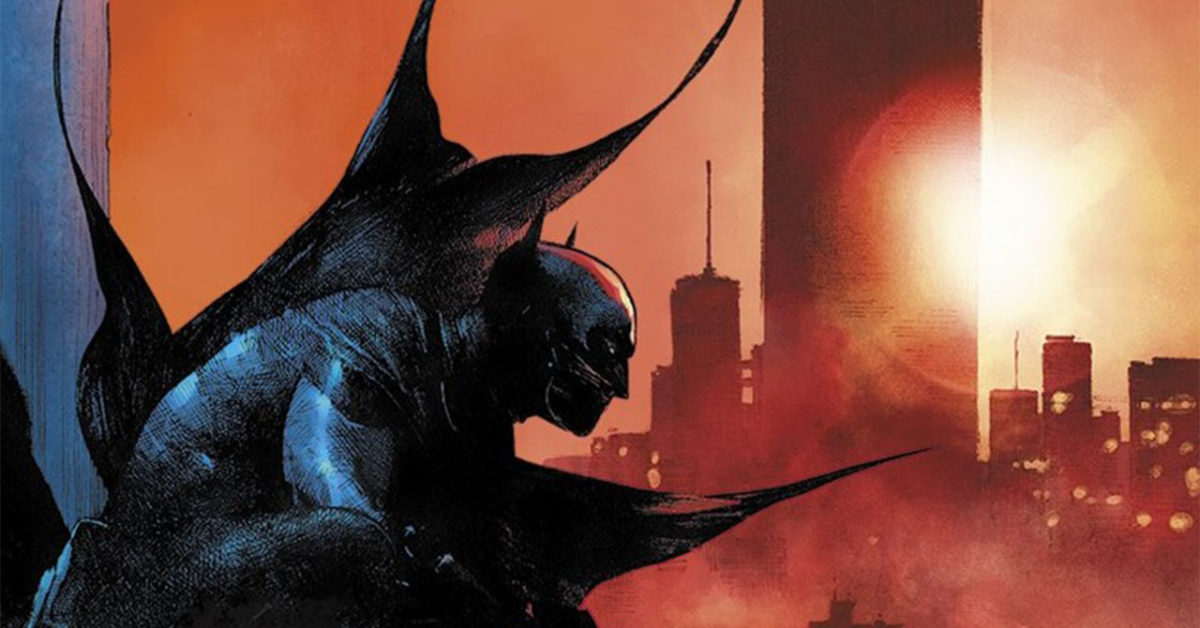 This week’s Batman #117 is James Tynion IV‘s last issue on the run, and as we’ve known for a while now, Bruce Wayne will leave Gotham City (permanently, apparently) with Batman #118, written by Josh Williamson with artwork by Jorge Molina.  Tynion had been planning to set this move into motion for some time.  Now comes word that Jace Fox will be leaving Gotham to make New York City his new home base with I Am Batman #6.  Gotham City had been the name of Batman’s base of operations since Detective Comics #48 (also the issue that named the Batmobile, incidentally).  I Am Batman #6 by John Ridley and Ken Lashley is on sale on February 8, 2022.

No one, including Batman and his allies, have escaped the last year without some battle scars, and Jace Fox and his family are no exception. The fallout from the Fear State attack on Gotham City forces Jace and his family to leave Gotham and Lucius & Luke Fox for a new home base. Beginning with issue #6 of Academy Award-winning screenwriter John Ridley (12 Years A Slave, The Other History of the DC Universe, The American Way)’s I Am Batman, the series shifts permanently to New York.

I Am Batman #6 marks the first time an ongoing Batman title will be based in New York City since issue #47 of Detective Comics in January 1941. Gotham City makes its official debut in the DC Universe later that same year, in Batman #4 and Detective Comics #48.

“I’m incredibly excited about charting this new direction for Jace and the Fox family,” said Ridley. “This new setting is a great opportunity to do some really creative world building and give Jace his own allies, adversaries, and challenges that will continue to shape and define him as his own character under the cape and cowl.”

From his first appearance in DC’s Future State event, to developing his history and mission in The Next Batman: Second Son, to joining Batman and his allies in defeating The Scarecrow and The Magistrate in Fear State, Jace Fox has become a rich addition to the Bat-family at the hands of Ridley.

On sale February 8, 2022, I Am Batman #6 (“Empire State of Mind”) features art by Ken Lashley, colors by Rex Lokus and letters by Troy Peteri. The book features a main cover by Olivier Coipel and Alex Sinclair, with a primary variant by Francesco Mattina. Fans can also pre-order the book with a special 1:25 ratio variant cover by Khary Randolph and Emilio Lopez, as well as a special

Black History Month variant cover by Alexis Franklin. Be sure to check your local comic book store for details and availability.

To see exactly what drives Jace and his family to move to New York, make sure to also check out I Am Batman #5, available in stores and on participating digital platforms on Tuesday, January 11. 2022. The DC UNIVERSE INFINITE digital subscription service also includes a great selection of John Ridley-penned titles, including Future State: The Next Batman, The Other History of the DC Universe, The American Way, and The American Way: Those Above and Those Below. For more information and a free trial, visit the website at www.dcuniverseinfinite.com.