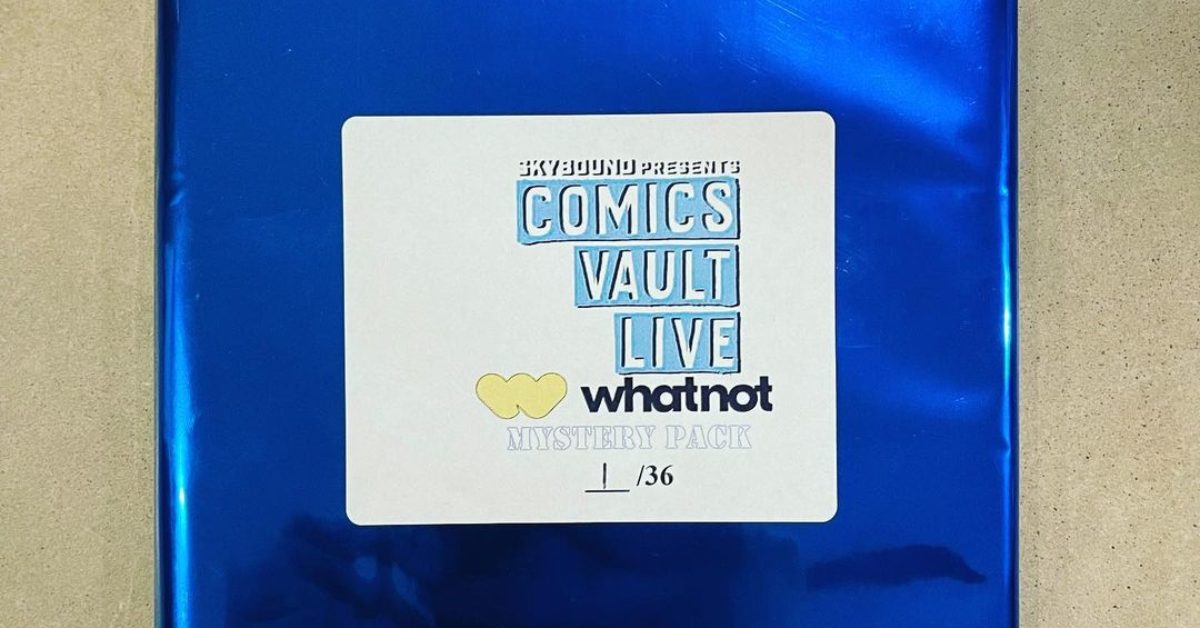 Many of the year’s hottest new limited-edition drops have come from Comics Vault Live, the hit stream hosted by Shawn “Big Clutch” Kirkham and produced by Skybound. But the biggest drop might be their Tyler “No Relation to Big Clutch” Kirkham variant to Invincible #1 in partnership with Whatnot, the Twitch-meets-eBay app that’s been signing up the biggest names in online comics sales over the last year (and includes A-listers like Logan Paul as investors). A couple months ago we asked if $711 was a deal for this variant and well… yes, yes it was.

A CGC 9.8 copy of the Invincible #1 Kirkham Gold Foil variant just sold yesterday for $2,000, almost tripling the previous high. Meanwhile, a CBCS 9.2 copy recently sold for $1,500 and an ungraded version was close behind at $1200. There’s also been a significant jump in the price of raw standard copies to $430, – which is a 60% price jump over the previous high. Raw copies of the virgin variant are already selling for over $500, meaning the ceiling on graded copies may also be somewhere in the four figures.

Now Big Clutch is making thirty-six more Invincible #1 blind bags available on Friday during his CVL stream on Whatnot at 4pm, with one version of the variant guaranteed per bag along with other rare CVL variants. But will the bidding reach the previous record high of $1,500 for a blind bag…or go even higher?

Even with Whatnot stating plans to make the limited remaining copies of these variants available in the near future, it’s very possible that we could see the Invincible #1 Whatnot variants jumping even higher after everyone has done their holiday shopping and be back here discussing how $2,000 was a steal for the hottest variant cover of the year.