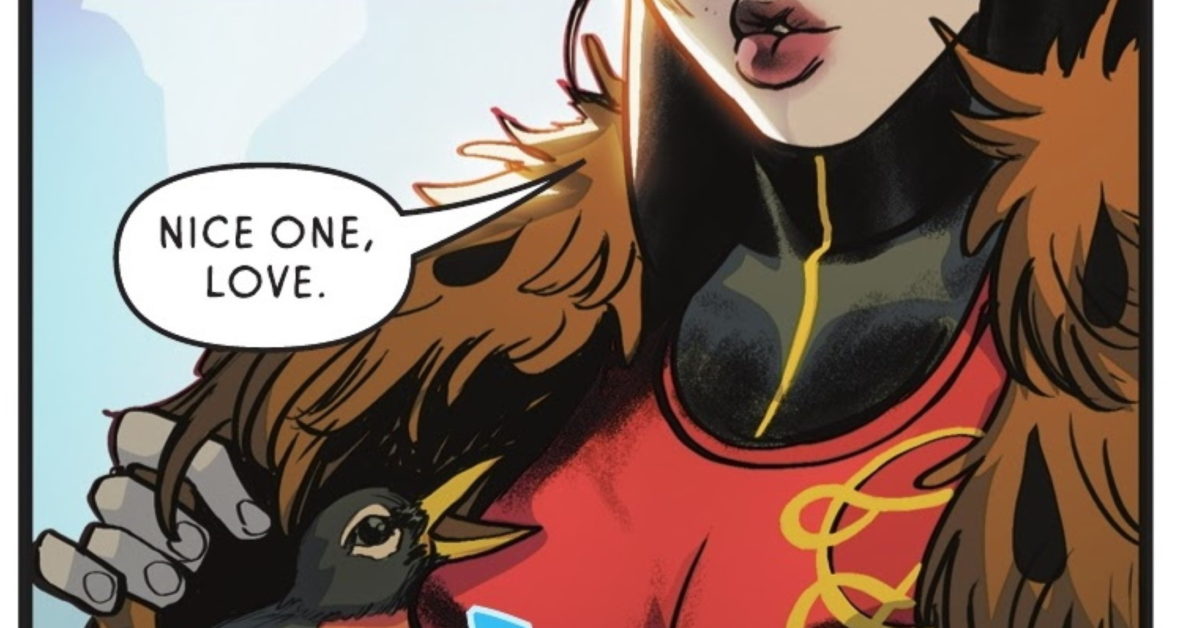 Tomorrow sees the release of Robins #1 in print. But the comic by Tim Seeley and Baldemar Rivas which appropriately won the DC Round Robin Tournament, was published first on the DC Universe app which is still inexplicable unavailable outside of the USA unless you use a US credit card registered to a US address and a US IP. So, that’s basically me.

But it has given print speculator purchasers a head start in the knowledge that the series, as well as showing all the Robins and exploring their relationship with each other, and Batman., introduces a brand new Robin. With the suggestion that she’s been around a lot longer than one may think.

But also this week we have seen the release of Robins #2 on the DC Universe App.

Which suggests that this new – or old – Robin, is now an assassin.

And also might be English – from Yorkshire, Lancashire, or the West Country, using vernacular like “love” as an endearment.

ROBINS #1 (OF 6) CVR A BALDEMAR RIVAS
(W) Tim Seeley (A/CA) Baldemar Rivas
The five heroes to have donned the Robin cape and mask find themselves at a crossroads in their lives. Dick Grayson, Jason Todd, Tim Drake, Stephanie Brown, and Damian Wayne come together to discuss the big thing that binds them together: Was being Robin, and Batman’s sidekick, the best choice they could’ve made? But before they can get to the heart of the matter, they’re ambushed by an unknown assailant with a bone to pick with them. She claims to have been the first Robin, and she’s out to prove Batman should’ve never trained any of them. Winner of DC’s Round Robin tournament, as chosen by you, the readers! Retail: $3.99 In-Store Date: 11/16/2021

ROBINS #2 (OF 6) CVR A BALDEMAR RIVAS
(W) Tim Seeley (A/CA) Baldemar Rivas
The former Robins launch into action after the assault at Dick Grayson’s apartment. Not wanting to turn to Batman for help, the five former wonders start to investigate on their own by digging deep into their pasts. But what is their assailant’s connection to the Robin name, and why are they coming after the ex-sidekicks?
Retail: $3.99 In-Store Date: 12/21/2021

Who Needs Rainforests When You Can Have Sweet Darkhawk NFTs?
Shadow Tactics: Blades of the Shogun – Aiko’s Choice Review
Mini Review: The Binding Of Isaac: Repentance – A Welcome Rebalance For The Roguelite Classic
Garfield revealed as free DLC for Nickelodeon All-Star Brawl, available on Nintendo Switch “later this month”
Nick Offerman Joins The Last of Us HBO Series Cast as Bill After Con O’Neill Bows Out of the Show