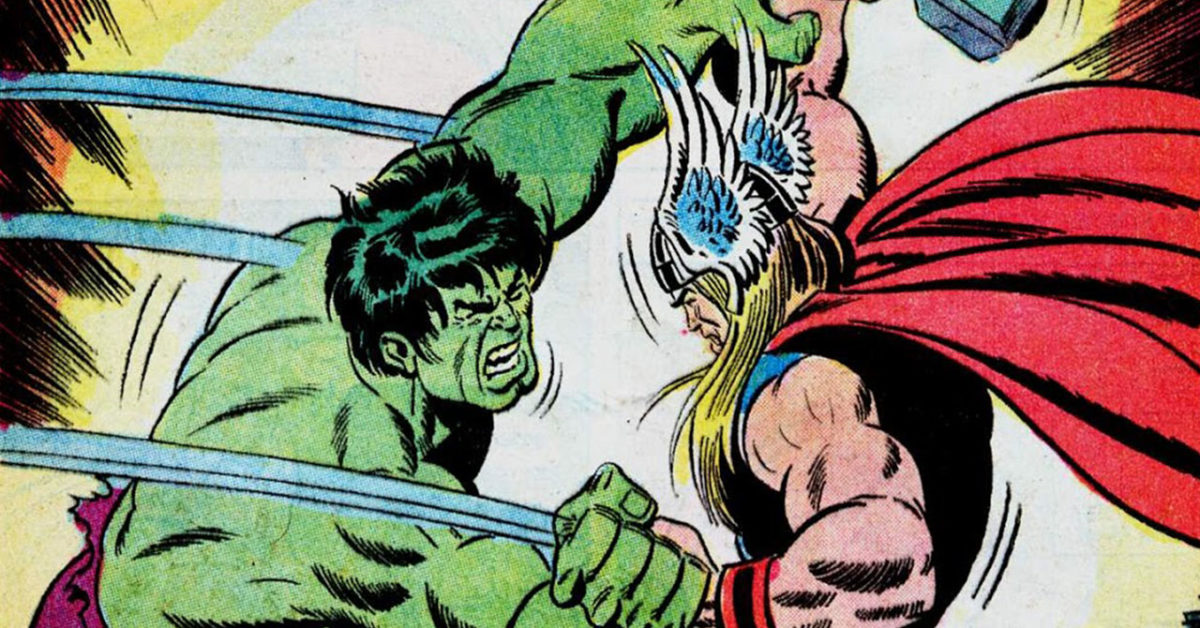 Who is the strongest hero in the Marvel Universe?  It’s a question that fans have debated for decades, and it often centers around two well-known powerhouses — the Incredible Hulk and the Mighty Thor.  The characters first met when the Hulk squared off against the rest of the Avengers in Avengers #1, but memorably faced each other one on one for the first time in Journey into Mystery #112.  That issue includes the fascinating framework of having been told by Thor to a group of fans who were arguing over which character was stronger.  But from that moment through the battle between the two in Thor: Ragnarok in the Marvel Cinematic Universe, the matter never seems quite decided in a definitive fashion.  Which is perfectly fine, because that means these confrontations can just keep on happening.  Their 1973 battle in Defenders was another gem, and there’s a super high-grade Defenders #10 (Marvel, 1973) CGC NM/MT 9.8 White pages up for auction this week at the 2021 November 14-15 Sunday & Monday Comic Books Select Auction #122146 at Heritage Auctions.

It’s an opportune time to pick up a choice copy of this battle because as 2022 is the 60th anniversary of both characters, and there are plans to revisit the Thor vs Hulk confrontation in a spectacular way, “You know, next year is the anniversary of Thor and Hulk. It’s like the 60th or something anniversary of both characters. And there hasn’t been a writer writing both of those books at the same time since Stan. And as far as the Donny Cates like, whatever saga or mythology goes, I would be remiss if I didn’t take that opportunity to make the fucking craziest fight that Marvel Comics has ever seen. Marvel saw fit, somehow, to give me the most powerful characters in the entire pantheon. And then they were, like, shocked when things got violent.”

Thor vs Hulk is a super-hero fight that never gets old, and there’s a gorgeous high-grade example of one of their battles in Defenders #10 (Marvel, 1973) CGC NM/MT 9.8 White pages up for auction this week at the 2021 November 14-15 Sunday & Monday Comic Books Select Auction #122146 at Heritage Auctions.

View the certification for CGC Certification ID 1445051015 and purchase grader’s notes if available.